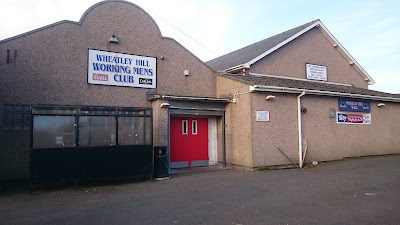 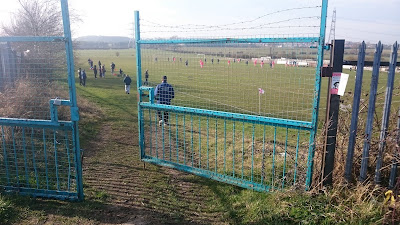 Wheatley Hill is a former mining village in County Durham, sandwiched in between the A1 and A19 motorways, 6 miles west of Peterlee.
Wheatley Hill WMC FC were the last winners of the Durham Alliance Combination League, winning the title in 2016-17 and the final season, before this new division was formed in the summer. 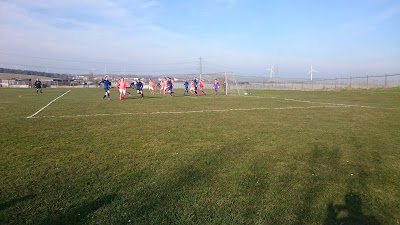 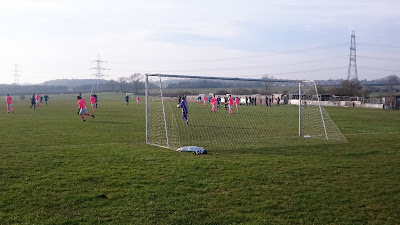 The ground was once the site of a fire station, found at the end of Quilstyle Road, with players using the working mens club further along the street for dressing rooms. The ground is enclosed, bordering with allotments at the far side and a second pitch at the far end. I recently heard a story about when the old fire station was still there. The then manager of Wheatley Hill told the referee that if the fire alarm bell went off during the match, two of his players would have to immediately leave the game. I suppose the opposition that day would be hoping for a fire to break out close by to gain that two man advantage. 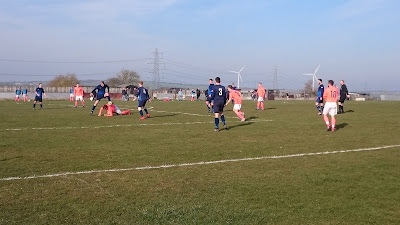 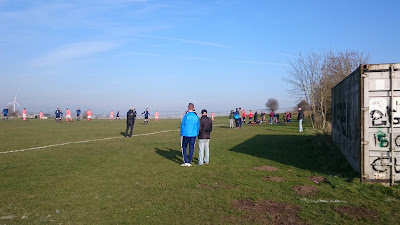 Durham & Wearside Development Division matchday 13v11
2pm ko
Att.50hc
Weather:sunny
Wheatley playing in a changed all blue strip, held the advantage at half time, taking the lead after quarter of an hour when Ash Griffiths netted the rebound after the ‘keeper parried a Warren French drive.
Durham United equalised shortly after the restart when Michael Ross flicked home a header from a corner kick, before a right wing cross from Matthew Smith found the top corner of the net to give them the lead. The visitors wrapped up a good second half performance when Adam Watson raced through on goal to make it 3-1 in added on time.
WHWMC 1(Griffiths 15)
DUFC 3(Ross 51 Smith 70 Watson 90+3) 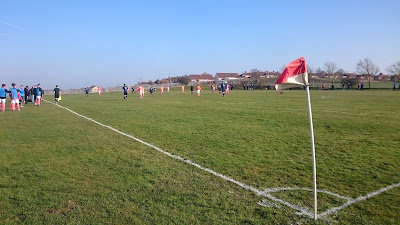 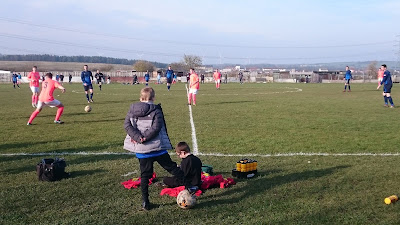 20 miles drive door-to-door
This is the third of my recent visits to this league following on from Hylton SC and Sunderland Town End. As far as the other grounds are concerned I had already been to Seaton Carew and ticked off other teams playing at the homes of Farringdon Detached and Durham United. Jarrow FC Reserves are currently not allowed to play at home, but have plans for somewhere new next season. So this leaves the reserve teams at Durham City and Washington to hopefully visit before the end of the season.
on February 24, 2019
Email ThisBlogThis!Share to TwitterShare to FacebookShare to Pinterest
Labels: Durham United, Wheatley Hill WMC