﻿
﻿Three clubs have been elected into the Wearside League for the 2012-13 season. I’ve already visited Harton & Westoe Colliery Welfare Ground in 2009, which was featured in WLW part three. Seaton Carew from the Durham Alliance and Richmond Town from the Teesside League make up the trio of new clubs. 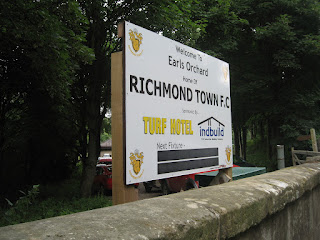 Richmond Town were elected to the Wearside League this summer after an exceptional four trophy haul last season, winning the Teesside League, MacMillan Bowl, Lou Mooure Trophy and the Saturday County Cup.
The club has had a few name changes throughout the years, known as Richmond AFC in 1945, then in the 1960s under the handle of both Cameron United and Young Conservatives before reverting to the town’s name with the added Town suffix. 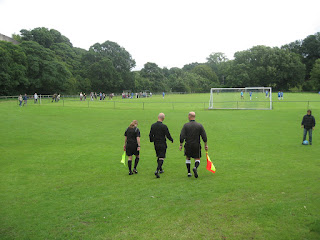 Described as the most romantic town in the north, Richmond is a market town and administrative centre of the district of Richmondshire in North Yorkshire. It is situated on the edge of the Yorkshire Dales National Park on the River Swale and is the most duplicated UK place name and one of 57 Richmonds worldwide. The much loved town was giving the honour of the UK town of the year in 2009. 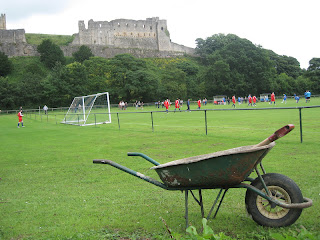 Richmond was founded in 1071 by the Breton Alan Rufus, on lands granted to him by William the Conqueror. The town’s main feature is Richmond Castle, completed in 1086, which consists of a keep with walls encircling the cobbled Market Place - one of the largest in England.
I’m not quite sure if I’ve ever visiting Richmond, maybe I did when I was a bairn and so with this in mind, this picturesque part of Yorkshire was chosen as the destination for my annual birthday day out on the lash with Zippy and Jimmy Jimmy - a day of beer, ale, booze with a bit of football included to break up the day. 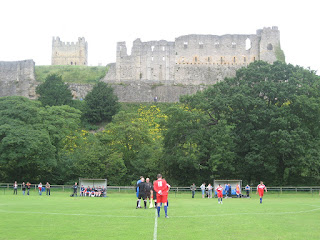 The Eryholme-Richmond branch train line closed in 1969, so our route to Richmond was via train to Darlington followed by a 30 minute bus journey, so we arrived at 1.30pm.
The bus stop is outside the Bishops Blaize pub so naturally this was our first port of call and we received a warm welcome. The manager was a Newcastle supporter and as it was my birthday, I was giving a ‘Chemical Reaction’ cocktail on the house. We then had a five star pint of Hobgoblin in the City Tavern before heading to the match.

Earls Orchard is an historic venue, not only has it hosted football for over 85 years but the field was once an ancient joisting ground, where the Earl and his court would watch the knights in action on the field below from the castle balcony. The position of the Earl’s viewing point can still be seen as the joist holes are clearly shown on the castle wall.
The ground is found south of the town by the river, fully railed off with a pair of dugouts and a pavilion which was opened by Jack Charlton in March 1975. If the club decide to progress up the leagues in the future there is plenty of land and space for development. 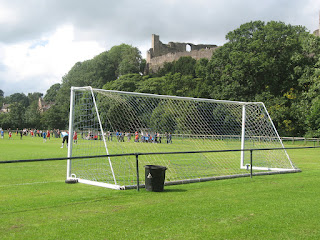 The pre-season friendly fixture with Newton Aycliffe attracted a decent gathering with quite a few travelled across from County Durham. The Northern League side shaded it over the ninety minutes, taking the lead through Stewart Owen before half time and going further ahead in the second half with a brace from Gavin Barton. The Aycliffe number nine was on hand to net a rebound after an initial shot came back off the post in the 50th minute, then fifteen minutes later he was left unmarked to stab the ball home from a corner kick to make it 3-0.

The hosts showed a lot of spirit and made the score line more respectable with two late goals. With a quarter of an hour remaining Atkinson took advantage of a mishap from the ‘keeper and in the final minute Simms cut inside from the left and fired a low shot into the far corner from a tight angle, to finish off a decent workout for both clubs. 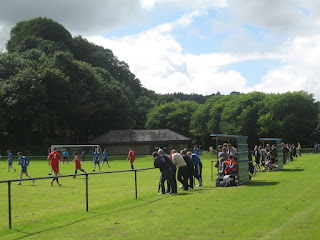 Afterwards we headed back up to the town, having our tea in the Richmond branch of Wetherspoons – The Ralph Fitz Randall and also calling for a pint in The Turf Hotel and the Golden Lion before catching the 1854 bus back to Darlington.

The night out in Darlo was canny as well, we met up with Honest Paul while Jimmy Jimmy headed back home as he had a 4am alarm call in the morning. We ticked off another two ‘Spoons pubs, but we especially liking the Old Yard Tapas, with my favourite pub of the evening being the Number Twenty 2. As I had been on the go since 545am I slept on the train back to Newcastle, where on arrival we decided to abandon last orders and go our separate ways home, thus ending another excellent birthday day out on the lash! 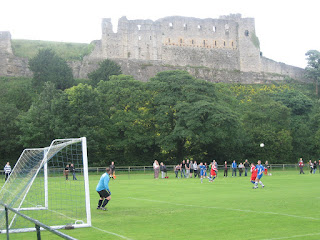 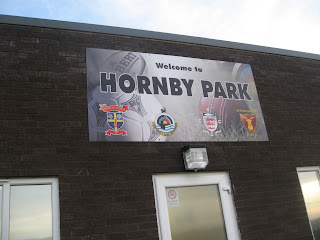 At long last, Seaton Carew FC have been giving the green light to commence playing home matches at Hornby Park. The club have spent the first half of the season sharing with Hartlepool FC at Grayfields while ground work continued. The ground was passed fit for use from the Wearside League management committee just this week; although there is still a lot of work to be done before its completion. 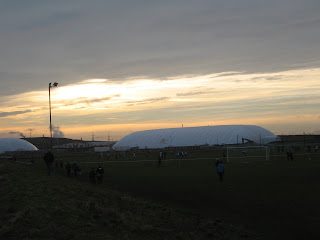 Hornby Park is found on the main A178 coast road which connects Hartlepool with the mouth of the Tees, with the Teesside industrial landscape on view further down the coastline. Seaton Carew is a small seaside resort situated 2 miles south of Hartlepool town centre, named after a Norman French family called Carou who owned land in the area.

The North Sea coastal town was once a fishing village but grew in the eighteenth and nineteenth centuries as a seaside holiday resort for wealthy Quaker families from Darlington, effectively founding Seaton Carew as a seaside resort 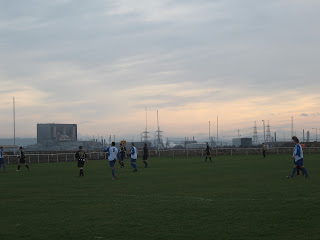 The complex has a social club, cricket pitch and two rugby pitches with the football ground located at the bottom. The changing rooms are next to the clubhouse so there’s a long walk to the pitch through a clarty field, so a footpath is a must, along with the other planned ground improvements which includes floodlights and more work on the perimeter of the pitch. So far there is a pair of dugouts on one side and the pitch is fenced off. 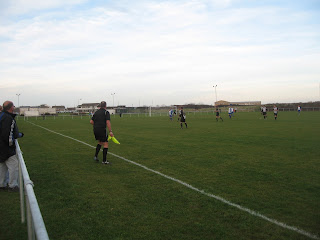 Hartlepool Town were a successful club in the Durham Alliance who were granted promotion to the Wearside League last summer and on acceptance changed their name to Seaton Carew F.C.
So far the team have won five of the opening 20 games and made their “home” debut against Jarrow FC. The match was quite an open affair with both teams missing a hatful of chances. I met up with squad#121 Paul Johnson at the game and he commented that the players were having more success at booting the ball over the crossbar than the rugby players on the neighbouring pitch.
The game looked to be heading for a 0-0 until the breakthrough arrived ten minutes from time when Jarrow’s number 8 latched on to a through ball and rifled a right foot shot past the keeper into the far corner of the net. The result was a bit harsh on the hosts as a draw would have been a fair result, but they were punished for wasting too many good chances. 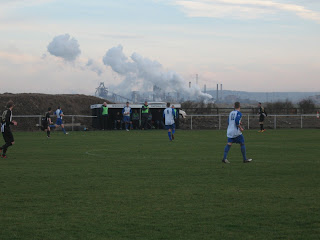 I drove down to Seaton Carew but the ground is easy to get to, as the rail station is a 10 minute walk away, with regular trains on the Northern Rail line between Newcastle and Middlesbrough so if you fancy a day out at the coast and a bit Wearside League football then Seaton Carew is the ideal destination. 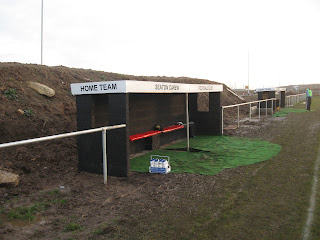 I was also at this game. A wonderful setting. If you have not been, get there soon as I was told they cannot progress where they are and have the option of a new ground which they can develop. There is an EGM this week apparently to discuss this option.

Ooh good, I can go back again for a future birthday!
Thanks for the additional information.