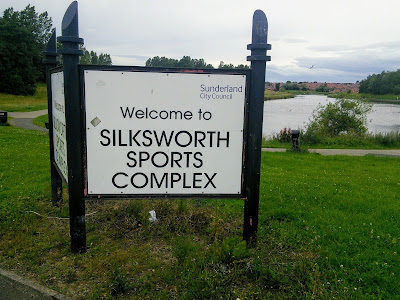 Another Wearside League using temporary accommodation this summer is Silksworth Colliery Welfare. The Community Association club formed in 1998 as The Thorndale FC under the guidance of club chairman and manager Steven Smith. The club progressed from local leagues to the Durham Alliance and re-joined the Wearside League in 2007. The club called it a day in 2011 but quickly re-emerged as Silksworth Rangers in the Wearside League, before changing their name to the old Colliery Welfare handle in 2013.

New Silksworth is a former mining village in the outskirts of Sunderland. Silksworth Colliery was sunk in 1869 and attracted migrant employment from home and abroad, which saw the village population rise. The colliery closed in 1971 with all remnants of the former mining
site gone and the land converted into Silksworth Sports Complex.
The sports centre is situated off Silksworth Lane, and amongst its facilities are an athletics track arena, boating lakes, entertainment bowl, adventure playground, skateboard park, grass and two 3G football pitches and of course, the north-east’s largest artificial ski slope. 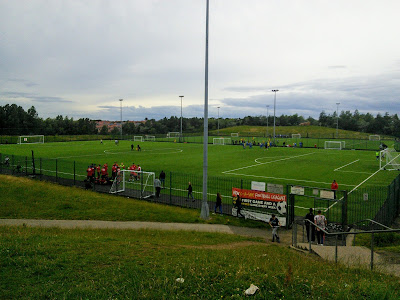 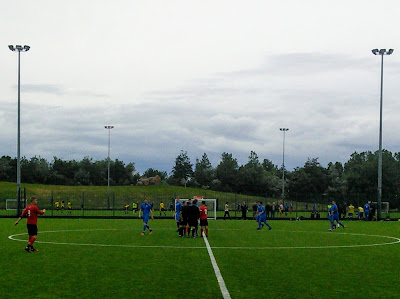 Silksworth CW faced Easington Colliery Welfare, who were playing their first pre-season friendly. The match took place on 3G pitch 1, which meant a “new tick” for my Groundhopping friends Lee & Katie, who were at the complex last weekend to see Sunderland West End v Brandon United on the neighbouring 3G pitch 2.
The “home” team got off to a great start when the Silky's Adam Storey raced through on goal and found the corner of the net with a low right foot shot. They doubled the lead when Martin Metcalf latched onto a through ball to fire home on 56 minutes, which looked to have secured victory against their Northern League opponents.
With six minutes remaining James Connor fired home a left wing cross from close range, quickly followed by a bizarre own goal which saw the number eighteen’s pass back miss the ‘keeper and instead find the corner of the net.
A good workout for both teams, and although Silksworth couldn’t hold on for the win, they will be pleased with their overall play and optimistic about the forthcoming campaign. 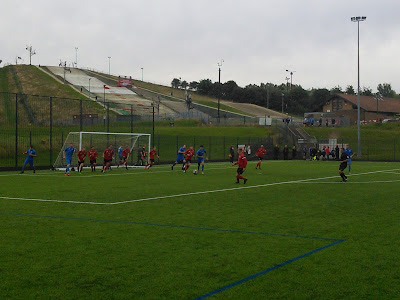 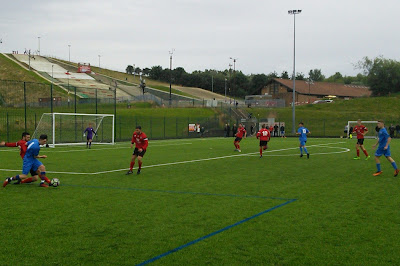 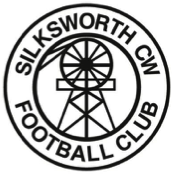