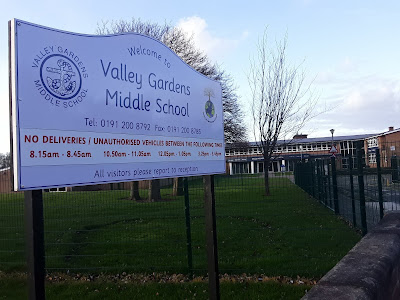 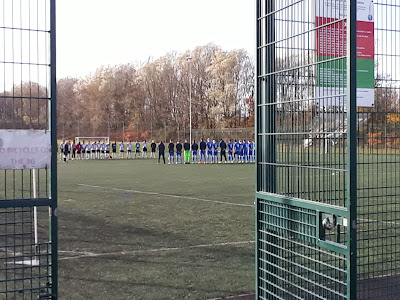 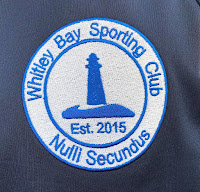 Whitley Bay Sports Club started life in the Northern Alliance Division Two as West Allotment Celtic 'A' in 2013. After two seasons they changed to Whitley Bay Boys Club Seniors before changing again to their present name in 2017, winning promotion to Division One as runner-up last season.

The enclosed 4G pitch is within the grounds of the school. The ground is just around the corner from Churchill Playing Fields where I saw Monkseaton play as part of Around The Alliance part eighteen in 2017. 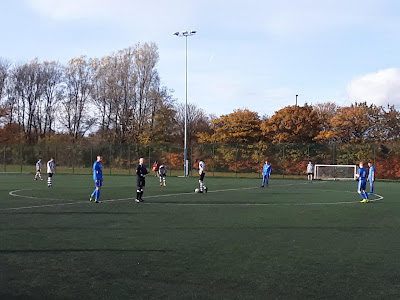 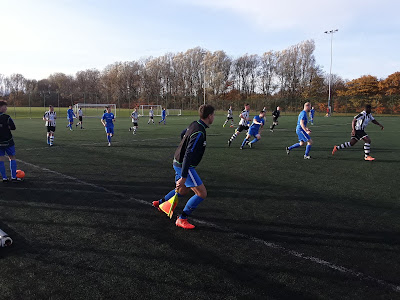 Heaton Stan took control of the first half with a well taking double by Usman Ogidan. Whitley levelled through an unfortunate own goal by Layton Bruce and a well taking right foot drive from Liam Blythe to make it 2-2 on the hour mark. The visitors regained the lead when a mazzy run and shot from Ogidan was saved, but sub Josh Wilson was on hand to tap home the rebound. Wilson added his second before the home team again reduced the arrears when Tom Atkinson converted a penalty with two minutes left. Stan booked their place in the next round a minute later when Ogidan completed his hat-trick to make it 5-3. 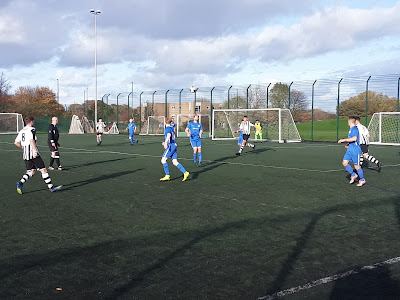 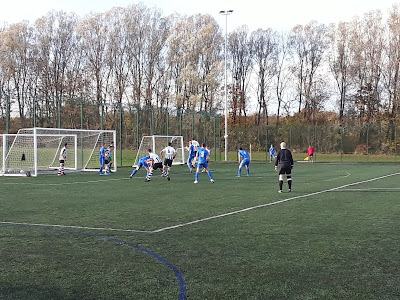 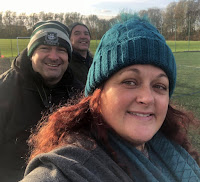 Another week when the weather was okay until Friday, then a day of heavy rain cattle-trucks Saturday's Non-League football, so this meant yet another 4G cage for my football fix.
I battled my way through the heavy traffic on the Tyne Bridge and Coast Road to arrive just as the players held a minutes silence prior to the kick off. It was a nice surprise to see Lee & Katie in the crowd, after they abandoned their planned trip to watch Plymouth in the FA Cup away at Bolton Wanderers.
on November 10, 2019
Email ThisBlogThis!Share to TwitterShare to FacebookShare to Pinterest
Labels: Around the Alliance, Heaton Stannington, Whitley Bay Sporting Club