Around the Alliance - part eighteen

Just the one new ground ticked off and the first of this season’s cup finals in this latest edition of Around the Alliance.
Grounsell Park was the venue for the Bay Plastics Combination Cup final, as Seaton Burn faced Gateshead A, who were in pursuit of another league and cup double. The Tynesiders bossed the game for long periods but were unable to break down a stubborn Burn defence, who worked tirelessly throughout. As the match progressed Seaton Burn became more confident and had chances to win it late on, but the match finished goalless after a tight ninety minutes.
It looked likely that a defensive error or a cracking goal would settle the final and this was the case, when in the second period of extra time a misplaced back pass was intercepted by Arman Mirkarimi, who rounded the ‘keeper and slotted home the winner.
Congratulations to Seaton Burn on winning their first piece of silverware, while the young Gateshead team are just three points away from winning the First Division and claiming back-to-back league titles.
Matchday Stats
Gateshead ‘A’ 0
Seaton Burn 1(Mirkarimi 117)
Att.170est 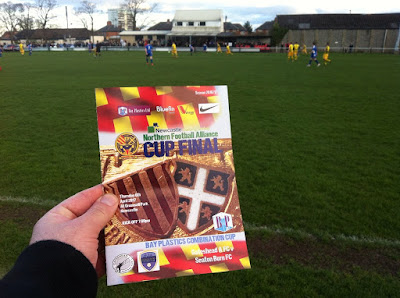 The George Dobbins League Cup final took place between Birtley Town and Walker Central at the home of Hebburn Town FC. This time we didn’t have to wait long for a goal as Michael Trodd gave Walker a 14th minute lead, playing a one-two with Baxter from a corner kick, before curling in a fine effort from the edge of the box. They could have had the match wrapped up and the sky blue & white ribbons placed on the cup well before half time, taking advantage of the strong wind behind their backs. Michael Baxter missed a golden chance, doing the hard work to go around the ‘keeper after being put clean through, but with the goal at his mercy he fired the ball into Victoria Road. Birtley goalie Phil Mills denied Michael Leech from close range and Matthew Hayden also went close before the interval.
Birtley, backed by a keen vocal support from their junior section, improved in the second half and had chances to draw level, as they pushed to take the match into extra time. They almost snatched an equaliser with just minutes remaining when a cross from Hill was met by a Connor Halpin diving header which agonisingly crashed against the crossbar.
Overall Walker just shaded it, although the match might have been more of a spectacle if it wasn’t for the strong wind on this chilly night in South Tyneside.
Matchday Stats
Birtley Town 0
Walker Central 1(Trodd 14)
Att.160est 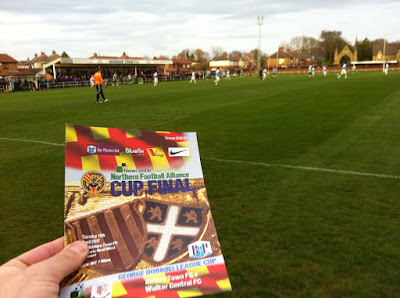 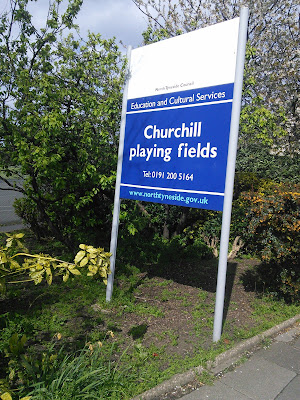 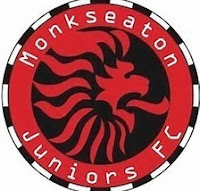 Lindisfarne Custom Planet joined the Northern Alliance from the Tyneside Amateur League in 2014, winning promotion in their debut season after a third place finish in Division Two. Prior to the start of this season they changed their name and relocated to Monkseaton, playing home games at the Churchill Playing Fields. The senior side forms part of the set up at Monkseaton Juniors, where there is a reserve team in the Tyneside Amateur League and youth teams from Under-7’s to Under-16s, as well as a Futsal club. 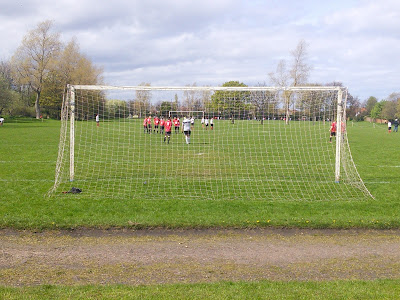 Monkseaton is a village which has now been absorbed as part of neighbouring Whitley Bay, although it outdates the seaside resort, dating back to the early 12th century when it was known as Seton. King Henry I granted lands to the Priory of Tynemouth so it became “Seton Monachorum" then eventually Monk Seaton or Seaton of the Monks.
Churchill Playing Fields has bowling greens, a tennis court, an athletics track, cricket pitch and at the far end two football pitches, one which is roped off and used by the senior side and the furthest pitch used by the reserve team. 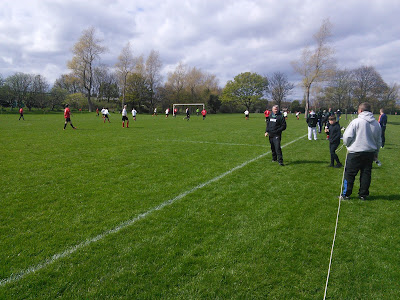 Monkseaton faced Gateshead Redheugh 1957, the hosts going into this game sitting in sixth position while their opponents are anchored at the bottom of the table. After witnessing 2 one-nils in the Alliance over the last few weeks it was obvious that the match would be settled by a solitary goal. The decisive strike came midway through the first half when a spell of pressure from the hosts saw Jack Armstrong fire in at the far post. Monkseaton had chances to extend the lead and overall deserved the win, despite a few “handbag moments” late on as their opponents became more and more frustrated. 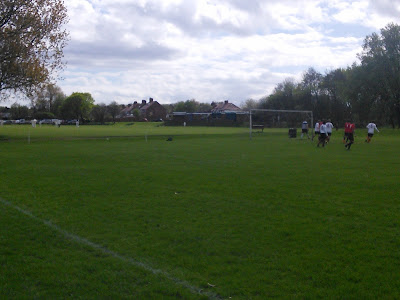 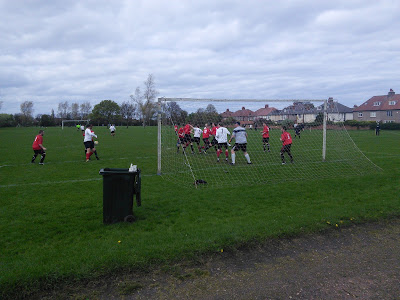