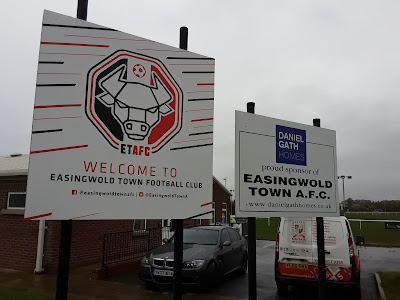 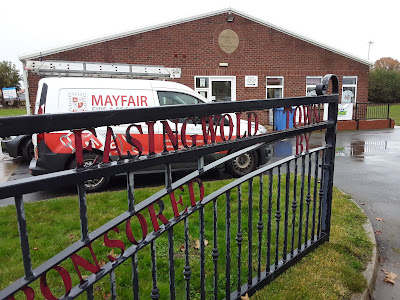 Easingwold is a small Georgian market town in the Hambleton District of North Yorkshire, 12 miles north of York at the foot of the Howardian Hills. The town is mentioned in the Domesday Book as "Eisicewalt" 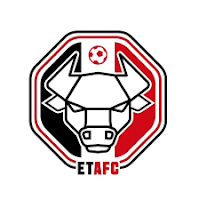 Easingwold Town FC formed in 1892 and are one of three founder members of the York League still playing within the league. The club’s most successful period came in the early 1970's when they won the Senior Cup in '72 and finished runners up in the top division in 1972-73.  The club has a senior reserve side, a third team in the Beckett League and have a women's team - Easingwold Angels, formed in 2010. They set up a junior section in the mid 1990s covering all age groups for both boys and girls. 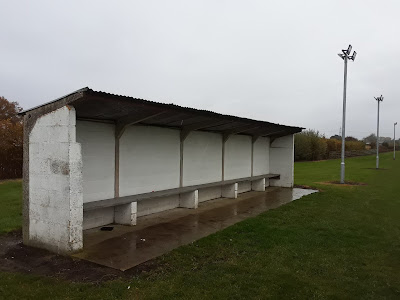 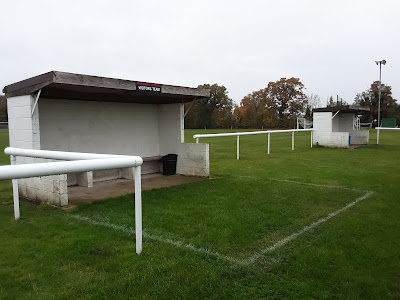 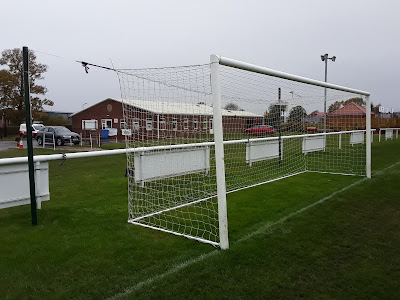 The main pitch used by the senior men’s team is fully railed with dugouts on one side plus a covered enclosure with a bench seat on the opposite side, where you could squeeze in about 25 sitting spectators. At the car park entrance is the pavilion, which opened in 2007 and houses the changing rooms and the clubhouse cafe. 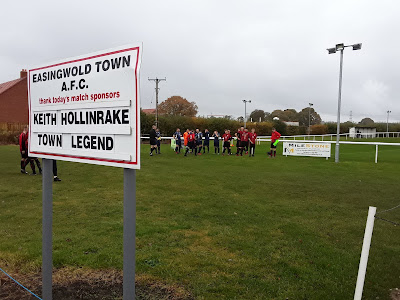 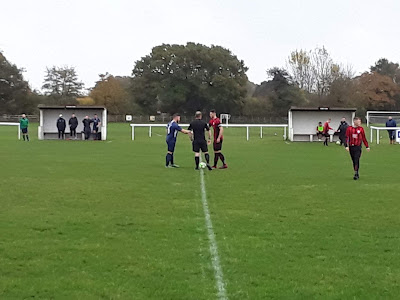 After being the better side in the opening half the home team took the lead straight from the restart, when Josh Cryer followed in from close range after an initial effort came back off the post. The visitors turned the match around midway through the second half, when a long kick from the keeper found Eddie Wileman who raced through to equalise, followed by Gary Collier sliding in from a lovely right wing ball to make it 2-1.  With ten minutes left Joe Crosby anticipated a through ball to take the ball past the keeper and finish well for a well deserved point for Town. 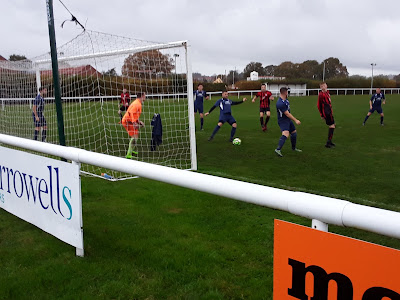 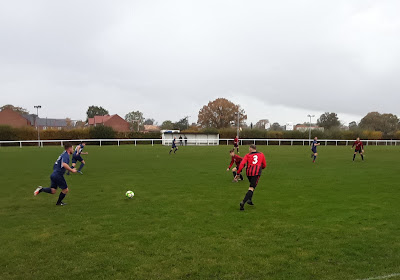 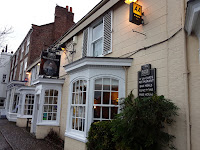 Another drive down the A19 after finishing work - 71 miles door-to-door.
I arrived at 12.50pm, which allowed plenty of time to walk along to the town and call for a bevvy at the GBG listed George Hotel in the Market Place. Easingwold is a quaint little town, with independent shops and cafes plus enough pubs for a decent night out, so a really nice place to visit.