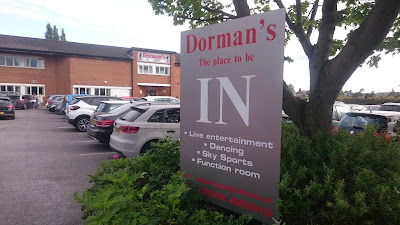 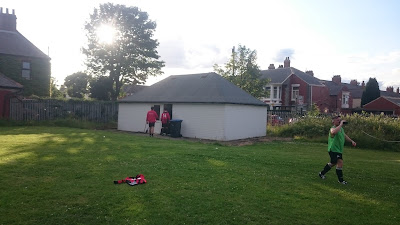 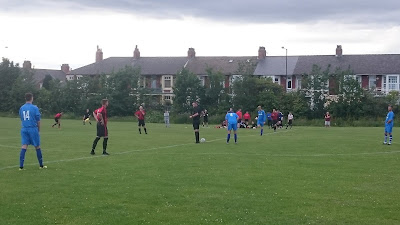 Thornaby and BEADS met up for a pre-season friendly at Dormans in Middlesbrough. The social club has been in existence for well over a century and has an adjoining football pitch with a changing room block in the far corner

Dorman Long are a major manufacturer and fabricator of steel components and structures . They have been involved in the manufacture and construction of many major bridges since 1875, including the Tyne and Sydney Harbour Bridges. In 1990 they were merged with The Cleveland Bridge & Engineering Company and are still involved in the design, manufacture, fabrication and erection of many different types of structures which includes the new Wembley Stadium.
Dorman Long United Athletic Club
Oxford Rd,
Middlesbrough
TS5 5DT

Two mistakes by the Thornaby 'keeper gifted Beads a two goal lead with just ten minutes gone. Thornaby got themselves level by half time, with a cracking right foot volley by the no.7 setting them on their way. The Northern League side bossed the second half with five goals, the pick of the bunch being a header from the right-back which made it 7-2 at full time. 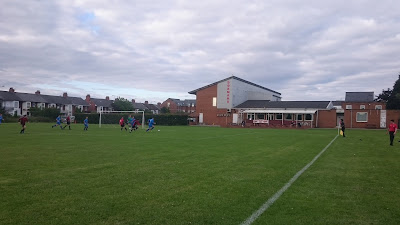 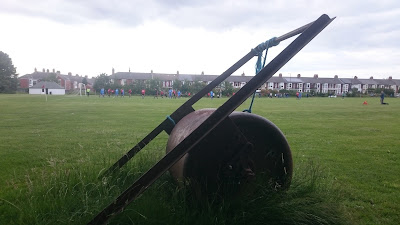 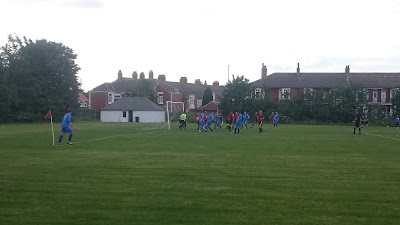 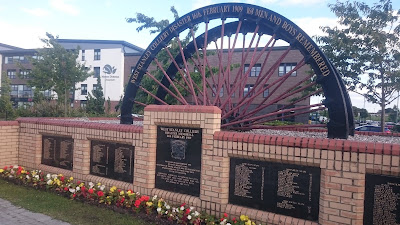 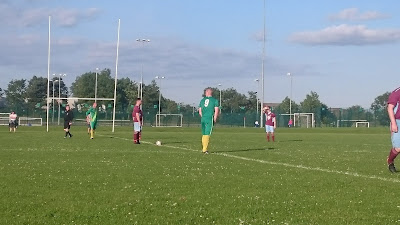 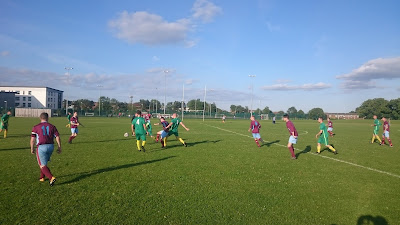 The academy is a secondary school and sixth form based in Stanley, County Durham. The school was formed in September 2011, when Greencroft Business and Enterprise Community School and Stanley School of Technology formally merged, opening its new £30 million campus in September 2013. The complex has two pitches, a full size caged 3G surface and a grass pitch which was used for tonight's game.

A goal a piece from both team in each half saw a competitive game finish all square. Annfield Plain had taking an early but Esh had turned it around by the beginning of the restart, before the hosts drew level mid-way through the second half. 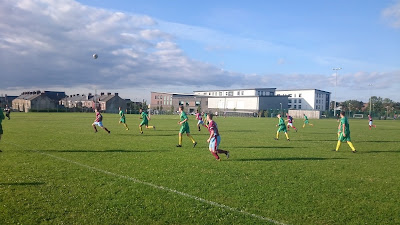 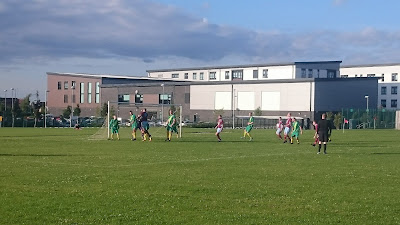 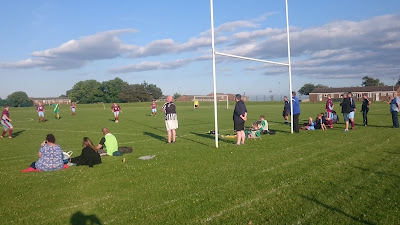 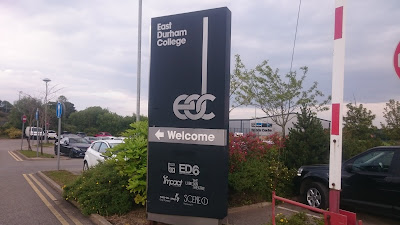 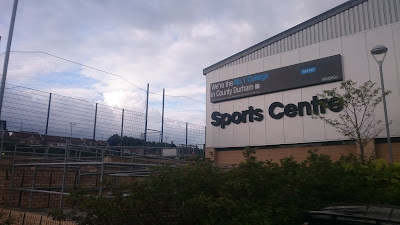 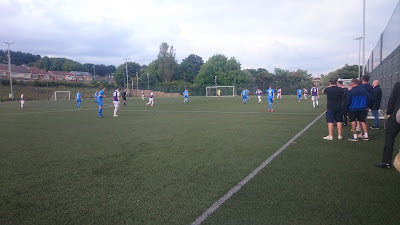 An all Northern League clash as Easington Colliery and Ryhope CW met for a pre-season fixture, rearranged from the previous evening and switched to East Durham College. The complex is formerly known as East Durham & Houghall Community College and has a caged 3G pitch next to the Sports Centre at the main entrance.

A brace from Jordan Southern settled this tight pre-season affair. The Easington new signing struck early on with a neat lobbed effort and sealed it with just under ten minutes remaining, when he robbed the ball off the ‘keeper and rolled it into an empty net. 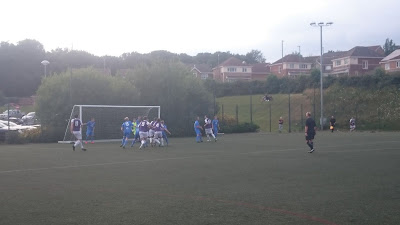 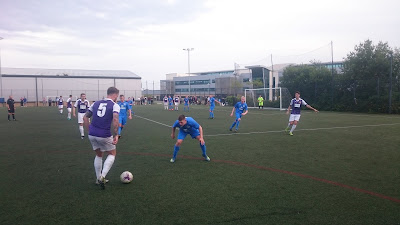 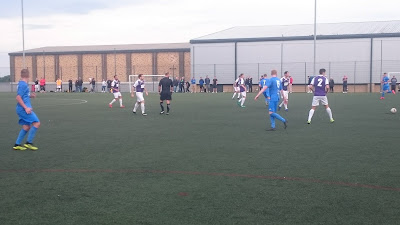 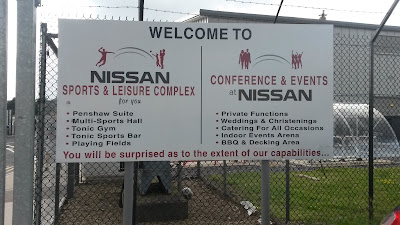 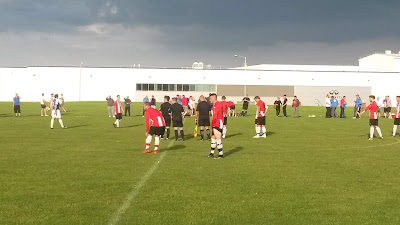 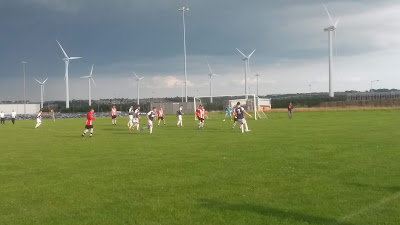 Northern League new boys Sunderland West End faced Division One neighbours Ryhope CW in a friendly at an alternative pitch in the Nissan Sports Complex. West End won promotion after finishing runners-up in the Wearside League to Hebburn Town Reserves last term. The club moved last season from their original home at Ford Quarry, where I saw them play in 2011. Tonight's game was played on one of the two pitches is at the far end of the complex behind the main stadium.

A tight game was decided by a late goal from Mark Robinson, who got on the end of a ring wing cross to fire home the winner. 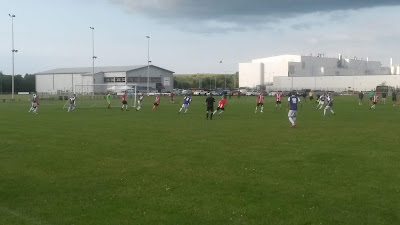 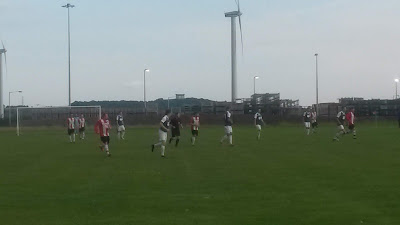 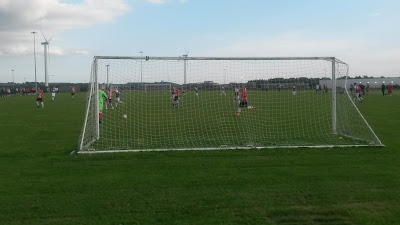 #HeedHopper
I attended my first two games with Lee & Katie for the first (and definitely not the last) time this season. I picked them up on Tuesday for the match in Middlesbrough and we met up in Stanley the following evening. I travelled down to Peterlee on me todd the following Wednesday after my travelling companions ticked off the venue on the previous Saturday.
A good start to the new season with a goal average of 5 goals per game, with 15 in three games.
The final pre-season game at an alternative venue took place the following Tuesday, where I again met Lee & Katie for our last friendly together  before the competitive action starts in less than a fortnight.
on July 16, 2019
Email ThisBlogThis!Share to TwitterShare to FacebookShare to Pinterest
Labels: Annfield Plain, BEADS FC, Easington Colliery, Esh Winning, Ryhope CW, Sunderland West End, Thornaby