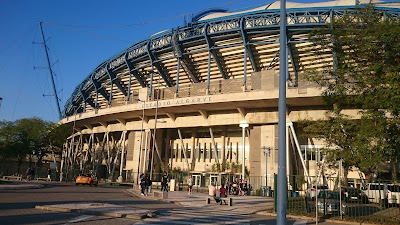 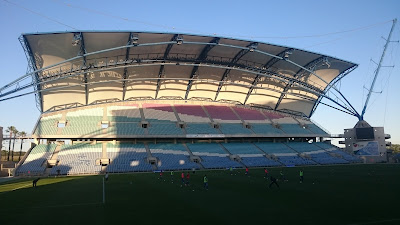 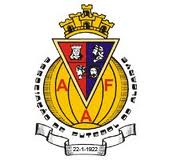 My last holiday in the Algarve in October 2015 was enjoyable but frustrating, missing out on an opportunity to watch some local football. I was expecting a similar fate this time around but thanks to the reliable http://www.algarvebus.info/football.htm website, I found a match at a ground I’ve been wanting to tick off since I caught a glimpse of it on the way to Albufeira from Faro Airport almost four years ago. 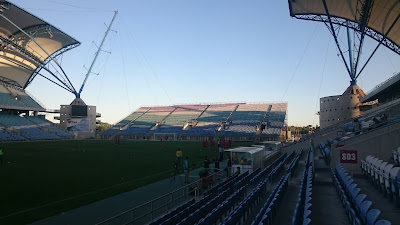 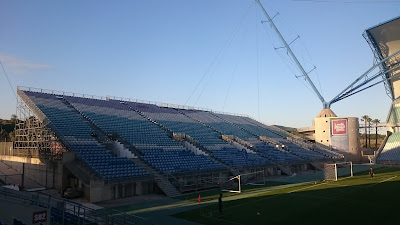 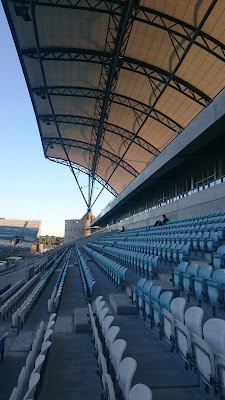 I arrived in the Algarve on Sunday morning, with the breadknife Debra and our daughter Laura.  Before leaving Newcastle I still hadn’t worked out the logistics from the resort to the stadium which is just off the A22 motorway, 5 miles from Faro and 25 miles from where I was staying in Albufeira. Public transport meant two buses and a walk totaling nearly two and a half hours or a taxi costing at least a whopping €50 each way.

Luckily I happened to mention the match to an English lad (from Scunny) who lives out there, while I was in the Fat Cat pub on Tuesday night. He told me to see the barman who would sort me out a fixed price taxi, as the pub also runs its own transfer service for holidaymakers to and from the airport.

Ben the barman told me to call in on Wednesday afternoon and he would sort everything out for me. I also used this afternoon drinking session for a meet up with our friends Lynn, Paul, Harry and their granddaughter Amelia who had arrived the previous day.  I got the taxi for €60 return, which I was quite happy with, considering the price was based on four people sharing, but as I am the only sad groundhopper among our party, it was just me who coughed up the fair.

My transport arrived spot on time, outside my hotel at 7.15pm for the half hour drive. My chauffeur was Daniel, a dead canny lad from Moldova, who was full of good crack. During our journeys to and from the stadium we discussed everything from expensive and cheap cities in Europe, drunken Irishmen, cars and Portuguese traffic and even the Highland games, as he seemed fascinated and keen to see (as he described) men in skirts throwing tall trees as far as they can. 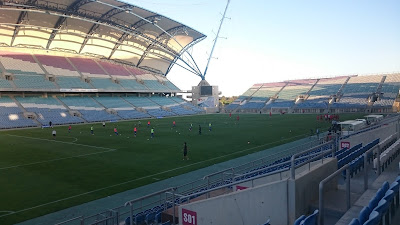 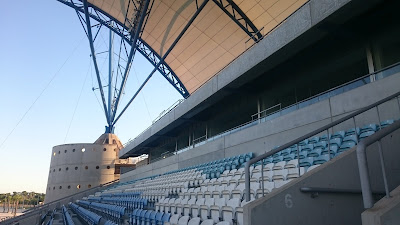 The Estádio Algarve is located between Faro and Loulé built for the Euro 2004 tournament in Portugal. The 30,305 capacity stadium played host to three matches in the championship and since then has hosted nine full Portugal internationals, the first of which was a 1-1 draw against England in February 2004.
The opening game was in November 2003 between local sides Farense and Louletano, who have both used the stadium as their home ground. It has also been temporary home to Olhanense, Portimonense and the Gibraltar national team who played a dozen internationals there between 2013 and 2017.

The stadium is designed by architects Populous, having two matching stands which have 73-metre-high curved roofs which are both held up by interesting looking steel structures tied to four pillars. Behind both goals is a bank of uncovered seats. 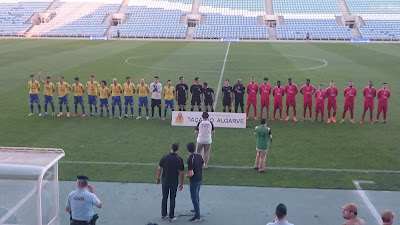 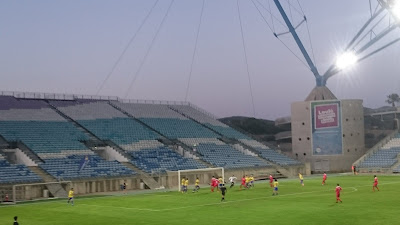 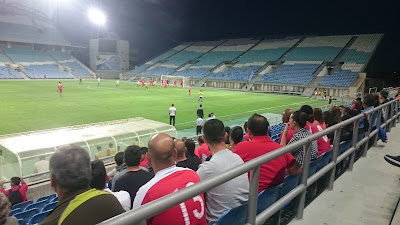 Sociedade Recreativa Almancilense faced Futebol Clube Ferreiras in this year’s Taça do Algarve. The match was a tense affair, littered with niggly fouls and a lack of top quality in front of goal. However both teams were hungry to lift the trophy and there was always just going to be a single goal in a match which could have gone either way. The winning goal came with fifteen minutes remaining when a ball from the left was flicked onto João Bonifácio who fired home from close range to give Ferreiras a first Algarve Cup triumph in their 36 year history. 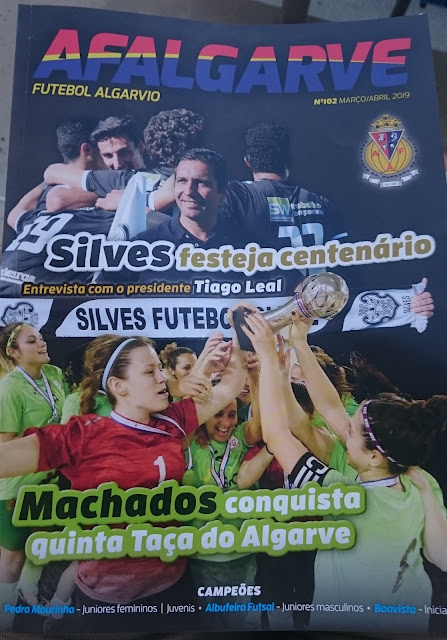 on May 28, 2019
Email ThisBlogThis!Share to TwitterShare to FacebookShare to Pinterest
Labels: Almancilense, Ferreiras