The sixth part of my wanderings around the Wearside League features two new clubs who were accepted into the league for the 2011-12 season, both coincidently faced north-east Non-League legends Willington. 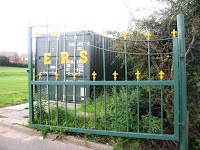 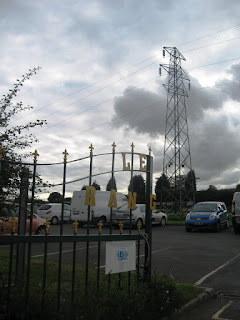 Leam Rangers formed as a youth football club in 1993, the brainchild of current Club Secretary Rob Houghton. The club secured a lease on council land at the top of the Wealcroft on Leam Lane Estate in the southern end of Gateshead. The Hill Top Ground was transformed from an overgrown grassed wasteland to a canny little ground with good facilities, which is now suitable to host Wearside League football.

The club now run 22 boys and girls teams from ages 6 to 18 as well as two senior sides. The Leam played in the Durham Alliance between 2009 and 2011 until a successful application to step up to the Wearside League last summer. The club still have a youth side in the Durham Alliance which is used as a stepping stone to the senior squad.

The redevelopment of the ground is due to the hard work and dedication of Mr Hughton with the help of willing volunteers. He even took a bricklaying course to build a dressing room, as the kids were using metal storage containers without the use of a washroom or toilet.
The ground now has a pleasant club house in between new changing rooms and refreshment bar after a successful application for funding was made to the Football Foundation. The entrance has the club name adorning the metal gates and the pitch is fully fenced off with new hard standing on the nearside. The far side has a pair of stone dugouts and the grass bank is a popular spot for spectators. 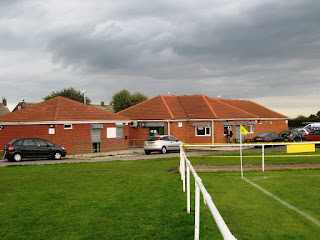 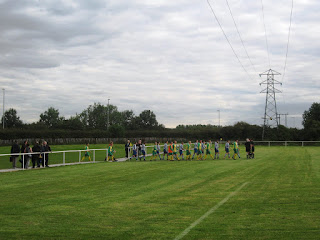 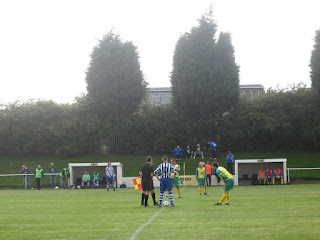 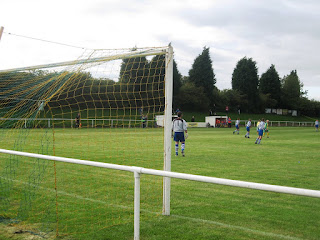 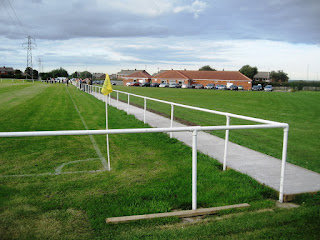 Gateshead Leam Rangers opened their first Wearside League campaign with two away defeats and I was in attendance as the Hill Top Ground hosted its very first game at level 7 of the Non-League pyramid against Willington.
The Leam produced a gritty and determined performance to mark the occasion with a first victory of the season. A goal in each half by David Lucas secured a comfortable win, the opening goal coming after only 7 minutes, the striker nodding home a peach of a cross from Liam Barnett(see pic below), then the duo again combined on the hour mark when Barnett was tripped in the box and Lucas despatched the penalty kick to chalk up the Leam’s first three points.
The Leam have a great set up and the club’s progress means that Rangers are now the closest club from my home at Gallowgate View, so I’ll be able to frequently pop down and check on the team’s progress.
The 100FgC was again in attendance on Non-League Day on the 3rd September, with both Michael (Squad #119) and Andy Hudson(squad#173) watching the game with Peterlee Town.
You can read the lads in depth reports on Leam Rangers at;
The Accidental Groundhopper (Michael)
Ganning Away (Andy) 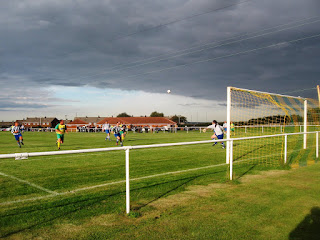 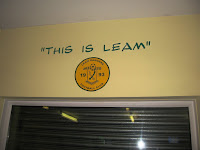 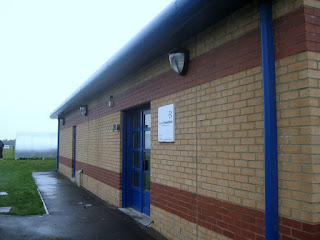 Sunderland West End formed just this year when The Jolly Potters merged with Wearside League outfit Houghton Town. The Jolly Potters were a successful side in the Wearside Combination League, winning a hat-trick of league titles and the Alan Hood memorial trophy twice, since forming in 2006.
The club play at Ford Quarry which is in the South Hylton district of Sunderland The ground is off St Lukes Road, where a road bends down the bank and leads you to the ground entrance. The junction isn’t easy to spot as I drove past it a couple of times until I noticed the pitch at the bottom of the hill.
The Ford Quarry ground was officially opened by Sunderland Council Leader Paul Watson on the 3rd August, when a charity game took place between Sunderland West End and Northern League side Sunderland RCA in aid of The Peter David Lane Trust Fund. The ground has large changing room facilities, a fully fenced off pitch with a pair of metal dugouts. 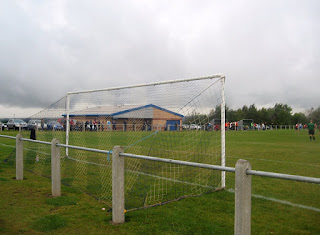 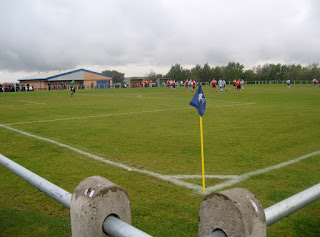 After I saw Willington lose at Leam Rangers, they suffered a heavy home defeat against Ryhope in the following match. Since then they’ve won eight league fixtures off the belt and stretched it to 9, but only just, after snatching a late winner to deny West End a point.
West End took the lead in the 9th minute when Stubbs capitalised on a defensive mix up to shoot home from a tight angle, but Willington quickly responded, seven minutes later Yorke nodded home from close range, then just before half time Lee beat the offside trap and having plenty of time to pick his spot with a neat finish.
The second half saw West End have plenty of possession with the visitors leaving their two main strikers mooching around the half way line, relying on the long ball tactic to catch the home side on the break.
There was a long stoppage after 75th minute when one of the West End players went for a 50-50 ball and fell over and banged his head against one of the stone posts on the perimeter fence. After a 5 minute delay the player got to his feet and thankfully was ok - “I’m alreet, I just knocked me’sell oot that’s aall” was his insouciant response as the game went on without him.
Just as it was looking as if we had witnessed a goalless second half, the match finished with a dramatic climax. West looked to have grabbed a well earned draw in the 90th minute when a cross shot from Coomber found the top corner off the net, then in the 6 minutes of added on time the game swung back and forth with both teams desperate for a winner.
The winning goal duly arrived in the second minute of stoppage time. The home keeper who played a blinder all afternoon produced two terrific saves from close range, until the ball was unfortunately parried into the path of Lee who was left with an open goal to simply walk the ball over the line to make it nine league wins on the bounce for the men from County Durham.
Sunderland West End are another good addition to the league and matches like this one are a credit to the Wearside League - a cracking game and well worth the two quid admission fee! 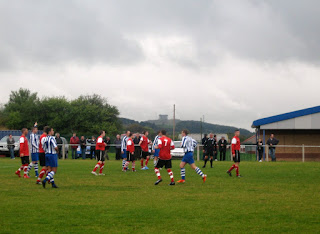 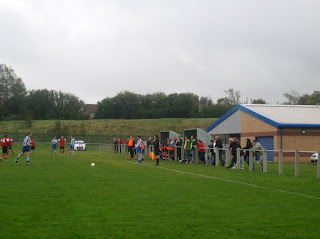 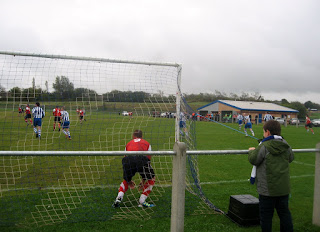