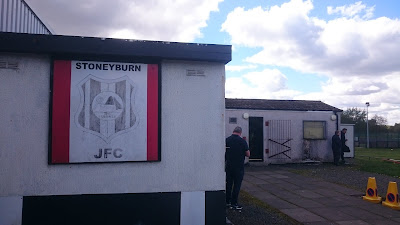 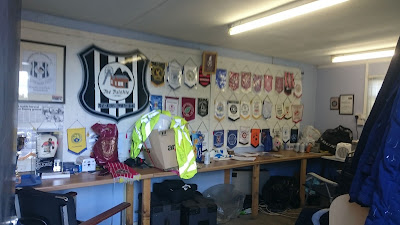 Stoneyburn is a West Lothian village about 1.5 mile in length in the Central Belt of Scotland. The village is situated south of Bathgate and further along the A71 west of Livingston. (population: approx 3,800) 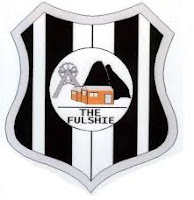 The original Stoneyburn Junior FC formed in 1928 and reached the Scottish Junior Cup semi-finals in 1950, losing 4–2 after a second replay to eventual winners Blantyre Victoria. The club hit on hard times later in that decade and folded in 1958. The current setup returned to the Scottish Junior level in 1983 after playing a number of years at Juvenile and Amateur levels.
East of Scotland League champions(West Division) 1934-35 1938-39
East of Scotland cup winners 1939,1947,1950
St Michaels Cup winners 1939,1950 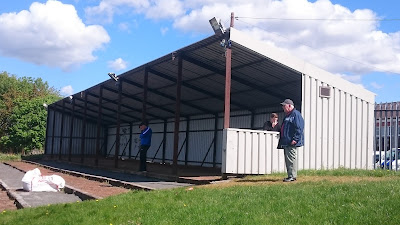 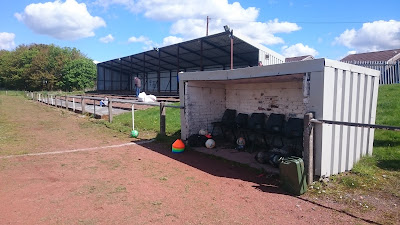 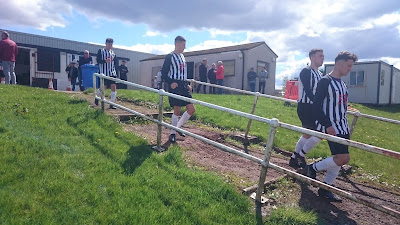 The ground was built during the 1950s using spoil material from the nearby Foulshiels Colliery, which gave the club its nickname - “The Fulshie”. At the spectators entrance is the changing rooms, clubhouse cabin, club office and the canteen. There's a covered enclosure with large steps of terracing in front at one side of the dugouts. The rest of the ground has grass banking, with the perimeter fence setback behind one of the goals. 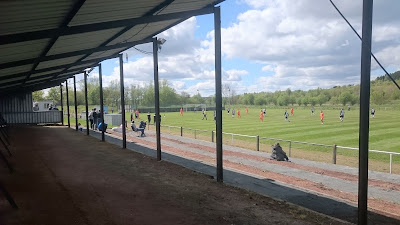 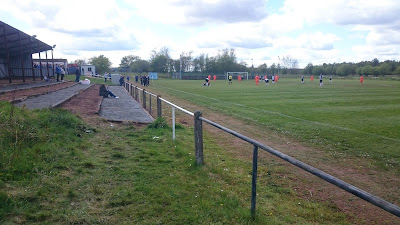 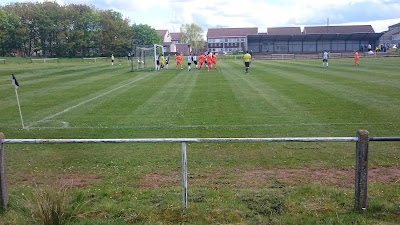 The Consolation Cup is a round robin tournament with three teams playing each other home and away. Stonehaven needed to follow up the 5-0 win at Harthill in midweek to pip West Calder and progress to the knockout round. They looked well on their way when Kieran Sweeney knocked in a left wing cross with barely 40 seconds gone, before going two up twenty minutes later, when the ball dropped to Adam Kennedy in the box to fire in with his right foot.
It was all square by half time with a neat glancing header from the #11 followed by another header, this time Graeme Weir found the net after nodding home from a corner kick in the last action of the first half.
It was a tale of two penalties in the second half. Kieran Sweeney had the chance to bag his second and regain his team the lead, but his effort went well wide of the post. With fifteen minutes remaining a spot-kick was rewarded at the other end and this time Johnstone confidently fired in, to complete the comeback and knock the hosts out of the cup.

Harthill goalscorers to be confirmed. 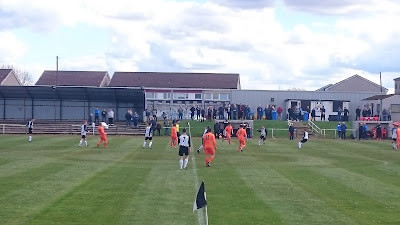 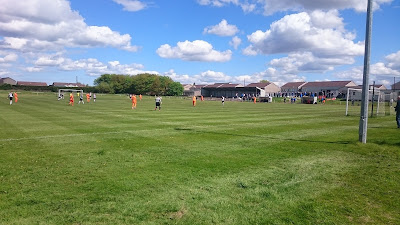 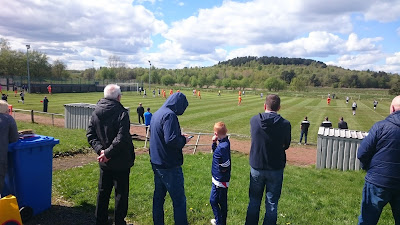 This was my traditional last Saturday matchday of the season for a Scottish Juniors fixture and a bevvy meeting with James Little and Mark Wilkins. On this corresponding weekend last season we visited Harthill Royal, who were the away team today. They played Crossgate Primrose on that afternoon, which coincidentally was the destination the season before last, so I’ve stumbled into a chain, denoting I’ll be watching Stoneyburn playing away on the 9th May 2020.
I met Mark in Waverley station, then we toddled off for breakfast before heading to the west end of the city to tick off the Roseburn Bar, Haymarket, Thomson Bar(revisit for me) and Monty’s, where James picked us up at 1.30pm for the drive to Stoneyburn.
After the match we continued filling in the GBG gaps in Edinburgh, with a pint in the Stockbridge Tap, The Cumberland Bar and finally the Beehive Inn before I dashed off to catch the train home. Another great day in the Scottish capital, although I’m running out of new pubs to visit, so hopefully there'll be some new GBG listed pubs when I return next season. 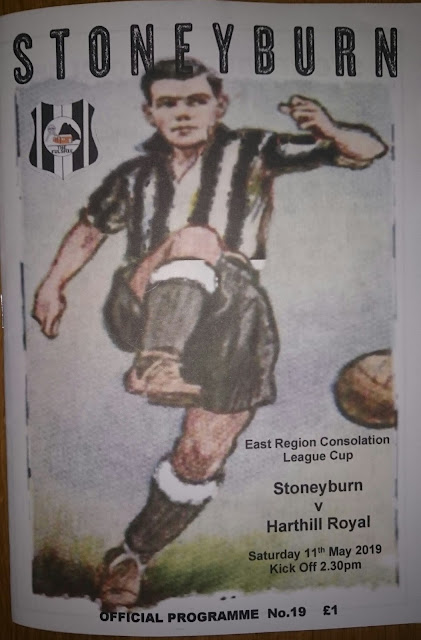 on May 12, 2019
Email ThisBlogThis!Share to TwitterShare to FacebookShare to Pinterest
Labels: Harthill Royal, Stoneyburn Junior