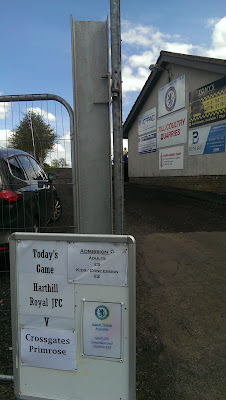 Harthill Royal Football Club are based in the Greenrigg area of Harthill. The small rural village is on the border of West Lothian, just a small walk from Harthill in the neighbouring county of North Lanarkshire.

The villages lie on the River Almond just west of Whitburn and close to the M8 motorway which links Edinburgh and Glasgow. The area grew up as a result of the coal mining industries, with miners working at the Greenrigg and Polkemmet Collieries. 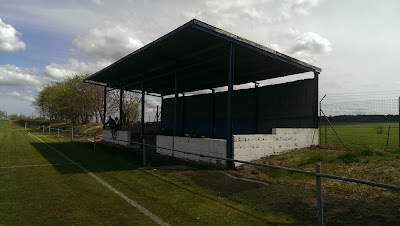 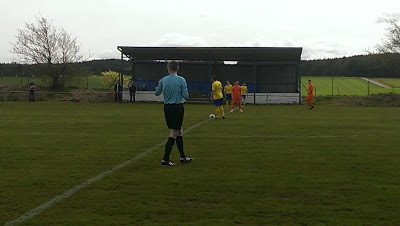 The ground was previously called Beechbank Park when it was the home of defunct club Polkemmet Juniors, who last played here in 1988. There is a covered  enclosure at one side with the team dugouts opposite. The rest of the ground is open standing with the changing rooms and clubhouse behind the goal at the entrance end. 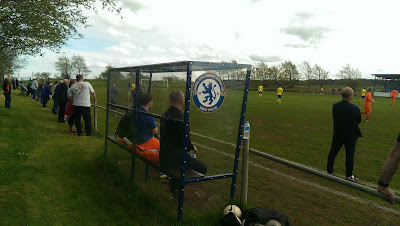 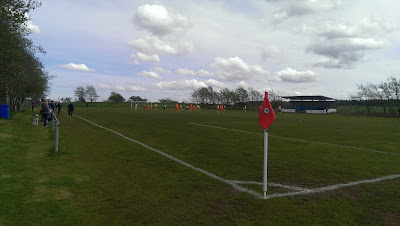 McBookie.com South matchday 23v24
2.30pm ko
Att.94hc (including "The Scouse Mafia" who I met a few seasons back at Tranent)

A hat-trick from Crossgates number nine Scott Hind set them on the way to well deserved victory over the Royal. With just over ten minutes gone the hosts were down to ten men when the ‘keeper tripped the onrushing striker on the edge of the box, denying him a clear shot at goal. From the resulting free kick the ball was clipped into the area where Hind headed home the opener.
Soon after the interval Hind slid in his second before a fantastic piece of skill and rasping finish made it 3-0 with just under an hour gone. It seemed a case of how many Primrose would score, but the plucky ten men battled their way back into the game. John Taylor scooped in a right wing cross on 65 minutes, then a free kick in the Harthill half next to the dugouts was chipped forward by Tom McAllister and it somehow eluded everyone before finding the back of the net.
Scott Hind had the chance to finally put the game to bed and grab his fourth goal from the penalty spot, but surprisingly he fired his effort wide of the post, but they still held on to take the three points in a very entertaining fixture. 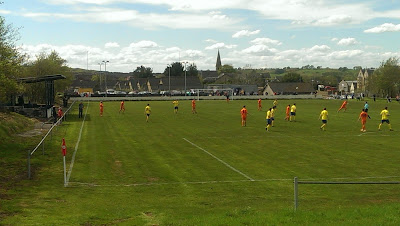 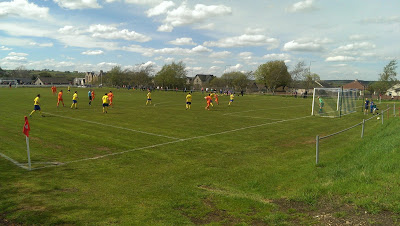 The traditional last Saturday matchday of the season to Scotland, was just as enjoyable as the previous dozen trips on this corresponding weekend of the year. On arrival I met up with Mark Wilkins, who had caught the overnight National Express from London. After a hearty breakfast we seeked out a couple of GBG pubs, having a pint at Kay’s Bar and The Oxford Bar, before meeting up with James Little, who was driving us across to Harthill. We broke up the journey a wee bit by calling at Juniper Green both on the way there and back to tick off the two pubs in the village.
When we arrived back in Edinburgh the season finale day on the lash continued with bevvies in the The Earl of Marchmont, Dagda Bar, Southside and the Jolly Judge. Overall a cracking day and for the second week running it was lovely having the sun kiss my face. 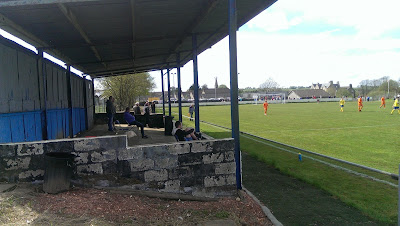 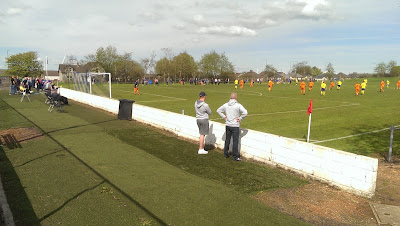 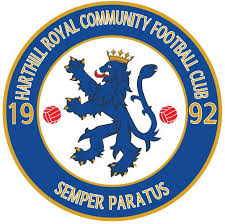