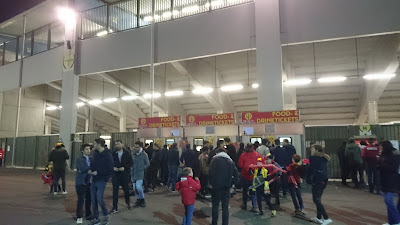 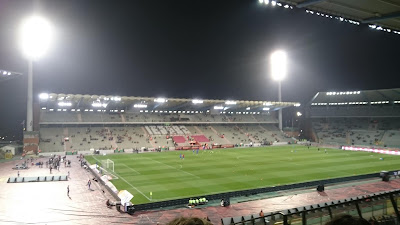 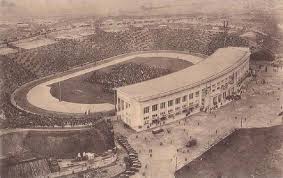 The King Baudouin Stadium in north-west Brussels, opened in August 1930 in the presence of  Crown Prince Leopold. The 70,000 capacity arena was original named the Jubilee Stadium (Jubelstadion), as it was inaugurated days after Belgium's 100th anniversary. The opening match saw the home nation beat the Netherlands 4-1 in a friendly international on the 14th September 1930. The stadium was renamed the Heysel Stadium (Stade du Heysel or Heizelstadion) in 1946 and became a major venue, hosting the European Cup final in 1958, 1966, 1974, 1985, plus the old European Cup Winners' Cup in 1964, 1976 and 1980. 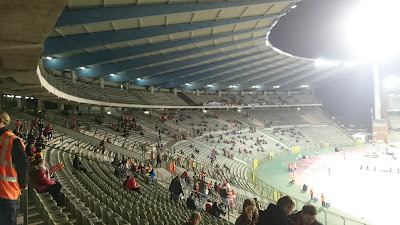 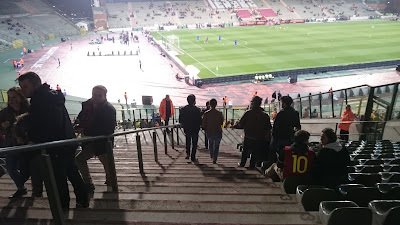 Throughout the years Heysel wasn’t well maintained and fell into inadequate condition and a sorry state, which was apparent at the 1985 European Cup Final.  European finalists Juventus and Liverpool, had expressed concerns at the state of the stadium, urging UEFA to move the match to another venue. It later materialized that UEFA had only spent half an hour inspecting the stadium. 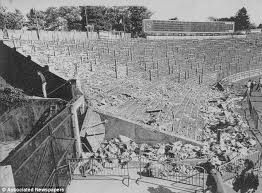 The poor stadium conditions, coupled with crowd trouble and inadequate stewarding are widely considered to have contributed to the Heysel Stadium disaster, in which 39 spectators lost their lives before the match. The outer wall had been made of cinder block, and ticketless fans were seen kicking holes in it to get in, plus the only escape route was at the top of the terraces, with only three gates on each short side, obviously insufficient for the 22,000 standing places on each terrace. Following the disaster it never hosted football again and only used for the annual Memorial Van Damme athletics meeting. 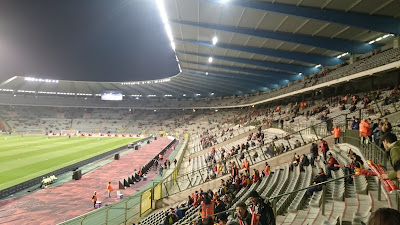 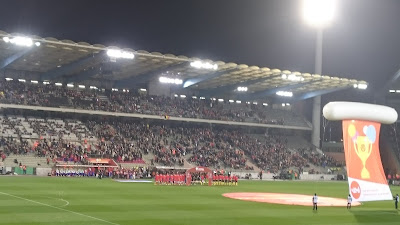 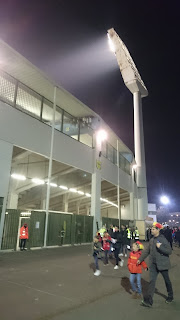 The ground was rebuilt in 1995 at a cost of BEF 1,500 million (around €37 million) in 1995 and renamed King Baudouin Stadium, after the Belgian monarch who had died two years previously. The only remains of the old stadium is a renovated gateway near the main entrance. The new structure has a two-tier wrap around horseshoe shaped stand which runs behind both goals to the corners. There is a separate two-tier main stand with a running track and facilities for field events.

The largest stadium in Belgium with a seated capacity of 50,093 was re-opened on the 23rd August 1995, as the home of the Red Devils - the Belgium national football team(this should have been ground no.666) One year after its relaunch it again hosted a major Euro final, the remodeled stadium saw the 1996 European Cup Winners Cup final between Paris St Germain and Rapid Vienna, then later the opening match of Euro 2000. 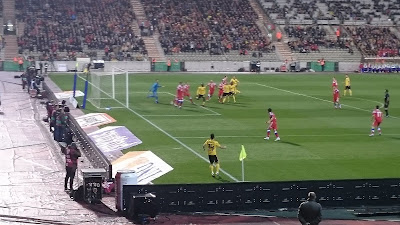 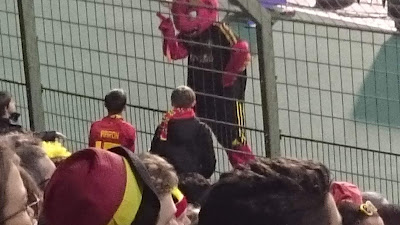 Euro 2020 Qualifying Group I matchday 1
Att.TBC
Weather:mild
Red Devils skipper Eden Hazard scored twice to spare the blushes of goalkeeper Thibaut Courtois in a convincing 3-1 victory over Russia. Courtois allowed Russia a soft equaliser after his error gifted a goal to Denis Cheryshev, moments after Youri Tielemans opened the scoring with his first international goal. Hazard scored a penalty just before half time after he was fouled by Zhirkov and he sealed the victory with his second in the last few minutes. 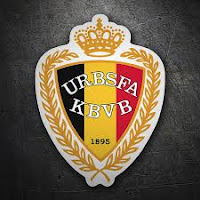 
This year’s Euro city break for the breadknife and I was four nights in Brussels. After a GBG session in King’s Cross/Euston on Sunday we travelled under the English Channel on Monday morning, arriving in the Belgian capital at 2pm. A hugely enjoyable week also includes a day trip to Bruges, revisiting the city after that eventful day in November 2012.
Our holiday mostly evolved around visiting pubs, beer, chocolate waffles and lots more beer, with our favourite drinking haunts being Cafe Rose Red, Bierbrasserie Cambrinus in Bruges and Little Delirium, Booze ‘n Blues, Delirium cellar in Brussels. 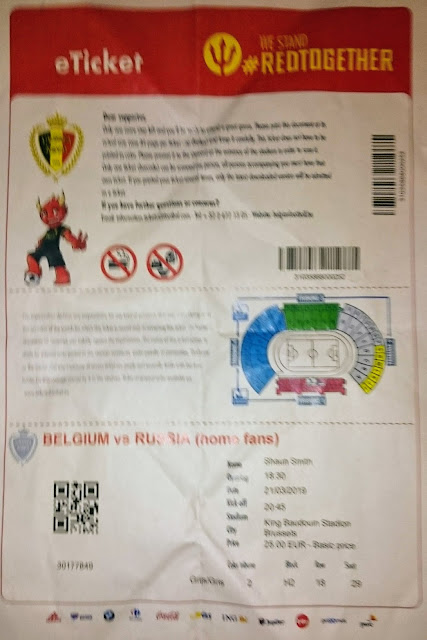 on March 22, 2019
Email ThisBlogThis!Share to TwitterShare to FacebookShare to Pinterest