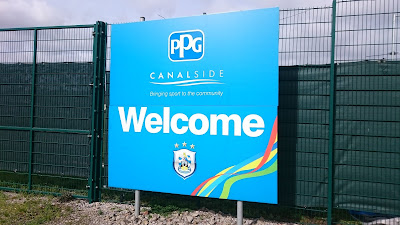 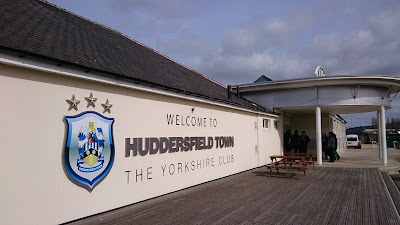 Canalside is located less than a mile away from the John Smith's Stadium. The main pitch is a five minute walk from the main reception building over the canal. The Terriers recently revealed plans on a £20m redeveloping of the club's training ground. Redevelopment plans include a brand new building for the first team which will contain a new hydrotherapy suite, gymnasiums, medical facilities, an analysis centre and changing rooms, which should be ready by the start of the 2020-21 season(so we can look forward to a revisit) 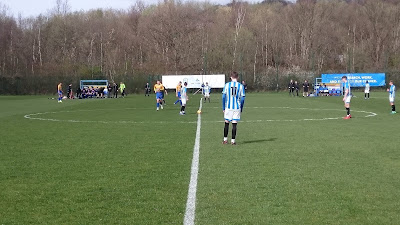 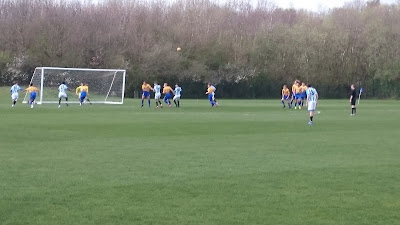 Mansfield Town produced a terrific performance, taking an early lead when Rhys Sarson capitalised on a mistake by the goalkeeper to set them on their way.
A 20 yard free kick by Tyrese Sinclair, followed by a header from Jamie Chisholm and a second for Sarson made it 4-0 at the break.
A brace from Rio Molyneaux in the second half and a good run and finish from Jimmy Knowles made it 7-0 at the full time whistle, on an afternoon when they could have easily reached double figures. 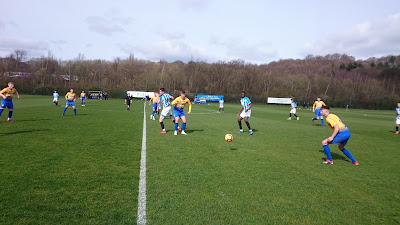 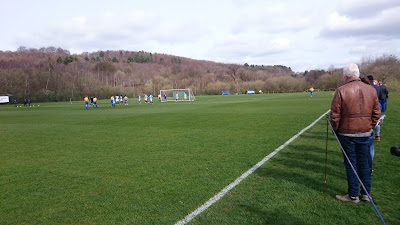 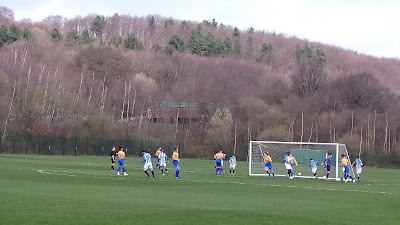 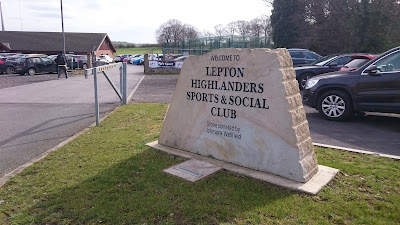 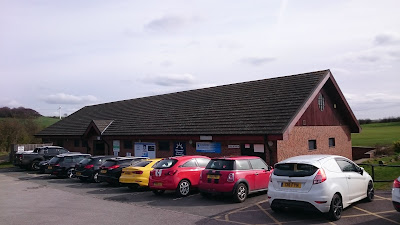 662.Lepton Highlanders Sports & Social Club
Wakefield Road
Lepton
Huddersfield
HD8 0LX
Lepton is a suburb in Huddersfield, just over 4 miles east from the town centre. The clubhouse and changing room block is at the entrance off Wakefield Road. There’s two pitches, a very slopey one on the right hand side, with the main pitch over at the far left, which is fully railed with a brick dugout on each side. 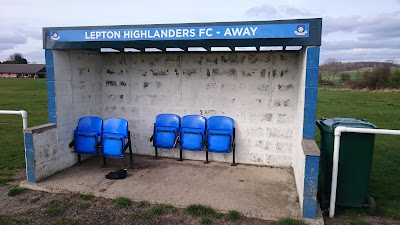 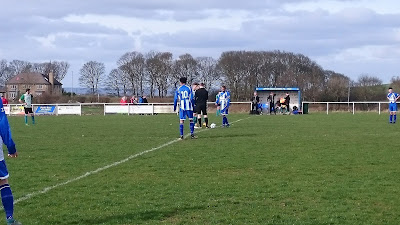 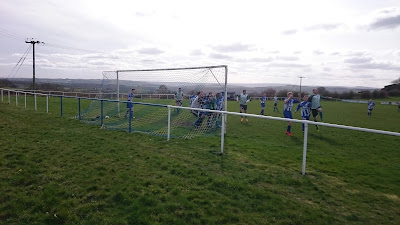 Visitors Golcar United had the match sewn up by half time. Ryan John gave them an 8th minute lead when his shot was turned into the net by the defender. Striker  Buddy Cox added a brace with two good finishes, each side of a penalty by Alex Hallam.
Lepton showed more fight in the second half, with Golcar having chances to extend their lead as it looked like we were going to see two home teams wearing blue and white stripes get gubbed by seven twice in one day. 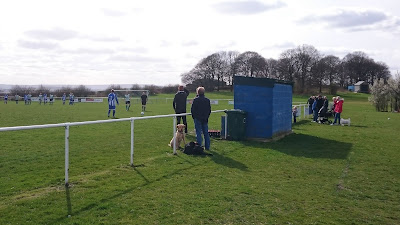 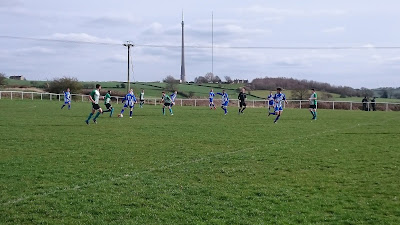 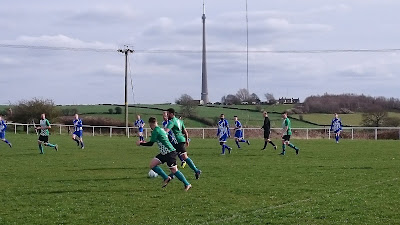 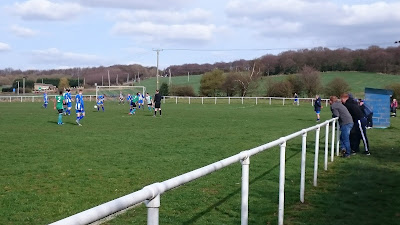 Picked KatLee up at 9.35am at Katie’s, arrived for our first match two hours later.
Lepton was a 15 minute drive from Canalside(5.5 miles) with easy access to the M1 afterwards so back hyem not long after 6 o'clock.