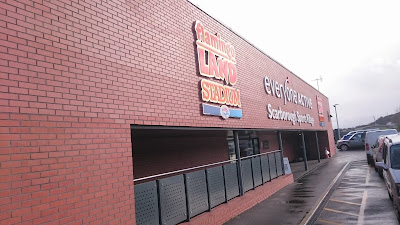 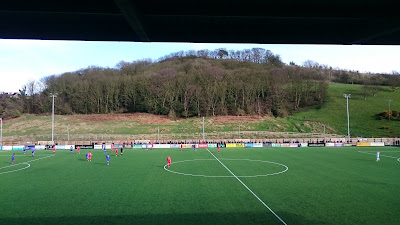 Scarborough is a town and holiday resort on the North Sea coast in North Yorkshire. (population 61,000) The town is the largest holiday destination on the Yorkshire coast, which lies between 10–230 feet above sea level, rising steeply northward and westward from the harbour on to limestone cliffs. The older part of the town lies around the harbour and is protected by a rocky headland. 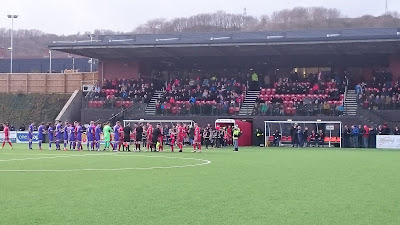 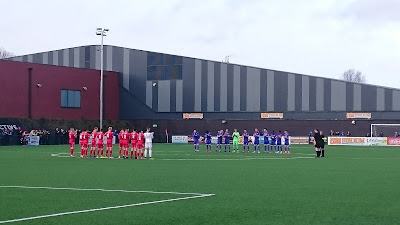 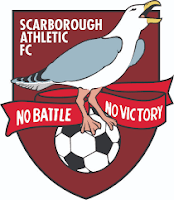 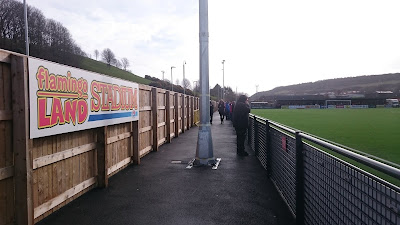 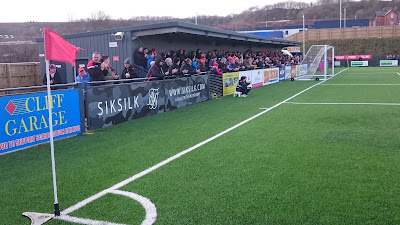 Flamingo Land Stadium
Scarborough Sports Village
5 Ashburn Road
Scarborough
North Yorkshire
YO11 2JW
Capacity 2,070 (250 seats)
Current Northern Premier League grounds visited 34/62
Following the club’s formation they groundshared at Queensgate in Bridlington before finally moving back into Scarborough in 2017. The opening match at the stadium was a friendly against a Sheffield United XI on the 15th July.
The covered stand backs onto the main reception building. There is a full covered enclosure behind one of the goals with the rest of the ground having open hard standing. 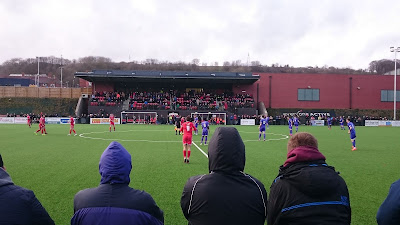 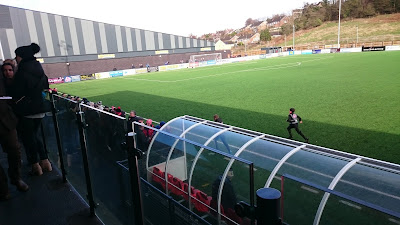 Scarborough Athletic(6th) v Stalybridge Celtic(10th)
Northern Premier League - Premier Division matchday 35/34
3pm ko
Att.801
Weather:very windy with rain showers.
Jacky Wind was man of the match in this game as he dominated proceedings. The Seadogs had the galeforce behind their backs and took the lead on the half hour when James Walshaw netted from close range at the second attempt.
The hosts had to defend the elements in the second half and looked to have succeeded until the visitors pinched it with two goals in the last few minutes. Stalybridge equalised with a shot from Scott Bakkor from the edge of the box, then a minute later good approach play was rounded off by Joshua Solomon-Davies from a tight angle to steal the win. 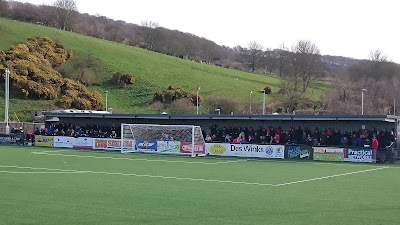 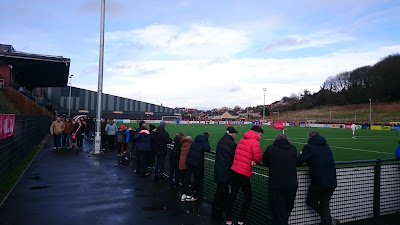 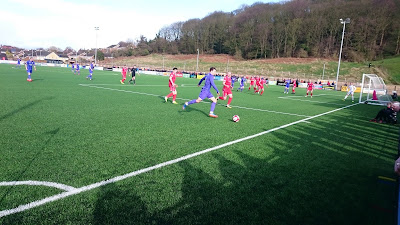 #HeedHopper
Train to York 0815(due on 1914 return)
Trains to Scarborough 0945 (due on 1750 return)
I’ve been to Scarborough many times, the last time would have been when the bairns were.. well...bairns. This was my first solo trip to the town so I got up to my usual beef - 8 pubs and a few record shops.
A very enjoyable day came to an abrupt full stop when I returned to Scarborough station for the journey home. My train had been cancelled, then when I finally got to York two hours later it was a train replacement bus service north, which pulled into Newcastle at 11pm. Nowadays I don't do as many rail day trips as I used to and this is another example why I can't be chewed with it. However I can claim most of my fare back, so a good day out has cost me next to nowt! 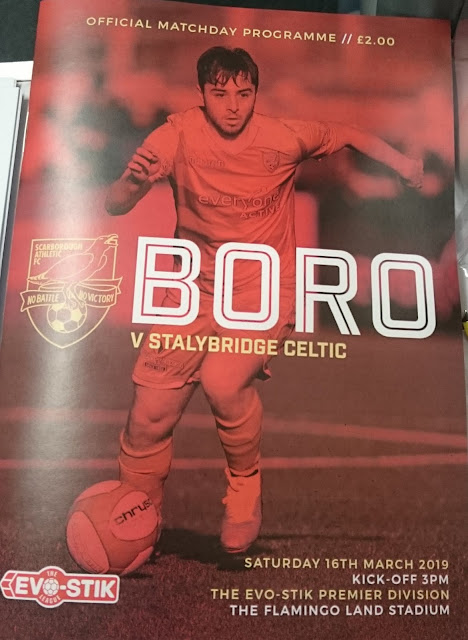