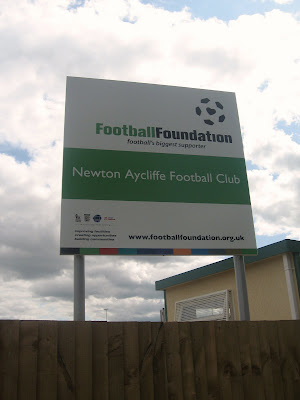 Newton Aycliffe have achieved their ambition of reaching the Northern League. The club stepped into the Wearside League last season from the Durham Alliance and took the title at the first time of asking. The championship was won by three points over nearest rivals New Marske SC, scoring 121 goals over 36 games with healthy crowds of over 250 for the title run in. 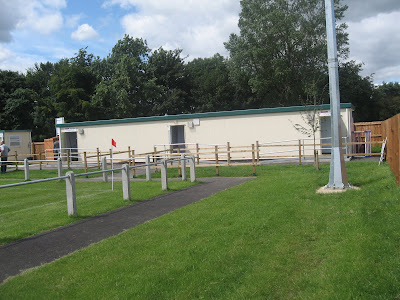 A grant of 300,000 from Sedgefield District Council as well as funding from the Football Foundation meant the required facilities and floodlights were in place by the end of last season.The ground has a new changing room block, admission hut and a building with incorporates a committee room, refreshment bar and toilets. The pitch is fully fenced off with hard standing on all sides. All that remains to complete the project is a main stand. This should be in place before the deadline to meet the step 6 criteria in March 2010. The stand is already marked out at the far side opposite the team dugouts. 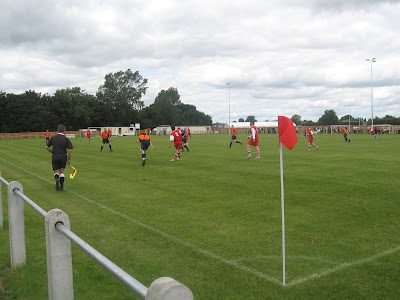 Aycliffe’s opponents for this pre season warm up were North West Counties club Wigan Robin Park.
I don’t know if it was the fact that Newton Aycliffe were a far superior football side or that it was a case of the Robins being bobbins. I think maybe it was the former as the home side played some great passing football and carved their opponents up with ease and flair.

The opening goal came on 13 minutes when full back Wood exchanged passes in the box before picking his spot from a tight angle. The home side missed several good chances, mainly thanks to the Robins keeper, who, as you may not have guessed by the score line, actually played a blinder.

A three goal burst in the last quarter of an hour before half time gave the score a more realistic look. Two goals from the impressive Cairns with a well timed run and cool finish and then a strong header meeting a good right wing cross. In between he set up his strike partner Gardiner for an easy tap in to make it 4-0 at the break.
The goal scoring continued in less than two minutes from the restart. Subsitute Caley scored his first of two goals with another sub Broom also grabbing a second half brace. The score could have been much more if it wasn’t for the three goals which were marginally chalked off for offside, as well as the referee blowing the whistle early to stop the onslaught . And so after double checking my notebook, consulting calculator and abacus, then consulting with the linesman it all added up to a full time score of - Newton Aycliffe 8 Wigan Robins Park 0. 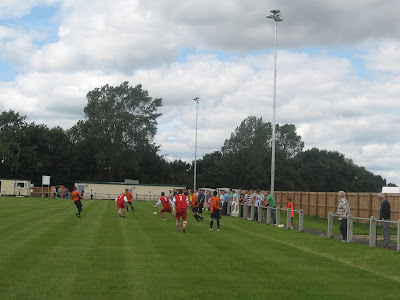 I’ll make the effort to revisit Moore Lane again, to see them in competitive Northern League action and to also check out the main stand once it’s up and running.
Their league programme get underway on August 8th with the historic first Northern League fixture hosted by Moore Lane Park against Hebburn Town. 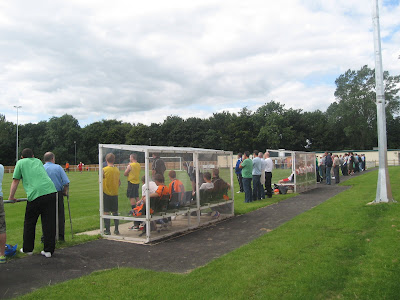 During the game I chatted with a lady photographer who; when noticing my notebook and pen in my hand asked the question “Are you somebody then?” I replied with “Well…not quite”
With today being my 44th birthday, I still have a little bit more time on my side and hopefully… when I grow up…this may one day be the case 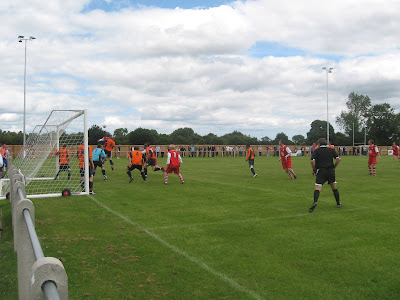