Around the Alliance - part five

This seasons trip around the Alliance didn’t go as I had planned mainly due to one thing - the weather. I visited Shankhouse back in October then planned more games before Christmas, but consecutive weeks of snow meant postponements, which included visiting Carlisle City being put on hold. (‘till hopefully next season) 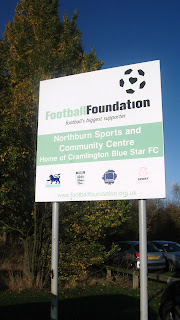 Shankhouse is the a small village and the oldest team in Northumberland, formed in 1883. The club joined the Northern Alliance in 1891-92, the following year becoming only the second club to win the league (after Sunderland ‘A’).
The current club emerged in the 1990’s, rejoining the Northern Alliance and progressed through the leagues to reach the Premier Division in 1998.
Shankhouse won the Alliance in 2004-05 under the guidance of current manager Gary Kirkup and finished runners-up the following year.
The club have played on many different pitches but have now settled in nearby Cramlington at the Northburn Sports Complex which is shared with Alliance 2nd Division club Cramlington Blue Star.
The pitch is enclosed with a picket fence which separates the ground from the neighbouring pitch at the far side. There’s a pair of Perspex dugouts and a set of three floodlight pylons on each side of the pitch. The facilities in the community centre are used for changing rooms and refreshments.

Shankhouse were up against newly promoted club Stocksfield, who clinched their third away win and in the process recorded a first clean sheet of the season
The winning goal arrived in the 35th minute when a corner kick from Bregstrand went through a crowd of players and fell nicely into the path of Josh Brooks, who poked the ball home from four yards.
The second half saw Pearson twice going close to doubling the lead, but Shankhouse struggled to break down a stubborn Stocksfield defence, comfortably holding on to their slender lead and gained revenge for the 4-1 reversal two weeks earlier. 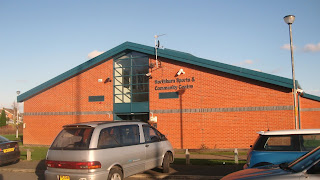 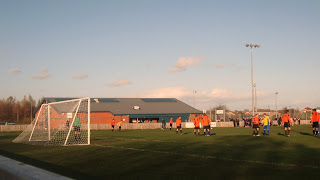 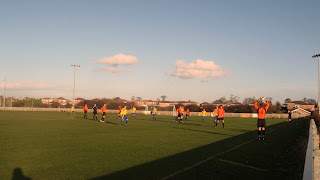 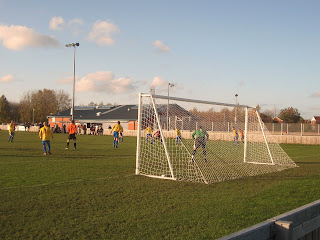 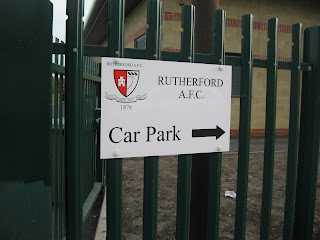 My first new ground this season was at Beggarswood Park, where I saw Northern League side Whickham kick off the pre-season. Since my visit back in July, work on the impressive new clubhouse and changing rooms is now complete with a new adjoining car park.
I took a dip into the First Division to see leaders Rutherford up against Percy Main Amateurs in a top of the table clash. Amble United separated both teams in second place, as the three clubs were battling for the two promotion spots.
Percy leapfrogged their rivals with a well deserved win over the league leaders. The decisive goal came early in the game when a right corner was met with a strong header from Tony Browell. Percy should have put the game to bed but missed a catalogue of clear cut chances which kept the game alive, giving Rutherford a chance of snatching a point. But the Main deservingly held on to close to gap at the top to a single point with both clubs going head-to head for promotion in the season finale.
Footnote.
Since that game both clubs remained in the top two with Rutherford clinching promotion on 15th May after a 4-1 win at Berwick United. Percy Main joining them the following week winning their final game (also at Berwick) to finish runners-up. 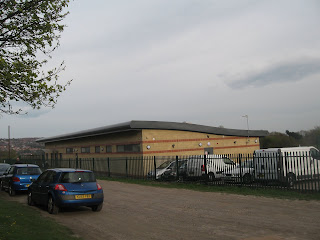 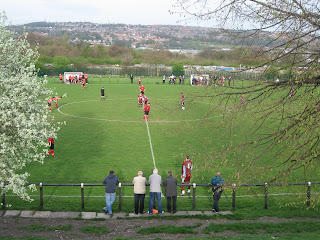 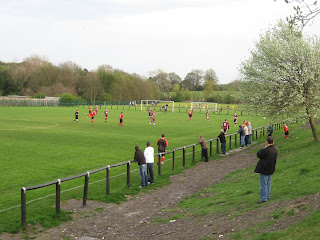 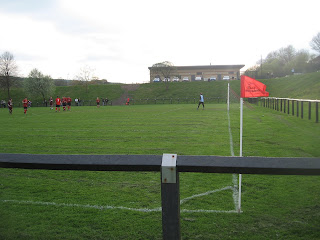 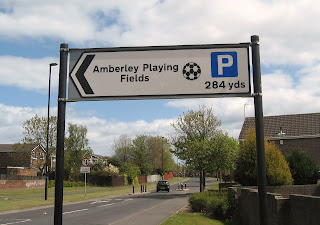 Killingworth Young Peoples Club who this year celebrate their 30th anniversary, formed a senior side in June 2007 to play in the Northern Alliance. The club have made a perfect start becoming champions of Division Two and Division One in successive seasons giving them Step 7 status going into their third season.
The club are based at Amberley Playing Fields which is a large complex with about seven full size pitches. The main pitch is in front of the pavilion which is fenced off with hard standing all round, dugouts but no floodlights, although there are lights on another fenced of pitch.
The KYPC building is fully licensed with a good choice of refreshments available and a big projector screen showing Sky Sports.
An early kick off which was originally scheduled for noon, before being brought forward to an 1130am start, saw a decent attendance with a few groundhoppers taking the opportunity of an Alliance double(rucksacks and carrier backs being the telltale sign)
A goal in each half saw the clubs share the points. Shankhouse took the lead on 19 minutes when Dortmand stayed onside before running through on goal and placing his shot wide to the keepers left.
‘House’ should have doubled the advantage when Cook hit the crossbar with a close range header, as minutes later they were punished after a defensive comedy of errors allowed Bolardo to head home Killy’s equaliser from close range.
Both sides pressed for a winner in the remaining twenty minutes but overall a draw was a fair result in a competitive match played in good spirit. 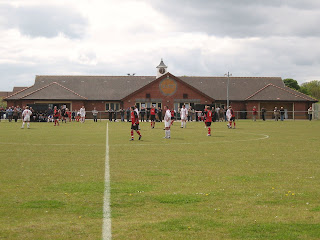 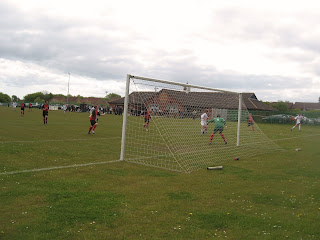 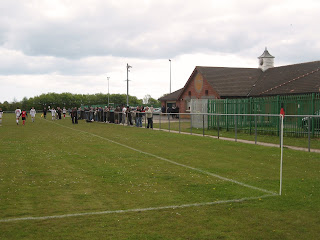 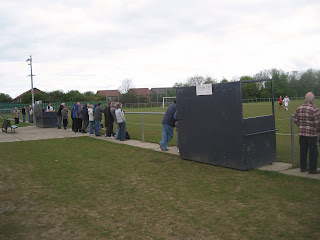