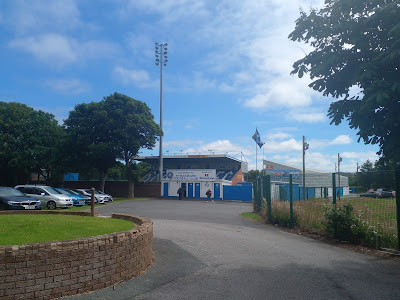 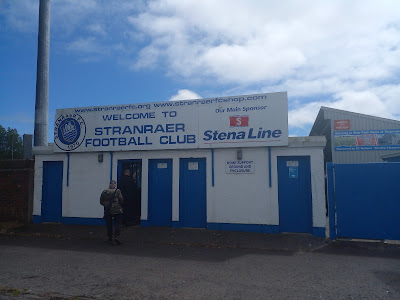 Stranraer is a town in Dumfries and Galloway, located in the historical parish of Inch in the county of Wigtownshire. The name derives from Scottish Gaelic ‘An t-Sròn Reamhar’ meaning "the broad headland" or "the fat nose" (Population: 13,000)

The town lies on the shores of Loch Ryan, on the northern side of the isthmus joining the Rhins of Galloway to the mainland.  It was formerly a ferry port, connecting the south-west of Scotland with Belfast and Larne in Northern Ireland. In November 2011, Stena Line relocated its ferry services just a few miles north of Stranraer, to a new port at Old House Point, north of Cairnryan. 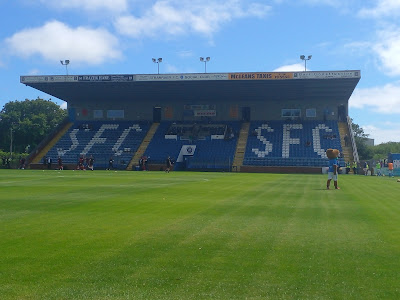 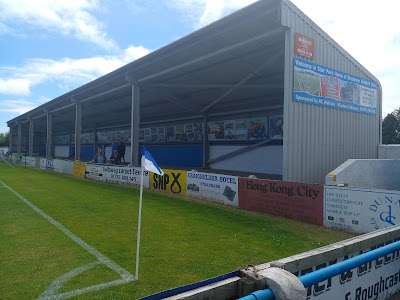 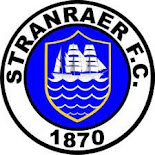 Stranraer F.C. was founded in 1870, making it the third-oldest football club in Scotland behind Queen's Park and Kilmarnock, and in the Top 20 of the world's oldest clubs. The Blues played in the South of Scotland League until finally entering the Scottish Football League in 1955.

In a week when we sadly lost legendary Scottish International goalkeeper Andy Goram, there’s a tenuous link between Stranraer and the ‘keeper during his days at Hibernian, as he’s mentioned in The Proclaimers song ‘Cap in Hand’ from the 1988 album ‘Sunshine In Leith’ ...

I could get a broken jaw from being in a fight,

I know its evening when day turns to night,

I can understand why Stranraer lie so lowly,

They could save a lot of points by signing Hibs goalie. 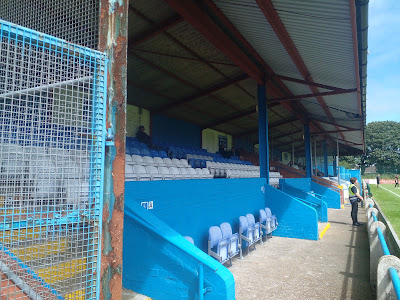 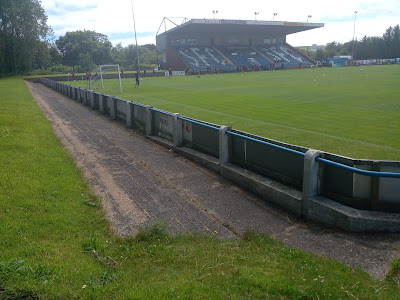 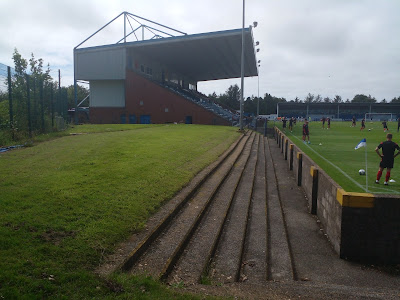 The football ground is part of a public park owned by Dumfries and Galloway Council. The park features a bandstand, all weather tennis & netball courts, skatepark and a football pitch. The park and stadium were named after the Earl of Stair, who donated the land to the local authorities.

The club played at Rephad, the bowling green, Sandmill area, Ladies’ Walk, the recreation ground and the trotting track, which gave the club its first nickname of “The Trotters”

Stair Park opened in 1907, with the first stand built in 1932. The Shed terrace was added when the club entered the Scottish Football League. There were no significant further changes until 1981, when it became the last ground in league football in either England or Scotland to install floodlights. Significant improvements were made during the 1990s, with 300 seats installed in the Shed, then a new 1,524 capacity main stand constructed. 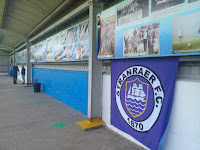 The stand was built by Barr Construction, at a cost of £500,000 and sits on the halfway line, with terracing on each side of the stand. The ‘Coo Shed’ is opposite, which is now all seated with terraces at the sides. There's an open terrace behind the east goal and a covered terrace opposite, which has the nice touch of historical photographs in the back wall. 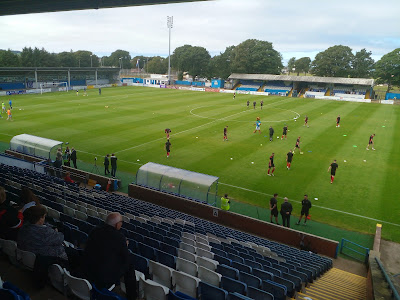 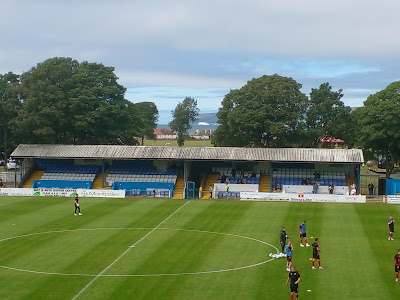 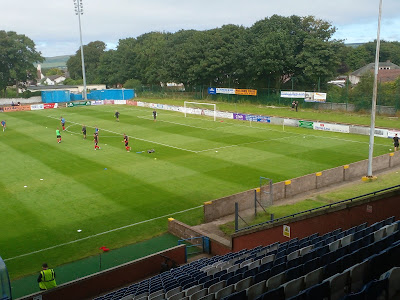 A very entertaining cup tie saw Queen's Park race into a three goal lead. Simon Murray slotted home the opener in the 9th minute, followed by a bullet header to double their lead with 27' gone. Grant Savoury fired in the third from outside the box in the 41st minute, before a crazy end to the first half.  Scott Robertson pulled one back for the Blues, then Hilton had a penalty saved, only for Scott McLean to net the rebound. However straight from the restart, Murray grabbed his hat-trick to make it 2-4 at half time.

The goals dried up in the second half, but both sides created plenty of good chances. We had to wait until the final action of the game for a goal with Savoury grabbing his second, for the 31st goal I've seen already this season, after just four matches attended. 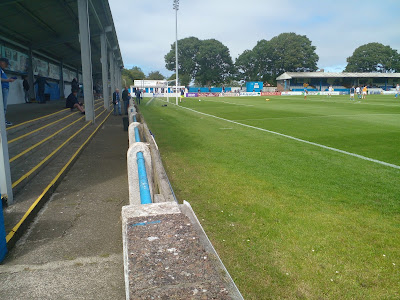 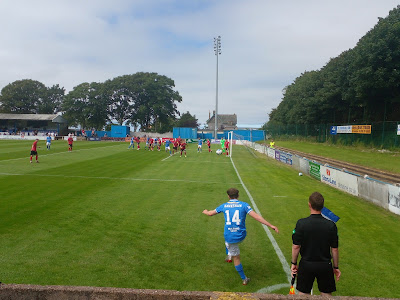 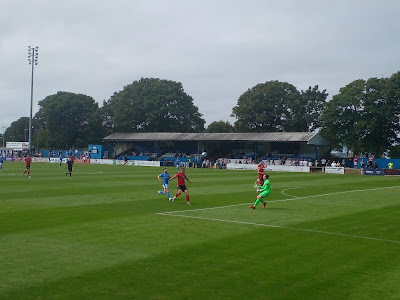 The quickest route to Stranraer is by car, but I didn’t want to do the long drive from north-east England to south-west Scotland in the winter months and preferably in the company of Lee & Katie. The fixtures fell perfectly with my Saturday off work, coinciding with the opening fixtures of the group stage of the Scottish League Cup.

We set off at 8.20 and broke up the journey by spending the morning in Dumfries. We had a Spoons breakfast and I visited the Jellybone record shop, where I picked up three bargain 45s. 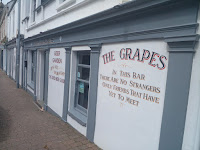 The second leg of the road trip along the A75 took an hour and a half so we finally arrived at our destination at 1.20pm, leaving plenty of time to visit the GBG listed  - The Grapes, before the match.

I really enjoyed my visit to Stranraer, the local folk were very friendly, I liked the ground, we saw a cracking game of fitba, the weather was glorious and a smooth drive back home meant I was back in the Heed at 8 o'clock.