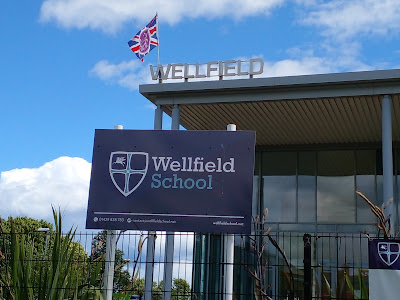 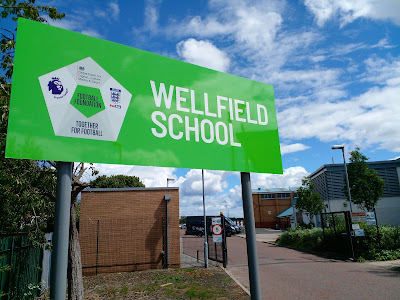 I started the brand new football season with two matches in County Durham. On Friday night I saw five goals on a revisit to Newton Aycliffe followed by a further eleven goals for my first new venue of the season in Wingate. 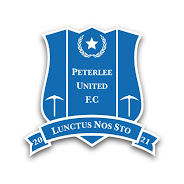 Peterlee United are one of eleven new entities into the Wearside League this season, of which three of those play at previously uncharted grounds. The club were a Sunday league team but have switched to Saturday's, based at the Wellfield Community School, 3 miles south-west from Peterlee in Wingate.

The former pit village was originally home to 30 farmers until coal was discovered in 1839. The name Wingate is said to derive from the Anglo-Saxon words windig (windy) and geat (road) meaning windy road. Although it was a warm sunny day at the match there was a constant strong gust of wind, so the village lives up to its name. 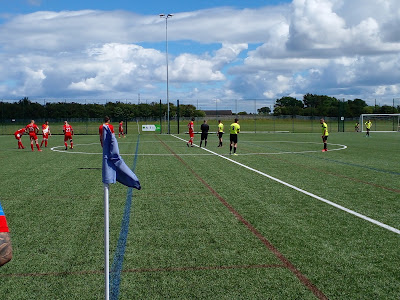 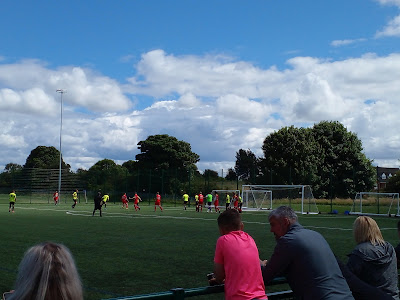 Peterlee couldn't have picked a tougher opponent for their opening warm up game.

Wearside League First Division club Shotton Colliery were seven goals up by half time. Matthew Johnson chipped in the opener after 9 minutes and bagged a further three in a 12 minute spell just before the interval. Shaun Jackson, Jay Nicholson and Jordan Fenwick were also amongst the goals in the opening 45 minutes, when they could have hit double figures but for some super saves from the Peterlee 'keeper.

The home team were a bit more organised in the second half, until two goals in 3 minutes from Joshua Stradling and Lance Brightwell took their tally up to nine. Johnson got back into the act late on, scoring with a lovely turn and finish, followed by a diving header to make it 11-0 at full time. 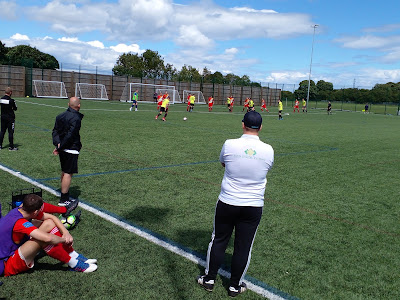 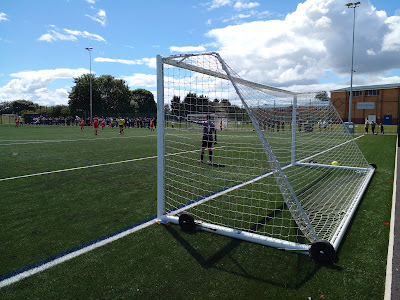 There's a traditional 4G cage at the side of the school, with a spectators section down one side.

Met up with Katie & Lee at the match. Peterlee United are Lee's local club and he knows most of the players(and supporters) from Sunday league. 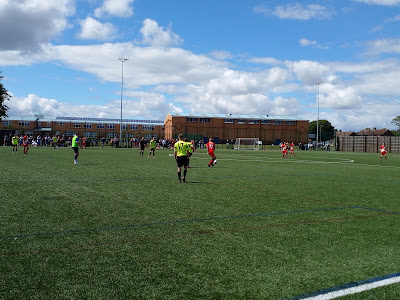