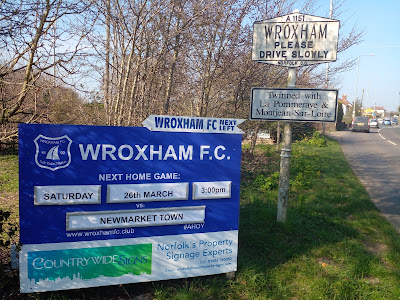 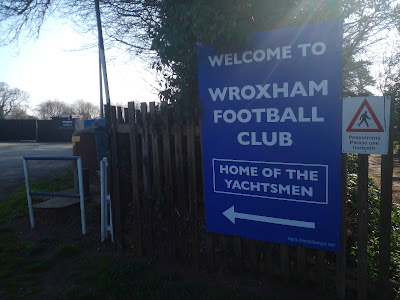 Wroxham is a village and civil parish in Norfolk, eight miles north-east of Norwich city centre.  The village is situated within the Norfolk Broads on the south side of a loop in the middle reaches of the River Bure. The village and broad lie in an area of fairly widespread agriculture, with areas of wet woodland bordering the broad and river. (population:over 1,500)

Wroxham Bridge was rebuilt with brick and stone in 1619, replacing a bridge built in 1576. After Potter Heigham, it is considered to be the second most difficult on the Broads to navigate, so a pilot station sits on the Hoveton side of the river to assist boaters for a fee. 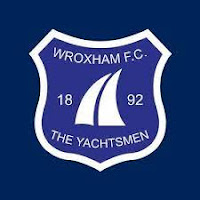 Wroxham FC was established in 1892 by George Preston, a former captain of the Norfolk County team. They initially played in the East Norfolk League and the Norwich City Junior League. The club joined the East Anglian League in 1935, but dropped into the Norwich and District League in 1955. Following the merger of the East Anglian League and the Norfolk & Suffolk League, The Yachtsmen joined the new Anglian Combination in 1964.

The Yachtsmen reached the final of the FA Vase in 2010 but came up against the formidable Whitley Bay who beat them 6-1. The club have also won the Norfolk Senior Cup on eight occasions, the last of which came in 2010. 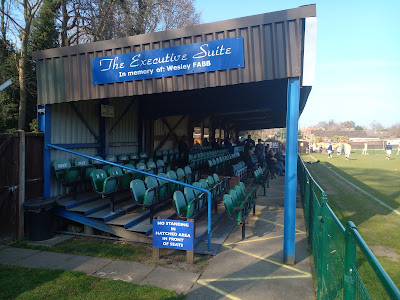 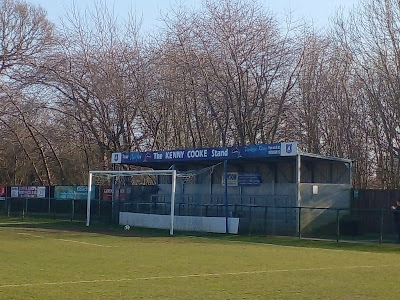 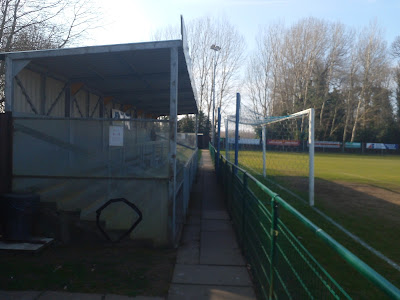 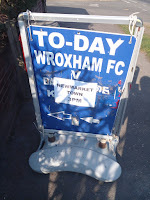 The club initially played at Wroxham Park, then at The Avenue and Keys Hill. The club moved to Trafford Park in the 1940s, which was just a field on Skinners Lane before adding an old timber pavilion from the previous ground.

The Les King Stand was built in 1990 and sits on one side of the half way line. The dugouts are opposite, beside the clubhouse which was built in 1994. Behind the top goal is a covered enclosure called the Kenny Cooke Stand, which houses the vocal home fans. I particularly liked their little ditty which goes..  "We're not Wrexham from north Wales, we are Wroxham from the Broads" 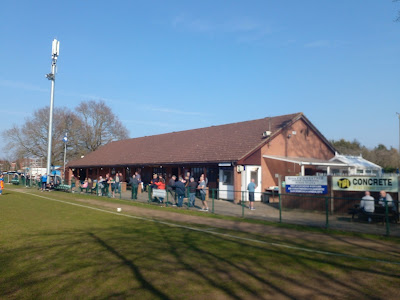 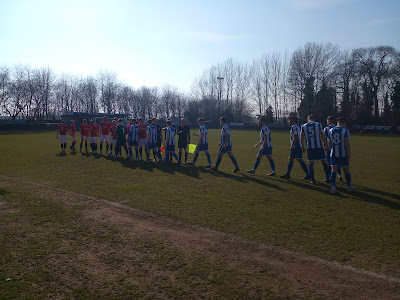 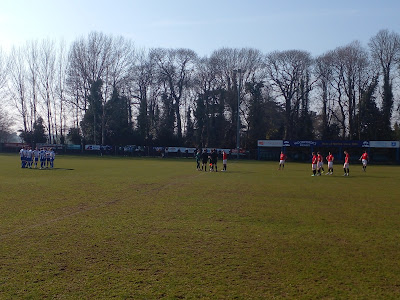 The decisive goal came early on when a Wroxham defender misjudged a long clearance from Jon Carver. The bouncing ball was met by Lewis Whitehead who turned and volleyed home to give the Jockeys a 14th minute lead. The match was very competitive with plenty of good openings from both sides with the woodwork coming into play to keep it at 0-1. 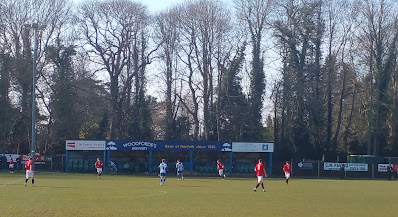 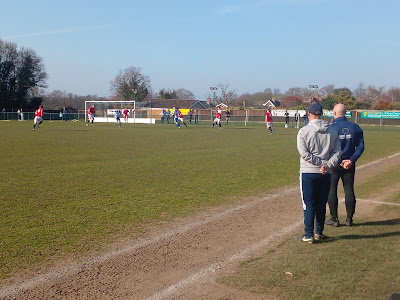 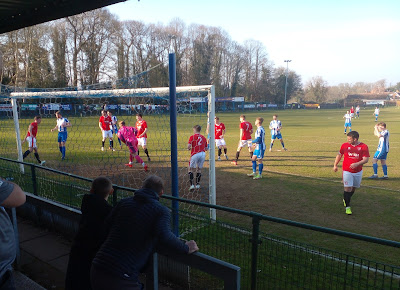 The match coincided with a weekend in Norwich for the breadknife and I, on another of our mega pub tours. We travelled to Norwich by train, connecting at Peterborough and arrived just after 2pm on Friday.

My journey up to Wroxham for the match on Saturday afternoon was on the number 12 bus, which is a 25 minute trip from Norwich city centre.

The last time I visited this fine city was nearly 37 years ago. Newcastle played at Carrow Road for the final match of the season and us regular Toon travellers stayed for a long weekend. We stopped at the same hotel as the United players(I think it was actually called Hotel Norwich…Ed) although we were unaware of this until we went down for breakfast on matchday after a rowdy Friday night on the lash. Although we had a great time, this particular weekend is always remembered for the Bradford fire and the tragic events at Valley Parade on the 11th May 1985.

For this long overdue revisit to Norfolk, we were joined by serious pub ticker Mark Wilko, who chose Sprowston for his football fix. Over the two days we called at 29 pubs, our particular favorites being the Jubilee, Artichoke and the Plasterers, amongst many other fabulous boozers we supped in over this cracking weekend. 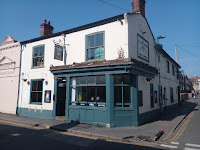 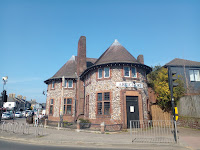