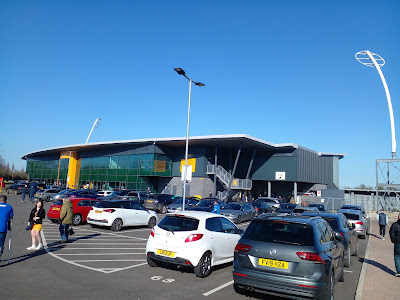 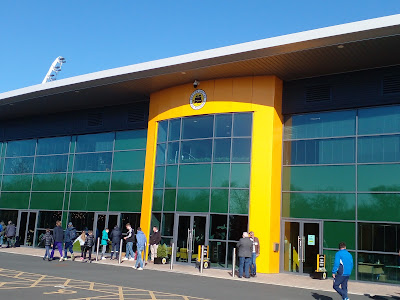 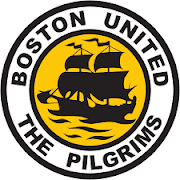 Boston United played their final season at the classic York Street in 2019-20. I visited the old ground back in March 2007, which can be read here. That visit coincided with their last season as a Football League club, dropping down into the Conference after a five year stint. Following relegation, The Pilgrims entered administration and were relegated down two divisions into the Conference North, then demoted to the Northern Premier League the following season. The club won promotion via the play-offs in 2009-10, but have missed out on promotion to the National League, losing play-off semi-finals on four occasions, the last of which was their final match at York Street against Altrincham in 2020. 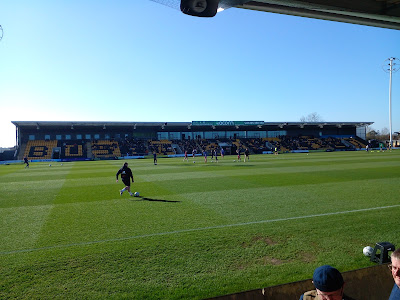 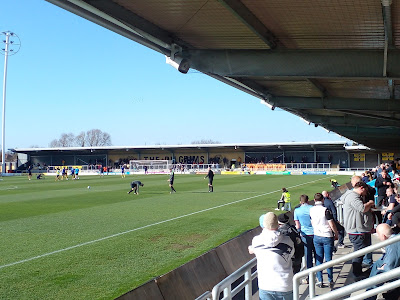 The stadium is on the outskirts of Boston in Wyberton, a good half an hour walk from the town centre. The early fixtures were played behind closed doors due to the Covid-19 restrictions, with the first game being a 2-0 defeat to Chorley in the National League North on the 5th December 2020. Following the relaxation of these restrictions, the first match in front of fans was a pre-season friendly against Lincoln City on Saturday 17th July 2021.

The ground has a single tier main stand with a mix of yellow and black seats. Opposite is a covered terrace which is split as an away section, so there's no seating option for away supporters, who may be disabled or struggle to stand for a long period of time. (A fellow Heed supporter actually contacted the club about this and failed to gain a response) There's a covered terrace behind one of the goals, while the other end is still not finished. The stadium is set off with a set of  spoon shaped floodlights in each corner. 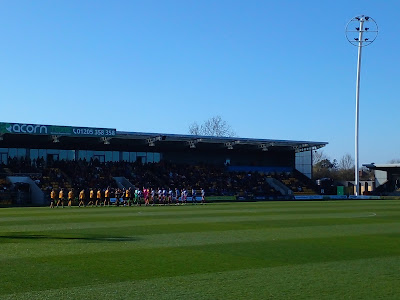 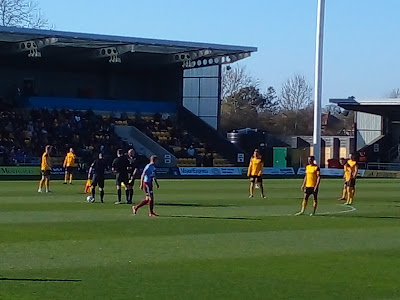 Gateshead maintained pole position in the National League North coming through a tough fixture with Boston. The hosts made a positive start but fell behind when a Greg Olley free kick was headed into his own net by Tom Platt in the seventh minute. United were rewarded for their good start when Danny Elliott levelled from the penalty spot ten minutes later.

The match was halted in the 39th minute following an injury to the linesman. After an appeal to the crowd for a qualified replacement and an anxious wait (hoping that the match wouldn't be abandoned, or would I miss my train or more importantly is there still time to go to that other pub) the game restarted 16 minutes later, with the score staying level at half time.

The Tynesiders were back to their best in the second half and grabbed what turned out to be the winner in the 49th minute. Olley ran through the home defence and laid the ball off to Scott, who cut inside and fired home with his left foot. Another win for the Heed but also another win for Brackley, so the race for the title and automatic promotion looks to be going to the wire. 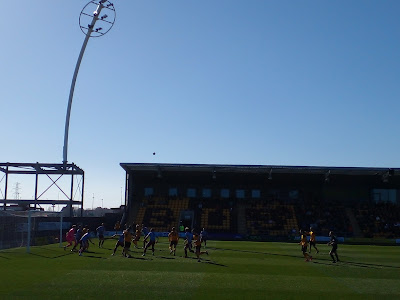 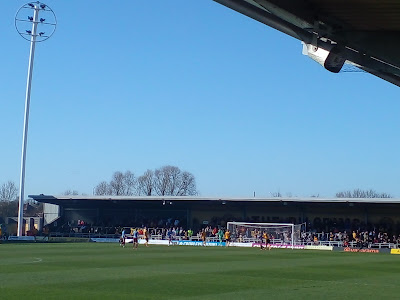 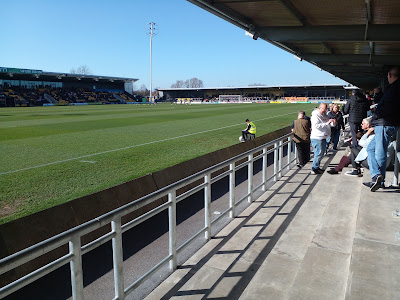 Just like my previous visit to Boston, I stayed at Ann and Malc’s village home in Lincolnshire, just outside Grantham. The breadknife and I arrived on Friday evening and we had a lovely weekend, especially on Saturday night in the Man Cave - The best little pub house in South Kesteven. 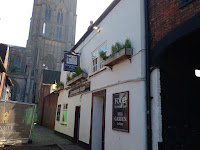 On Saturday morning I met up with my cousin-in-law Alan for the match. We had time for a drink in the Tollemache Inn and the Grantham Railway Club before catching the 1128 Skegness train to Boston. On arrival we called at the Moon Under Water, Church Keys and Goodbarns Yard before the long hike to the stadium.

At half time Alan asked if  he could nip outside for a smoke. When he was let out, the club steward failed to inform him that he wouldn't be allowed back in. After he rang me, I argued with the arsey steward who kept responding with "There's no smoking allowed " even though he was smoking outside the stadium. Alan went to the club office and argued his case that there's no rule written within the stadium or on the match ticket, regarding outside smoking, so they had no choice but to let him back in.

Unfortunately he missed the first ten minutes of the second half and the winning goal for Gateshead, but at least we didn't miss going to The Eagle before the 1757 train back to Grantham.