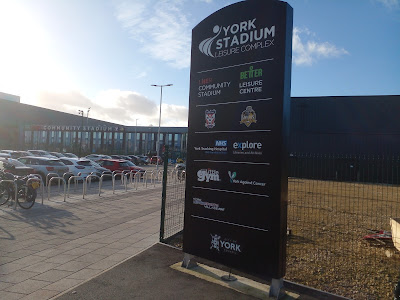 York is a cathedral city with Roman origins at the confluence of the rivers Ouse and Foss in North Yorkshire. This historic county town has historical long-standing buildings and structures, such as York Minster, York Castle and the city walls.

The city was founded by the Romans as Eboracum in 71 AD. It became the capital of the Roman province of Britannia Inferior, and later of the kingdoms of Deira, Northumbria and Jórvík. York grew as a major wool-trading centre in the Middle Ages and became the capital of the northern ecclesiastical province of the Church of England. In the 19th century, the city became the heart of the railway network and a confectionery manufacturing centre, a status it preserved well into the 20th century. (city population near 154,000) 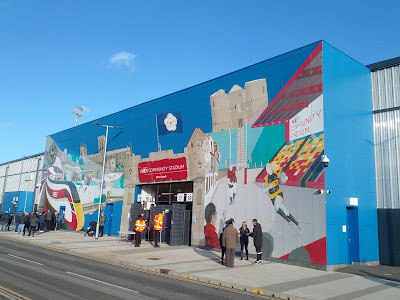 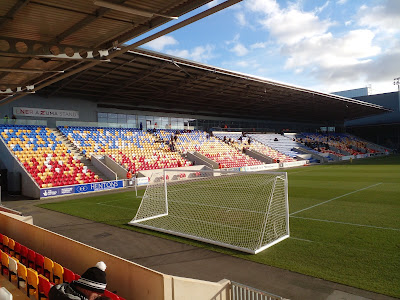 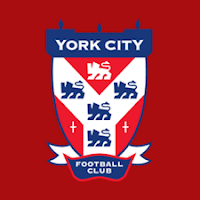 York City Football Club was founded in 1922, playing seven seasons in non-League before joining the Football League. York played in the third tier until 1959, when they were promoted for the first time and achieved their best run in the FA Cup in 1954–55, when they met the mighty Newcastle United in the semi-final. They yo-yoed between the Third and Fourth Divisions, but spent two seasons in the Second Division in the 1970s. The Minstermen played at Wembley for the first time in 1993, when they won the Third Division play-off final, but at the end of 2003–04, they lost their Football League status after relegation from the Third Division. 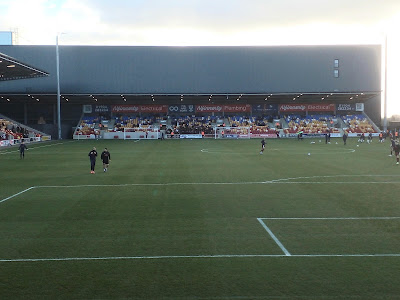 York City played at Fulfordgate from 1922 to 1932, then moved to Bootham Crescent, their well loved home for 88 years. I always enjoyed my visits to the old ground, the four matches I attended there were:

A rare away road trip with Kev Monas with my mate Zippy in tow.

The one when me and Lee Robbo went on a mega pub crawl and ended up getting ourselves lost. We missed the first fifteen minutes of the match.

The one when I was mortal and while running back to the train station after the match, collided with a wall. I just caught the train with seconds to spare.

The one when me and Honest Paul missed the train to York, then hot footed over to Gateshead to cadge a lift on the supporters bus. 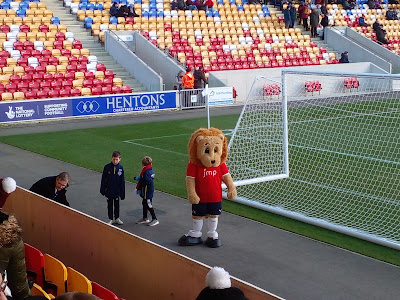 The York Community Stadium is outside the city walls in Huntington. It is owned by City of York Council, shared by the football club and York City Knights Rugby League FC.

The move to a new stadium was necessitated by the terms of the loan York City secured from the Football Stadia Improvement Fund to purchase their Bootham Crescent ground. Planning permission was granted for the current design in March 2015, put forward by Greenwich Leisure.  After several delays, construction began in December 2017, with the stadium and the adjoining leisure complex completed in December 2020.

The stadium comprises four single tier stands, with the East Stand accommodating hospitality guests, players, officials and the media, and is connected to the adjacent shops and community hub. The seats are randomly coloured red, white, yellow and blue, a combination of the colours of both teams.

The opening match at the LNER Community Stadium saw The Minstermen host AFC Fylde on the 16th February 2021, which ended in a 3–1 defeat for York with Fylde centre half Alex Whitmore scoring the opening goal at the stadium. 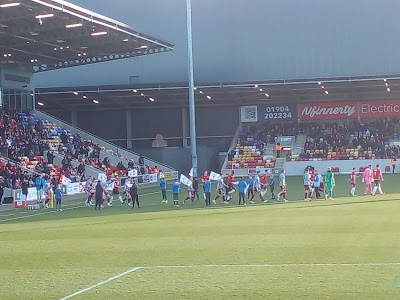 League leaders Gateshead were denied the chance to strengthen their position at the top, as struggling York battled for a point.

The Heed finally broke the deadlock in the 76th minute when a shot from Blackett was brilliantly saved by Jameson, only for Cedwyn Scott to calmly slot home the rebound - the Heed's 50th league goal of the season. That strike looked to have been good enough for the win, but just four minutes later a free-kick from the right found substitute Clayton Donaldson at the far post to give the Minstermen a share of the points. 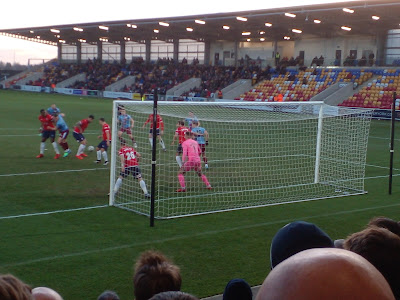 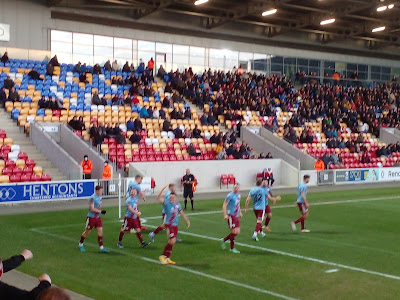 After a hectic morning in which I survived the onslaught of Storm Malik, I drove down to the match straight after work. This meant missing out on the delights of York's many fabulous ale houses, so out of the 433 away supporters in attendance I seemed to have been the only one sober! (If Alan Price was there that would make two… Ed)