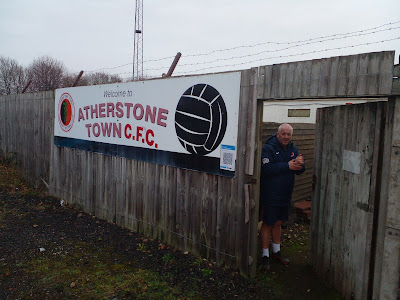 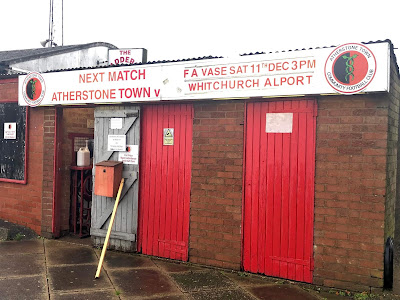 Atherstone is a market town and civil parish in North Warwickshire, in between the larger towns of Tamworth and Nuneaton.  (population 8,670)

Atherstone dates back to the Roman settlement named Manduessedum, which existed at Mancetter, near the site of modern-day Atherstone. The Roman road was on Watling Street, which later became part of the A5 motorway.

Legend has it that the rebel forces of Queen Boudica were defeated in their final battle against the Romans at a location near Manduessedum in around AD 60. The Domesday Book of 1086, records that Aderestone was held by naked horse rider Countess Godiva.

An annual tradition in town is the Shrove Tuesday Ball Game played on a public highway with large crowds, which dates back over 800 years to the reign of King John. The free-for-all kickabout is played along Watling Street at the point where it forms the main street of the town centre The ball is decorated with red, white and blue ribbons that are exchanged for cash by anyone able to grab one. The match kicks-off at 3:00pm, when the thick heavy leather ball is thrown from the window on Long Street, then continues until about 5:00pm. There are no teams or goals and only one rule -  players are not allowed to kill one another! 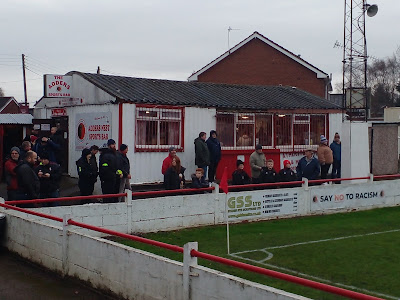 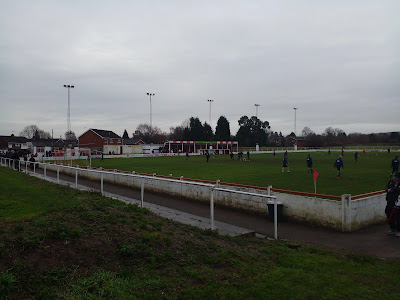 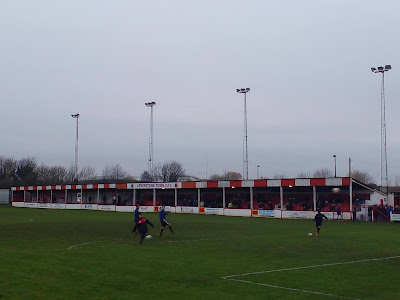 The original Atherstone club was formed in 1887, reaching the semi-finals of the FA Amateur Cup in 1908 and 1909. After playing in several local leagues, they joined the Birmingham Combination in 1911

The club folded in 1979, but immediately reformed as Atherstone United, taking the reserve team's place in Division One of the West Midlands (Regional) League.

The Adders were promoted to the Southern League Midland Division in 1987, finishing runners-up in 1988-89, then played in its Premier Division until relegation in 1999-2000. They subsequently folded midway through the 2003–04 season, then yet again reformed under the name Atherstone Town, joining Division One of the Midland Combination for the 2004–05 season. 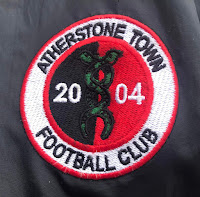 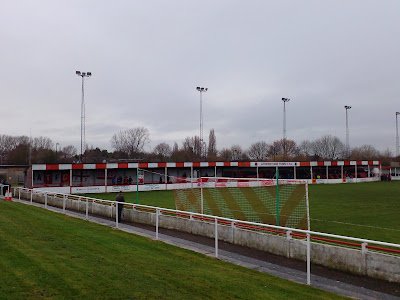 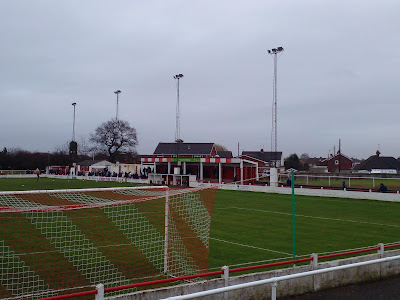 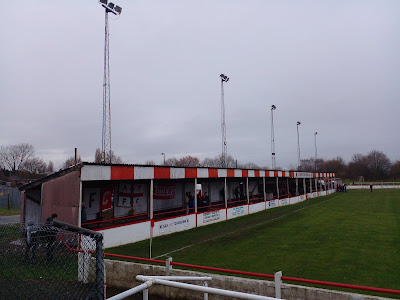 The ground has two entrances on each side. The changing room side has a pitch length seated stand, which has a standing section at the far end. On the opposite side is the clubhouse, where there's a covered enclosure with the team dugouts in front. Behind both goals are terrace steps with grass banking and the ground is decorated in the club colours of red & white stripes. 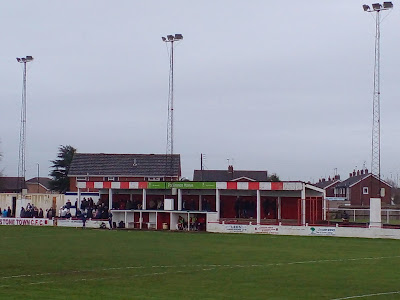 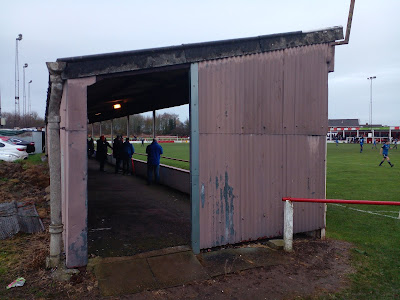 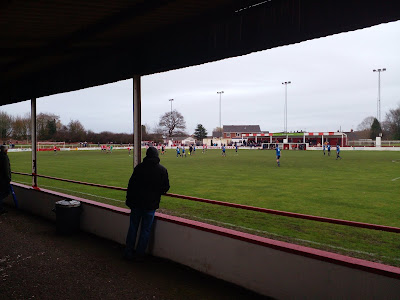 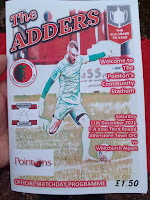 Whitchurch came from behind to claim their spot in the next round of the Vase. The Adders took the lead on 20 minutes when Brady Middleton had a simple tap in after the ball rebounded back off the 'keeper. As the game reached the hour mark Atherstone looked quite comfortable and a much needed second goal would have seen them progress. The match turned on its head once Jimmy Garlick equalised with a header at the near post. Ten minutes later Ivan Urvantev fired in a penalty,quickly followed by a red card for Mitch Thomson for a late challenge in midfield to reduce the hosts to ten men. The visitors secured victory deep into stoppage time, when Jack Berman was sent clean through and made no mistake to make it 3-1 to Alport. 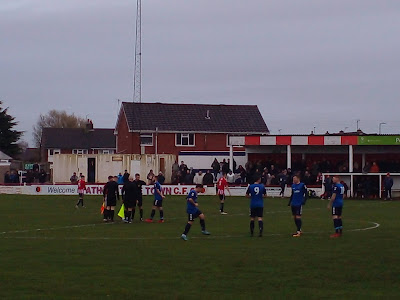 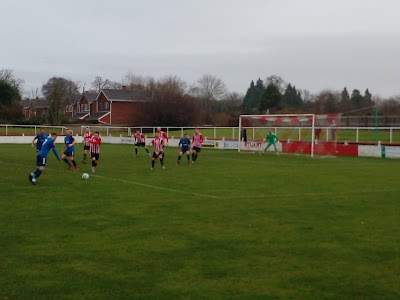 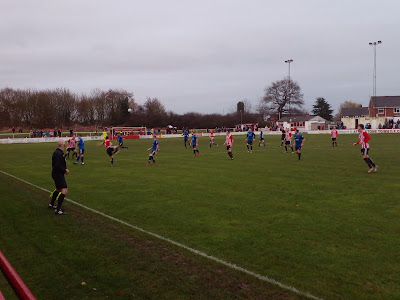 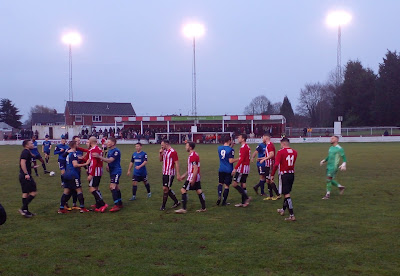 9.30am departure from Wallace Towers 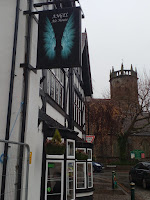 Lee's Law states that on FA Vase (or FA Cup) Saturdays, a match must be attended in that competition. The closest Vase tie at an unvisited ground  for us, was this cracking little ground in North Warwickshire. On arrival we  explored the town centre and called for a drink at the GBG listed Angel Ale House.

We originally planned to tick off Litchfield City, but they were mysteriously kicked out of the Vase, so this was the pick and as it turned out, a far better choice. 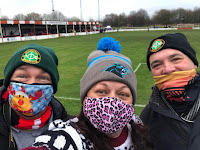