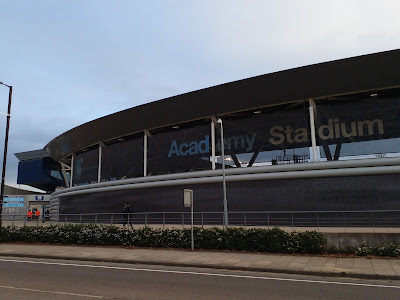 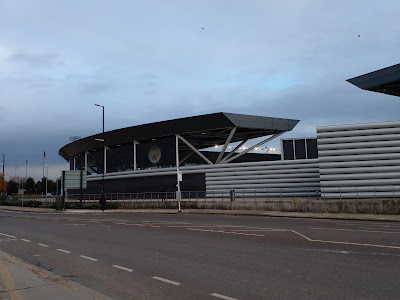 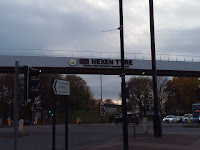 The Academy Stadium forms part of the Etihad Campus, which is an area of Sportcity in East Manchester. The £200m development of the south-eastern portion of the Etihad Campus site was focused on the regeneration of the Clayton Aniline site which consists of 80 acres of Brownfield land. The campus opened in December 2014 and caters for around 400 youth players. The ground is situated only 400 metres from the Etihad Stadium and are linked together via a 190-metre bridge across the intersection of Ashton New Road and Alan Turing Way. The stadium is home to the Elite Development Squad and other academy sides, plus the successful Manchester City Women team.

The stadium has four separate stands with terraces behind the goals and single tier stands at the sides. The main stand has numerous facilities including a press room, board room, offices and retail space. 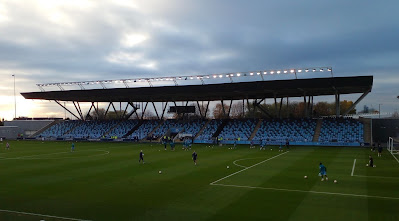 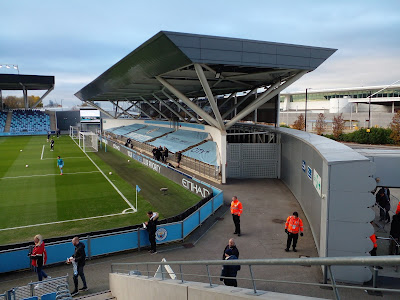 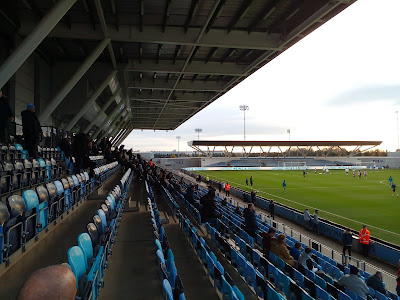 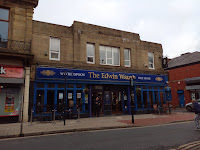 Picked up Lee & Katie at 10am, taking full advantage of my day off to finally tick this ground off. We stopped off in a busy Heywood on route, which included another new JDW visit. As per usual, we bumped into someone we know, as Fife Groundhopper Jimmy Brown was also at the match. 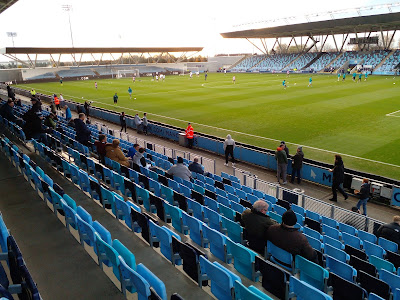 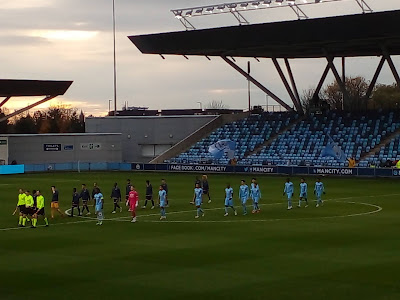 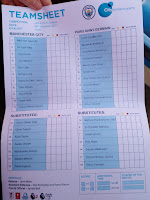 Man City’s EDS side crashed out of this season’s UEFA Youth League, with goals from Djeidi Gassama either side of half time. Xavi Simons set up Gassama for the opener five minutes before the break, then a neat piece of skill in the box made space for him to fire in his second. The Parisians extended their lead when Gassama played the ball in to Wilson Odobert to make it 0-3 with ten minutes remaining. City were rewarded for their efforts when Rico Lewis tapped in a late consolation.

PSG now face Club Brugge in matchday 6 in the Group ‘A’ decider in a fortnight's time. 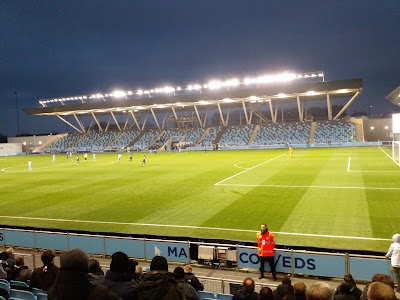 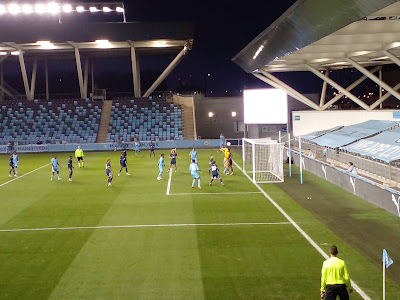