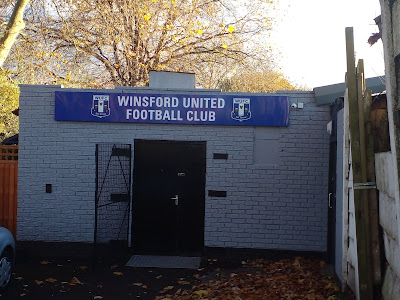 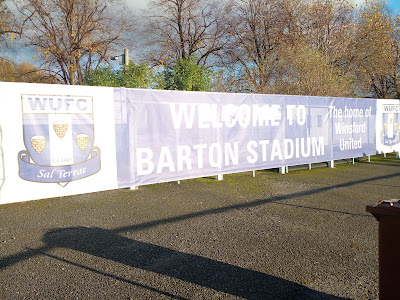 Winsford is a town and civil parish within the ceremonial county of Cheshire. It lies on the River Weaver, south of Northwich and west of Middlewich and is split into three areas: Over on the western side of the river, Wharton to the eastern side, plus Swanlow and Dene.

The town grew around the salt mining industry after the river was canalised in the 18th century, allowing freight to be conveyed northwards to the Port of Runcorn on the River Mersey. Winsford has the UK 's largest rock salt mine, as halite was laid down in this part of the north-west during the Triassic geological period, some 220 million years ago. Seawater moved inland from an open sea, creating a chain of shallow salt lakes across what is now the Cheshire Basin. As the lakes evaporated, deep deposits of rock salt were formed. 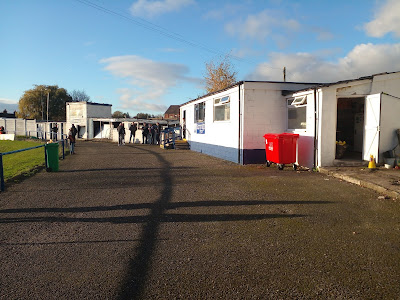 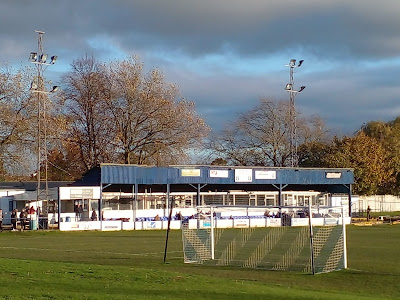 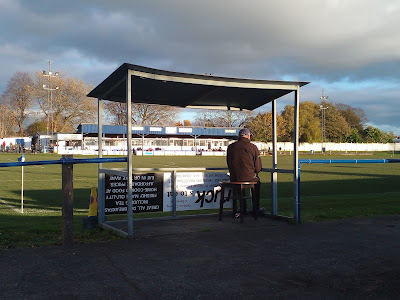 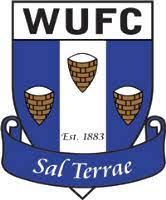 Winsford United were founded as Over Wanderers in 1883, beginning life in the Welsh Combination Football League. A few years later they changed their name to Winsford, then became “United” in 1913, before moving to their current ground which was then called the Bean Latham Playing Field. The original club folded, then reformed in 1919, becoming a founder member of the Cheshire County League.

The Blues suffered back to back relegations and returned to the NWCL in 2001, winning the Division 2 title in 2006-07. 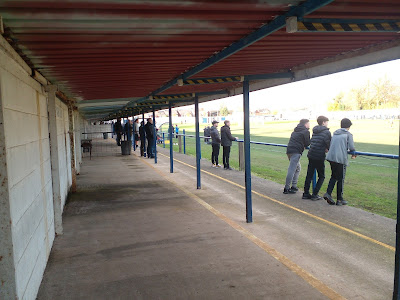 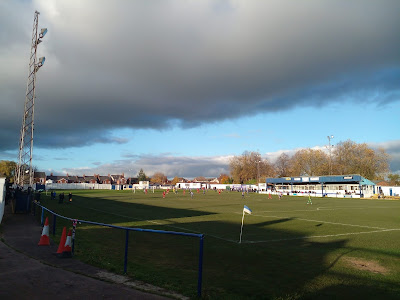 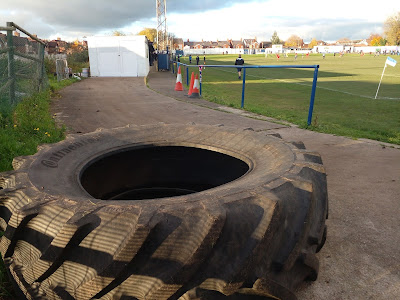 The ground takes its name from club owner Mr R.G. Barton, who invested into the development of the stadium after World War I. During 1970 the club agreed to a grass greyhound racing circuit being constructed around the pitch. The racing was an independent flapping track and held its first meeting on the 18th June that year, with a greyhound called Carousel winning the first race. Later a totalisator system was installed, along with tote booths and track lighting and the final race meeting took place in January 1998.

The ground still has the remains of the dog track with its oval shape and built up areas behind the goals, plus the track style floodlights. The main stand sits centrally with the changing rooms and clubhouse. The opposite side has a long covered enclosure with the team dugouts in front. 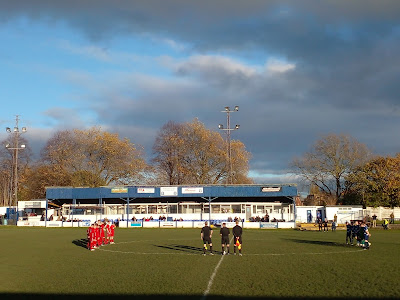 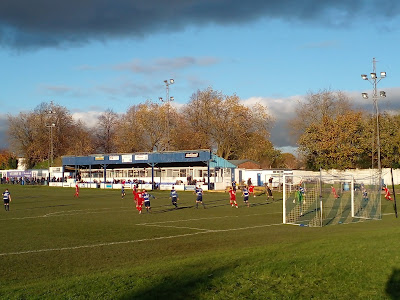 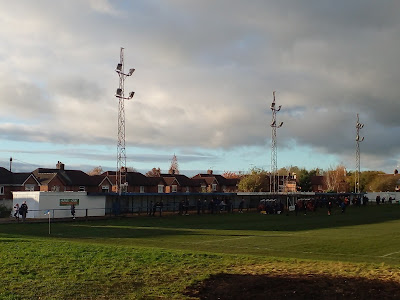 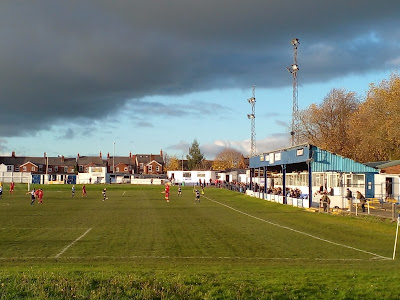 After a poor first half show from the home side, when they fell behind to a well taken goal by Joseph Collins, they vastly improved in the second half to run out easy winners.

Joe Duckworth levelled soon after the restart, capitalising on a poor clearance from the Longridge goalkeeper, before Daniel Boden slammed the ball home from outside the box.

The Blues extended their lead when Will Foster fired in from close range following another dangerous corner kick, after a spell of immense pressure. The hosts could have added to their total but Daniel Roccia made some fabulous saves to keep the score at 3-1 on full time. 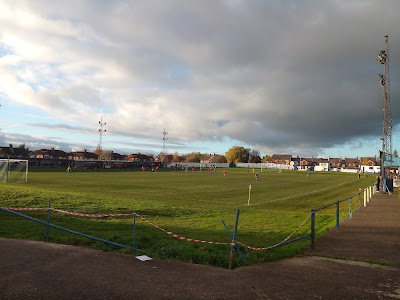 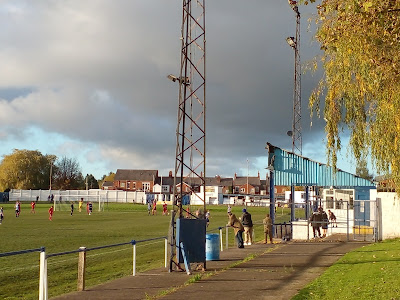 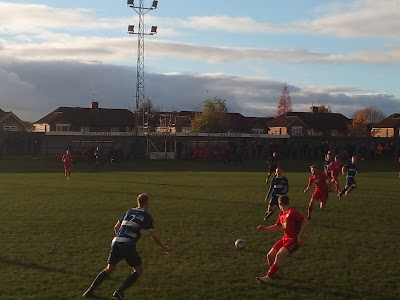 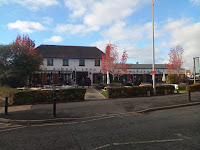 It was good to travel with Lee and Katie again following a long spell of not seeing each other (the last time was Long Eaton United) We arrived in Winsford after a 3 hour journey, then after a 'Spoons lunch (and a new tick) we had a leisurely toby around the town centre charity shops before the game. My fellow NE Groundhopping Mafia members picked up a few bargains, while I was happy to pick up a Bluetones CD for a quid as well as my music “Guilty pleasure” for ten bob (don’t ask!) Overall a lovely day out in leafy Cheshire. 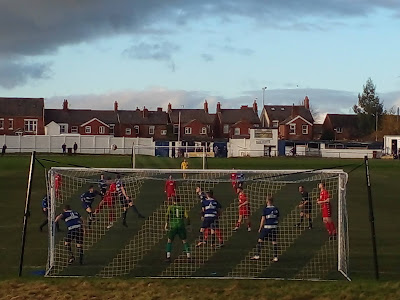 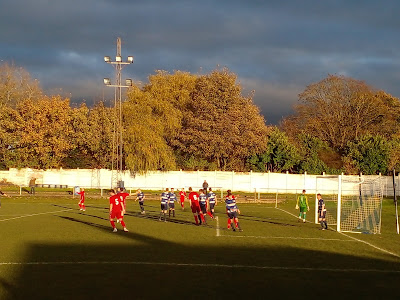 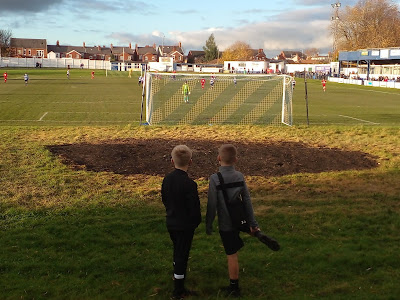