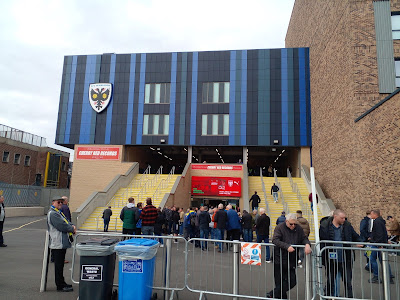 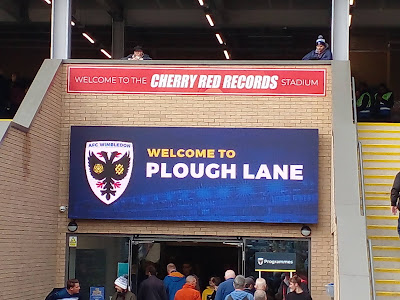 Wimbledon is a district and town, 7 miles south-west of central London. Wimbledon had its own borough while still in the county of Surrey, before it was absorbed into the London Borough of Merton as part of the creation of Greater London in 1965. (population: over 68,000) 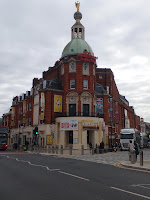 It is home to the Wimbledon Tennis Championships and New Wimbledon Theatre, and contains Wimbledon Common, one of the largest areas of common land in London and made famous by The Wombles. The area is split into two sections known as the "village" and the "town", with the High Street being the rebuilding of the original medieval village, and the "town"  developed following the opening of the railway station in 1838.

Wimbledon has been inhabited since at least the Iron Age when the hill fort on Wimbledon Common is thought to have been constructed. In the 1086 Domesday Book, Wimbledon was part of the manor of Mortlake. The ownership of the manor of Wimbledon changed between various wealthy families many times during its history, and the area attracted more wealth, which produced large houses such as Eagle House, Wimbledon Manor House and Warren House. 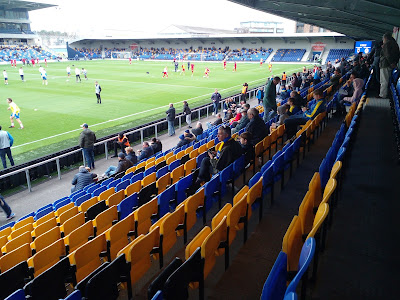 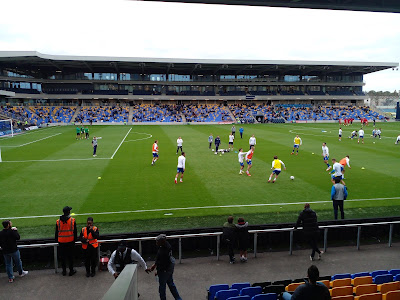 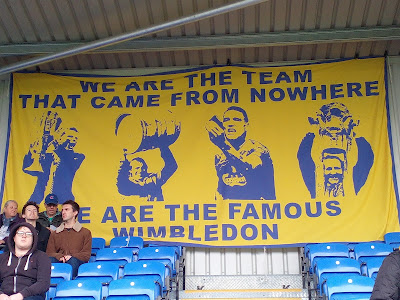 I blogged a comprehensive history of the club when I visited Kingsmeadow in 2010, which you can read > here. 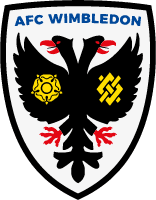 AFC Wimbledon finished as runners-up in the Conference that season and won the play-off final against Luton Town in a penalty shoot-out. The Dons were again successful in the play-offs, this time with a 2-0 victory over Plymouth Argyle in the 2016 League Two final, after a 7th place finish. The club have struggled in League One but have managed to avoid relegation, and are now looking to build on the feel good factor of returning to their spiritual home. 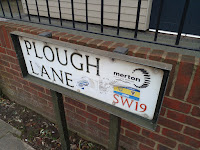 The primary objective of the newly formed AFC Wimbledon in 2002 was to return to Merton, with a new stadium close to their original home of 80 years. This plan formed the basis to create a new purpose-built stadium on the Wimbledon Greyhound Stadium site, located approximately 200 yards from the original Plough Lane. In 2013 the club announced that discussions were underway with Merton Council over a joint bid for the greyhound stadium and the surrounding land, in cooperation with developer Galliard Homes. The plans included a new football stadium, 600 residential homes and a range of community facilities.

The plans were approved unanimously by Merton Council in December 2015, with work commencing the following March. The opening of the stadium was delayed from the initial plan of summer 2019, until the 3rd November 2020, with a 2-2 draw against Doncaster Rovers, with Joe Pigott having the honour of scoring the first stadium goal for The Dons. 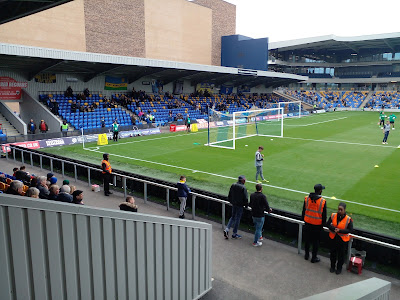 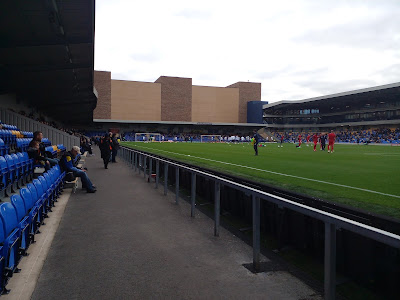 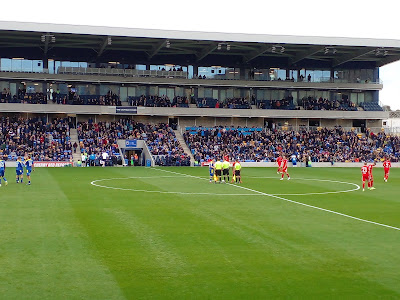 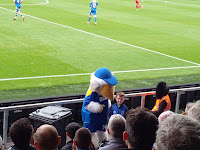 The stadium has three single tier stands all the same size, apart from the 4,267 capacity Cappagh Stand on the west side, which has two added tiers with executive boxes.  The seats have a mix of blue and yellow, with the 2,391 capacity East Stand having the club nickname written prominently with 3-D effect, The South London Manor Stand is a safe standing terrace which holds 1,092 and backs onto the aforementioned residential flats. The North Stand at the opposite goal is set aside for the away supporters and holds 1,465. 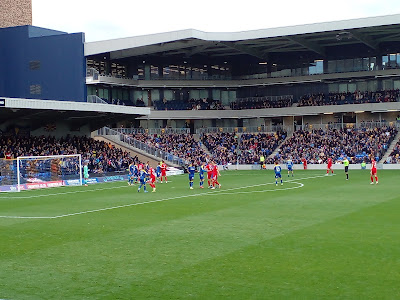 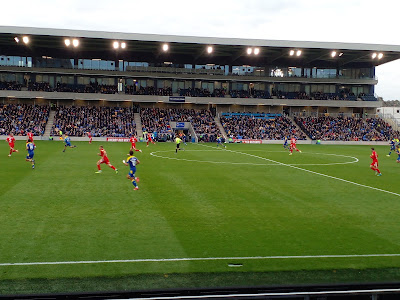 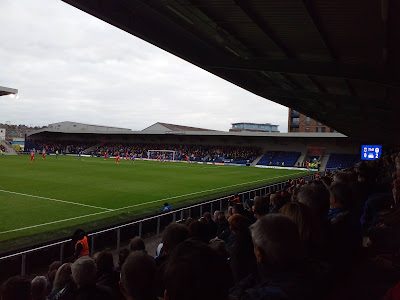 Wigan clinched victory with a two goal burst early in the second half. They went ahead when a cross shot from Callum Lang deflected in off Paul Kalambayi, then just after having an effort cleared off the line, McClean curled a clean strike low to the ‘keeper’s right from the edge of the box, to set up a fifth straight away win for the Latics. 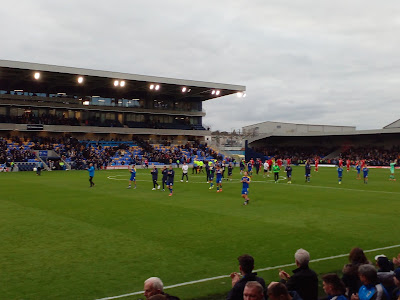 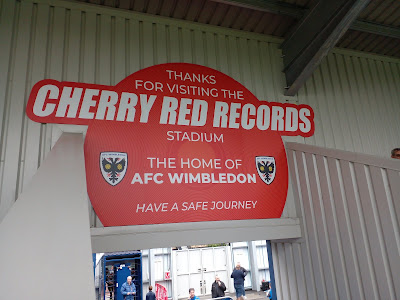 My day started with a journey down to New Malden for the Wimbledon Academy fixture at King's College. I tubed it down to Vauxhall and caught my overground connection to Berrylands, plus the 10 minute walk saw me arrive at the ground in good time, however the match kicked off half an hour earlier, so I watched the early stages through the perimeter fence as I walked around to the entrance. 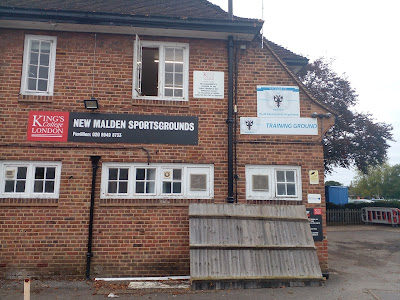 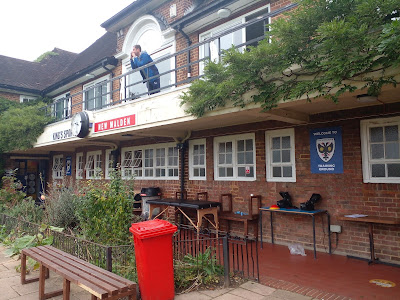 Table toppers Wimbledon maintained their 100% record in an entertaining encounter with Luton Town. After the hosts took an early lead, Luton responded well and equalised from the penalty spot in the 37th minute. On the stroke of half time the young Dons regained the lead when a cross from the byline was met at the far post by #67. Following a missed penalty the hosts went 3-1 up when a curling shot from #58 found the roof of the net. The young Hatters reduced the arrears when #17 fired home in the 64th minute, but Wimbledon were never in danger of dropping points.  (awaiting confirmation of goalscorers) 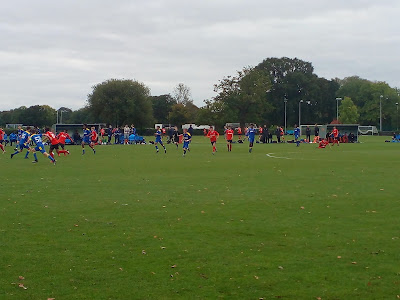 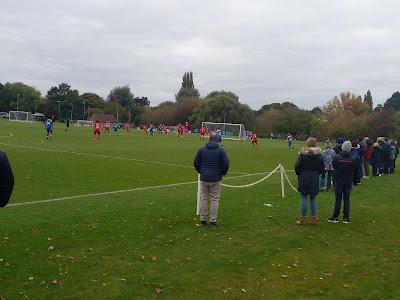 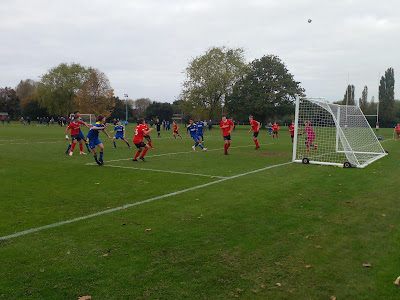 The ground has the cricket pavilion building at the entrance, which looks onto two parallel football pitches. The U-18 ground is the furthest away from the building, with a pair of team dugouts. The U-16 side accessed the other pitch and were also in action this morning against Luton Town. 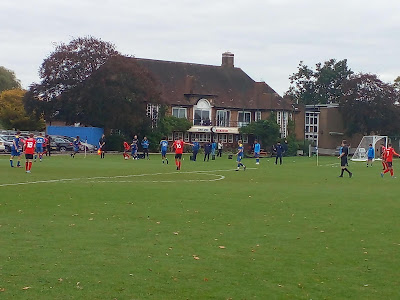 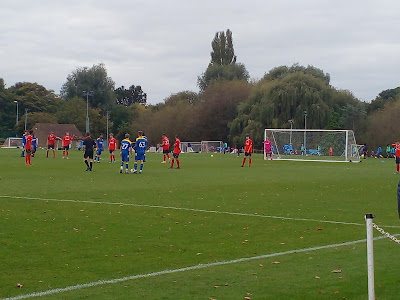 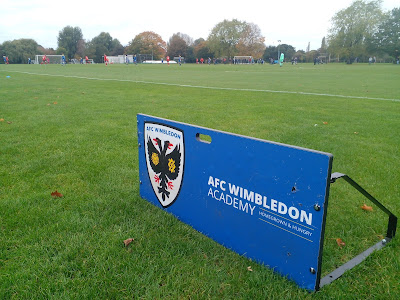 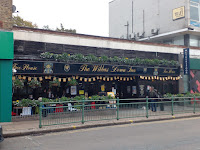 Following the Academy game I caught the train to Wimbledon and spent a relaxing hour in The Wibbas Down Inn. I had plenty of time for some bait and also ticked off 5 of the beers in the JDW Real Ale Festival. Last Sunday I tried in vain to buy a ticket for the Wigan game, then after a day of panic I struck luck when contacting Terry the Badge, who fortunately had a spare season ticket this week, as his mate's daughter wasn't going. I met up with Terry at 2.30 to collect the ticket and purchased some of his impressive stock of pin badges before entering the stadium.

After the game I walked along to Tooting Broadway for the Northern Line tube back to King's Cross, but not before a quick "Spoons tick in the JJ Moon across the road. I rounded off my day in London with a few ales in the Barrel Vault , where I chatted with some of the Toon Army coming back from Crystal Palace and chewed the fat over another match without a win.