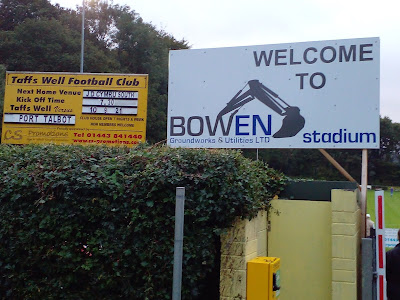 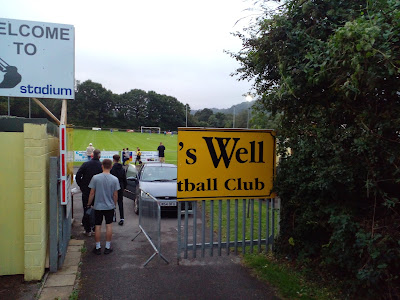 Taff's Well is a semi-rural village at the south easterly tip of Rhondda Cynon Taf, 6 miles north of Cardiff. The 'Gates to the Valleys' takes its name from its location alongside the River Taff and the presence of the warm spring within Taff's Well Park, the only thermal spring in Wales. The tepid water is thought to rise along a fault-line from the Carboniferous Limestone, familiar to the warm springs at Bristol and Bath. The village is shadowed by the impressive Garth Mountain, which was the inspiration for the fictional "Ffynnon Garw", featured in the book and film The Englishman Who Went Up a Hill But Came Down a Mountain. 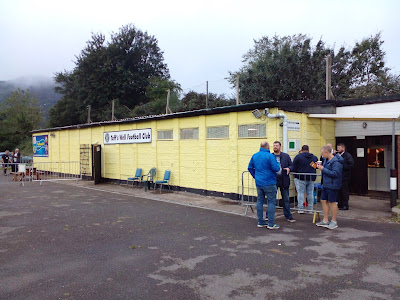 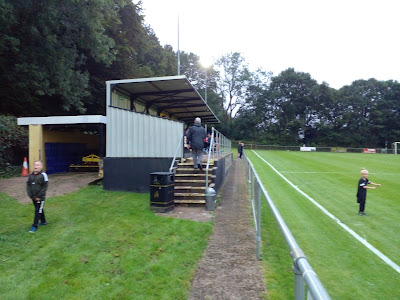 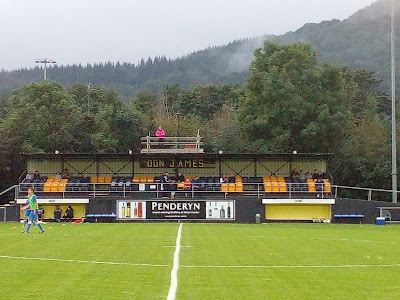 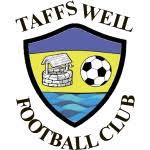 Taff’s Well AFC was formed in 1946 at St Mary's Church Hall, Glan-y-Llyn, with two teams entered into the Cardiff and District League. The club swiftly moved onto the South Wales Amateur League, where they were a consistent force at the turn of the 1950s, lifting the league title twice and finishing runners-up four times. The Wellmen were champions three years in succession in the mid 1970s, before joining the Welsh League in 1977. They played within this set up for over 40 years and were Division One champions in 1984-85 plus Division Two winners in 1993-94, before becoming founder members of the Cymru South in 2019. 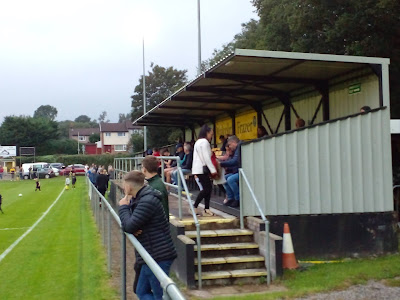 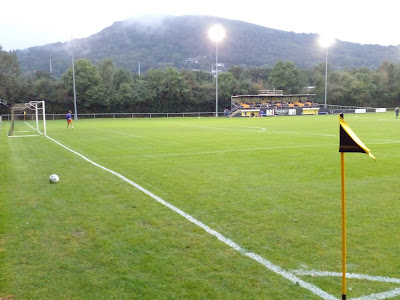 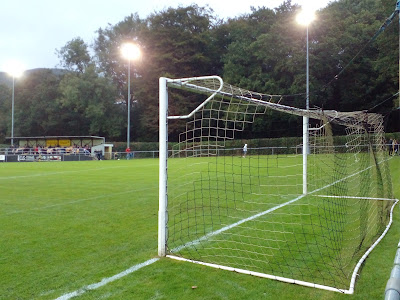 Taff’s Well originally played at the Gwaelod-y-Garth cricket club, before moving to a field provided by local farmer Dai Parry. The newly named Gentles Construction Stadium has two smart stands, one on each side which are elevated above pitch level. The lively clubhouse is next to the ground entrance and has a rich selection of club memorabilia and trophies. The ground is decked out in the yellow and black club colours, framed with large trees with the towering Garth Mountain looking in. 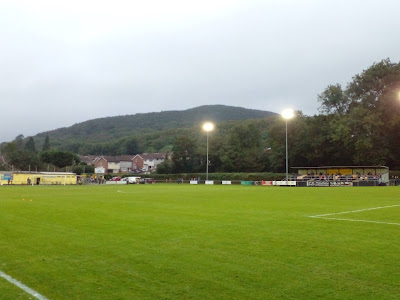 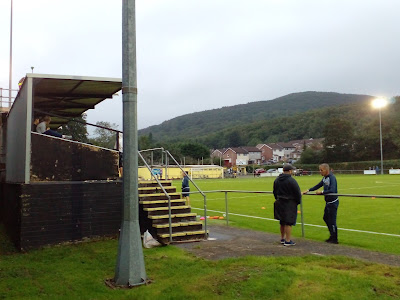 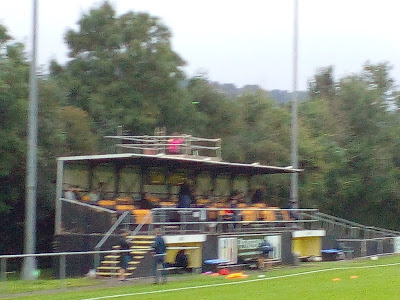 A first half hat-trick from David Lyons set the Wellmen on their way to an easy win over struggling Port Talbot Town. The nippy forward produced some lethal finishing, topped off with a lovely curling shot to make it 3-0 in the 29th minute. Taff’s played some good football, typified by their fourth goal by Jaen Maertins just before half time.

Second half goals followed, which included a penalty from Jamie Owen, a shot from the edge of the box from Jack Fox and Lyons fired in his fourth goal to make it 7-0. The visitors grabbed a late consolation, with their first goal of the season from Jake Barrow with a few minutes left. 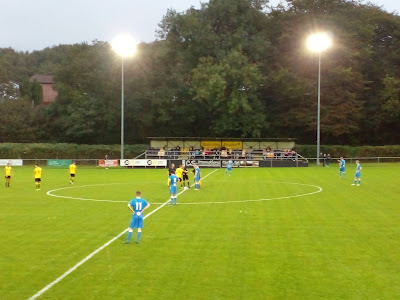 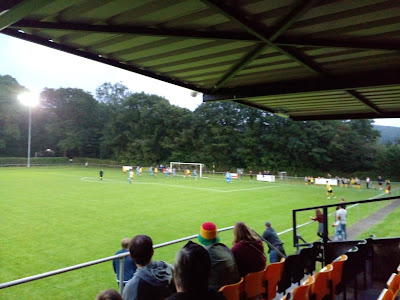 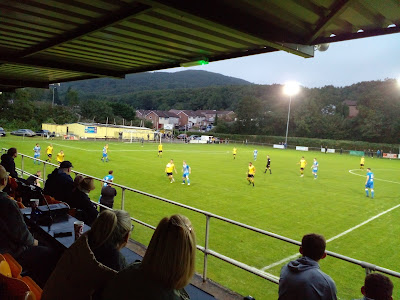 Our holiday week in the West Country and South Wales saw us arrive in Cardiff on Thursday afternoon. I had Barry Town United picked out for my Saturday football fix, but still checked out the Futbology app to see if there were any other local games. I noticed that Taff’s Well were at home on Friday night, but discarded it, as I didn’t want to leave the breadknife alone for a few hours again, like I did on Tuesday night in Bristol 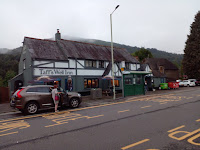 . On Thursday night I received a message from one of my oldest (old as in how long I’ve known him) Groundhopping friends Simple Pieman, who wanted to make me aware of the fixture, and told me that it was too good of an opportunity to miss. With this in mind, I set off from Cardiff Central Station, nipped into the Taff’s Well Inn for a quick bevvy (one of 69 pubs visited over this week) and arrived at Rhiw'r Ddar at 7.20pm. I was greeted at the paying gate by Richard Davies, who made me welcome and promised a lot of goals. I also asked if they had any pin badges, but they were out of stock and awaiting delivery, however Richard was good enough to seek me out at half time to get me details. He’s already been in contact and the said badge and a programme will be in the post soon.

I thoroughly enjoyed my visit to Rhiw'r Ddar and thanks to the Pieman for pointing me in their direction, as it was definitely too good to miss.