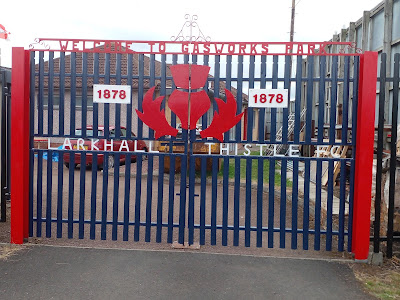 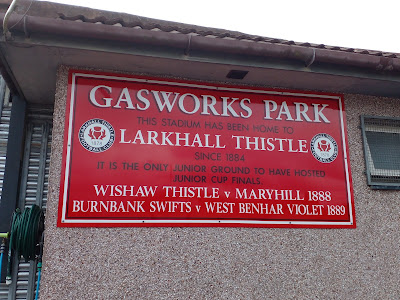 Larkhall is a town in South Lanarkshire, around 14 miles south-east of Glasgow. The town sits on high ground between the River Clyde and the Avon Water, which is crossed by the Morgan Glen viaduct, one of the town's most distinguished landmarks. It spans 285 yards and is 175 feet high, making it the tallest viaduct in Scotland. Larkhall was traditionally an ironworks, mining, weaving and textile area, but as these long established industries are now a thing of the past, it's now a commuter town for Glasgow (population: under 15,000) 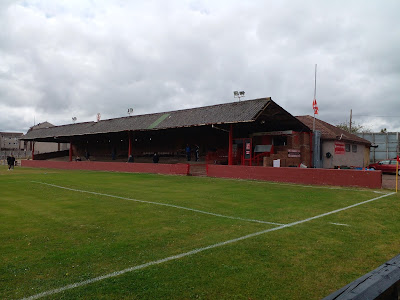 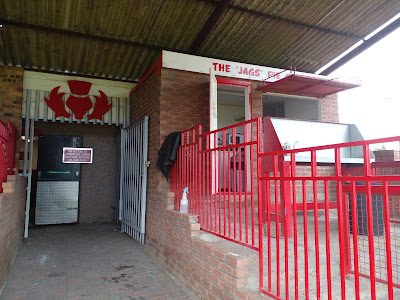 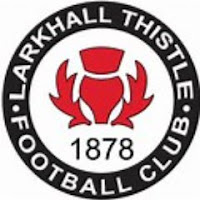 Larkhall Thistle Football Club formed in 1878, making The Jags Scotland's oldest continuous Junior Football Club and the only remaining club of the 21 who formed the oldest Junior association - The Lanarkshire JFA in 1891. The Jags have appeared in three Scottish Junior Cup finals, lifting the trophy in 1908 (v Queens Park Hampden XI) 1914 (v Ashfield) and finishing runners-up in 1903(losing to Parkhead)

The club joined the West of Scotland League Conference C in 2020. 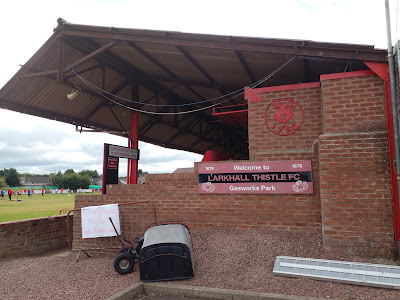 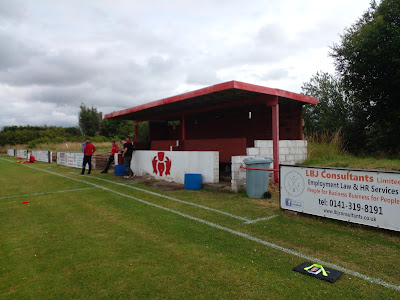 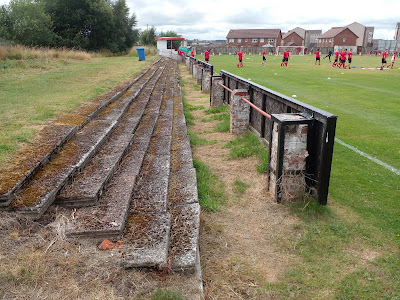 The Jags have played at Gasworks Park since 1884 and it was the venue for two Scottish Junior Cup finals in 1888 and 1889, the only Junior club to have the honour of hosting the final.

The ground has a classic looking large covered terrace which runs just over one half of the pitch, with a brick enclosure on the opposite side which is used as the team dugouts. There are sections of terrace sleepers on both sides, with some nice touches throughout, like the entrance gates, the crest on the stand roof, the team tunnel and informative display signs. 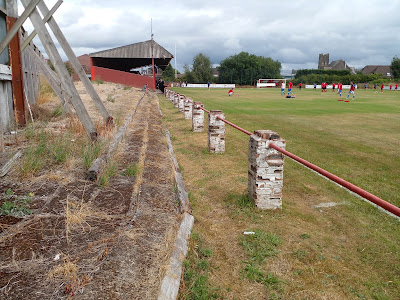 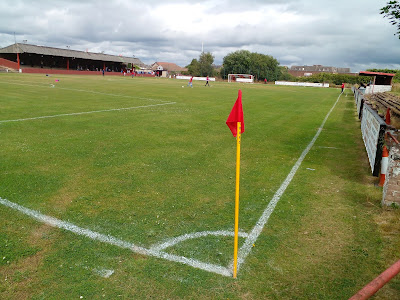 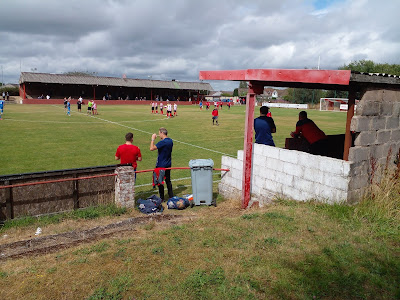 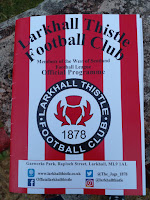 Raffle £1(as always I dunno if I won) 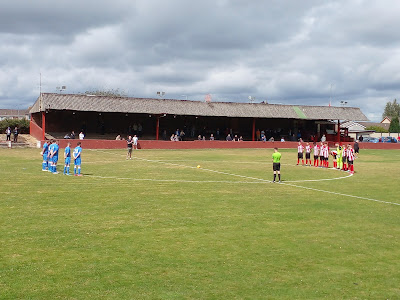 The Jags came back from two goals behind to clinch a well earned victory courtesy of a brace from Bartek Maćkiewic. Kilsyth went ahead just before half time with a neat effort from Andrew McNulty , then doubled their lead when they were awarded a penalty in the 52nd minute, scored by Gary Stewart. With a quarter of an hour remaining, a bullet header from Connor Phairs gave them hope, and they looked to have grabbed a point when Bartek scored a spot kick. The match was in stoppage time when the Polish forward broke into the box and curled the ball with the outside of his foot, to find the far corner of the net and ignite wild celebrations at the Gasworks. 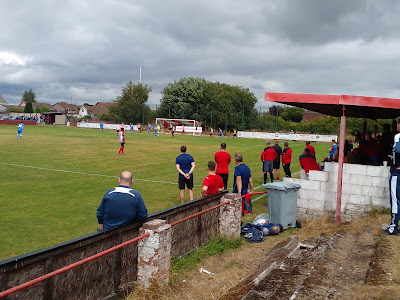 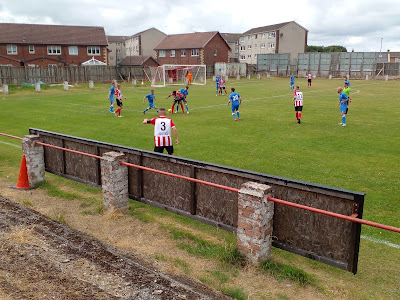 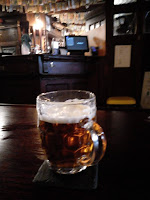 I had a hectic start to my day so I could also do a Groundhop, with a morning fixture at Glenconner Park. After the first game, the rest of the day was more relaxed. I arrived in Larkhall at half past one and enjoying a cracking game, at a ground which has been on my "T'Do list" for quite a while.

Afterwards there was plenty of time to call into The Scotia in Glasgow for a pint, as it's now listed in the 2021 Good Beer Guide. Overall a tiring but quite enjoyable day, it was good to be back in Glasgow again and hopefully not too long until my return and another crack at a matchday double. 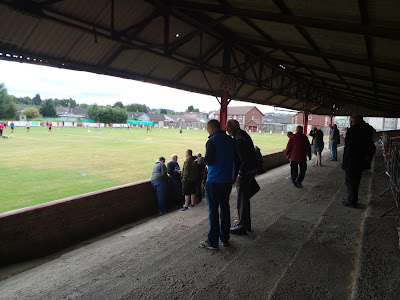 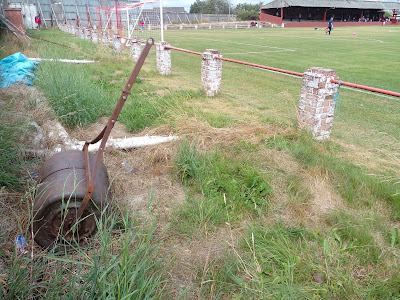 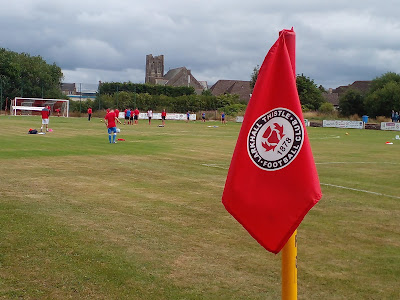