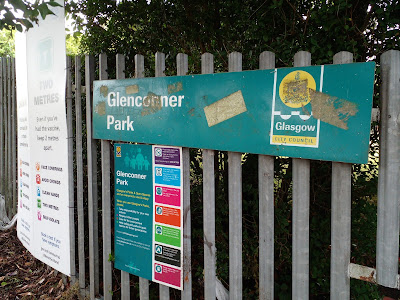 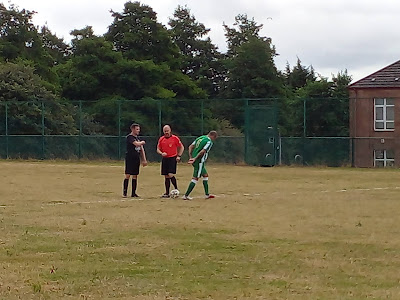 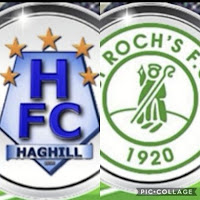 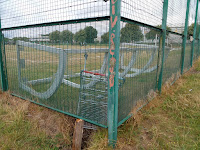 The ground is in the district of Royston, north of the River Clyde. It was previously known as Garngad and is still called this by the local residents. It is notable for its large population of immigrants, mostly of Irish Catholic descent, with an annual St Patrick's Day Festival taking place. The previous stigma of deprivation earned in its slum years, has been largely rectified with newly built houses and renovations to social housing.

The football ground within the park is a cage with a grass pitch inside. There's evidence that there were once perspex dugouts in use, but they've been vandalised and discarded in the far corners of the pitch. 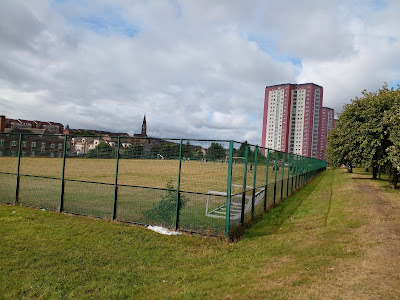 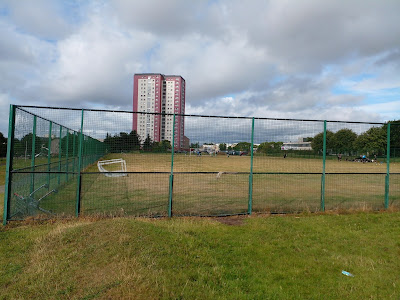 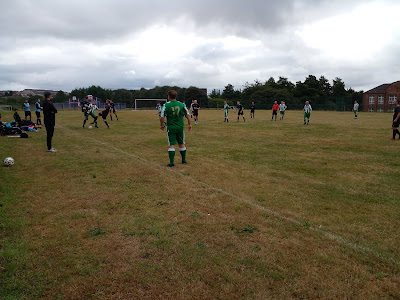 Blackthorn scored two late goals to take this cup tie into a penalty shoot out. They had taken a 19th minute lead through Alan Gourley but St Rochs quickly responded with the number seven capitalising on a defensive slip. The home team looked well on course for the next round when the number 8 gave them the lead, before a good finish from the right-back made it 3-1.

With time running out Marc Cleisham fired home from close range, then deep into stoppage time they were awarded a penalty, which was converted by Jamie Docherty.  However, that fight back proved to be in vain as the home team came out on top in the penalty shoot out, winning 4-2. 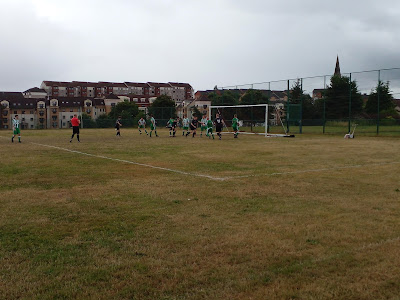 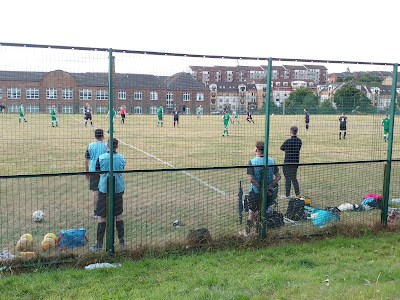 I boarded the first train out of Newcastle so I could do a Groundhopping double of a Scottish Amateur game followed by a West of Scotland League fixture. I found out while travelling north, that my scheduled morning game had changed venue from Glasgow Club Haghill to Glenconner Park. After doing my research on the Strathclyde League grounds this week, I knew that this ground was north of the city centre and about a half an hour walk. The train from Larbert to Glasgow Queen Street was due to arrive at 9.30, so no problem getting there in time for kick off. However, the train pulled into Glasgow ten minutes late, so a mad rush to get up there in time for the start. However, I had plenty of time, because when I arrived there wasn't much urgency, as the players hadn't started warming up and someone was marking out the pitch, so the match was late getting underway.

After a well contested cup tie, I strolled back into the city centre to catch the 1245 train to Larkhall for my second game of the day 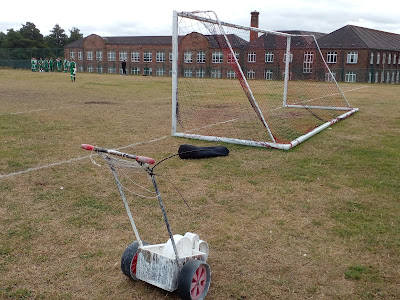