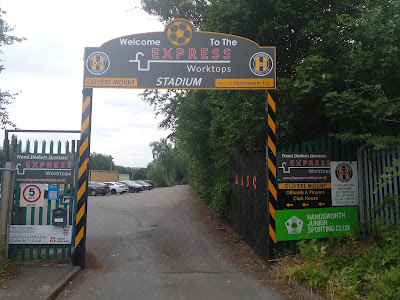 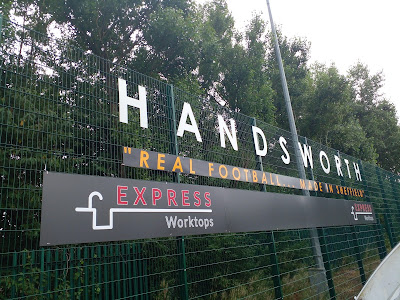 When I saw Handsworth play at Sandy Lane in 2015, The Amber Parras went close to winning the NCEL Premier Division that season, after amassing an impressive 94 points, but they were pipped to the title by Tadcaster Albion.  Since then the club have twice finished fourth and were renamed Handsworth FC in June 2019. 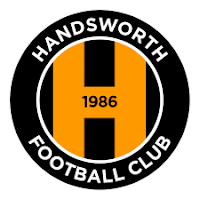 The club have also moved back to Handsworth from Worksop, returning to their original home at Olivers Mount. The ground had failed a ground grading review in 2012, which led to the merger with Worksop Parramore, but it has still been in regular use by the reserve and youth teams. Handsworth is a suburb in south-east Sheffield, which covers an area of approximately 5 square miles and a population of approximately 15,000. 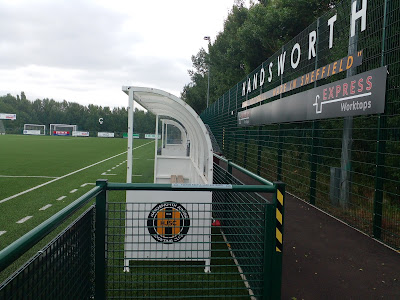 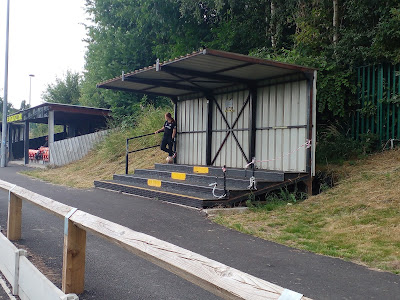 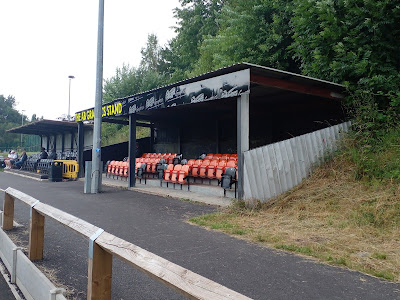 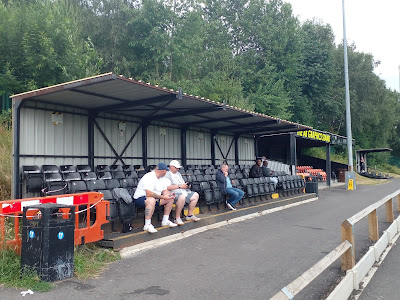 The ground has two stands joined together, with a seperate standing enclosure all along the same side. The dugouts are on the opposite side with the impressive club name and Real Football… Made In Sheffield on the fence. The changing rooms are behind the goal with the clubhouse a walk away facing the neighbouring cricket pitch. The ground has an all weather pitch, so it’s one which can be ticked off in the winter months 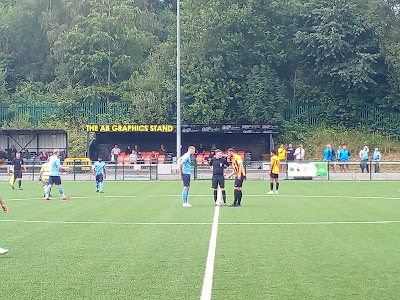 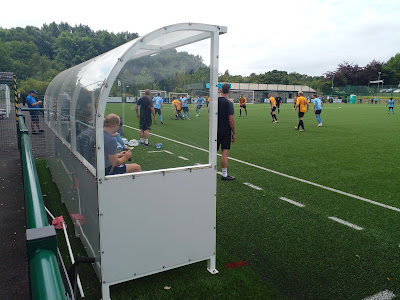 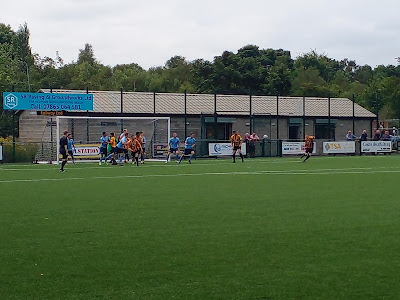 I have seen the old Ossett clubs a few times, but this was my first view of Ossett United. They went 0-2 up with Aaron Haswell firing in from 25 yards, before James Walshaw took advantage of a defensive mix up to double their lead.  Early in the second half Nash Connolly headed in the third, then a free kick from the right was headed in by the defender for an own goal, but the goal was credited to Walshaw who had the assist.

Handsworth had missed a penalty in the 56th minute, but finished the game well with a lovely near post header from Noah Flint and James Oliver scrambled in a second to make the score look more respectable. 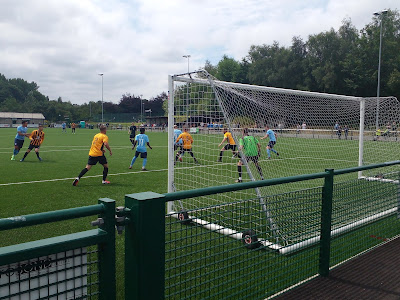 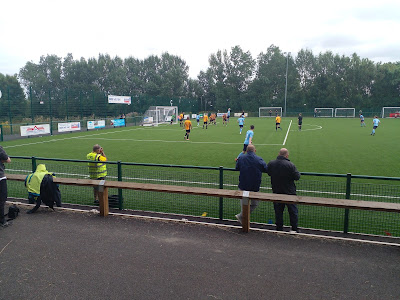 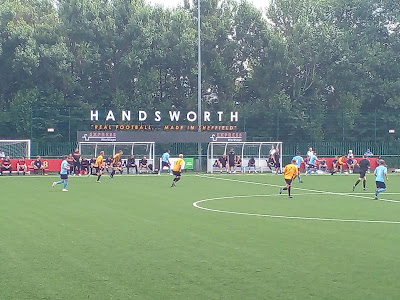 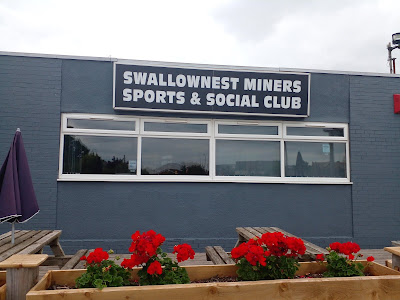 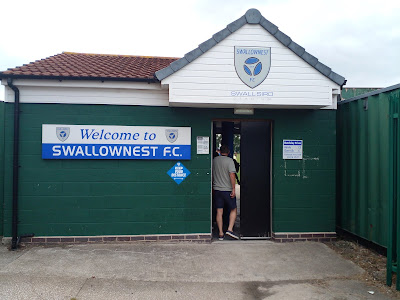 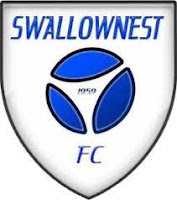 The club started life in 2006 as Aston FC  playing in the South Yorkshire Amateur League, winning Division 1, then the Premier Division title the following season. The club changed its name to Swallownest Miners Welfare in 2010 and dropped the MW part in 2015.

NCEL Division One 2017 to present 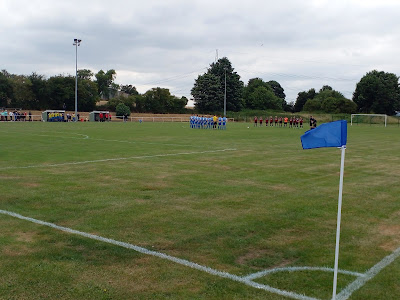 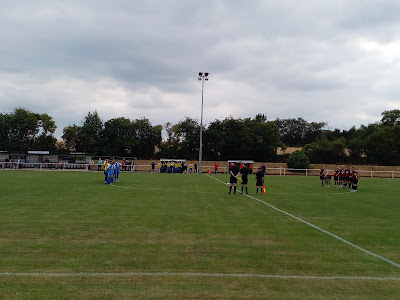 The club originally played at the Leonard Kyte ground in the neighbouring village of Aughton, before moving to the Miners Welfare in 2008. The ground has all the spectator facilities at the entrance end. There’s two enclosures on each side of the refreshment kiosk, with a stand along one side with two rows of flip seats supplied from the Don Valley Stadium. If the club are to progress there’s plenty of scope for expansion on the far side and behind the top goal. 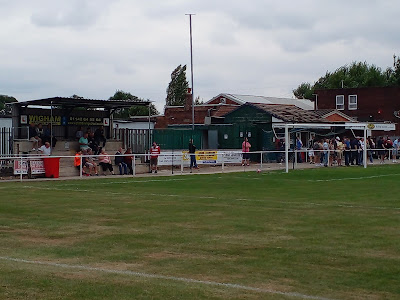 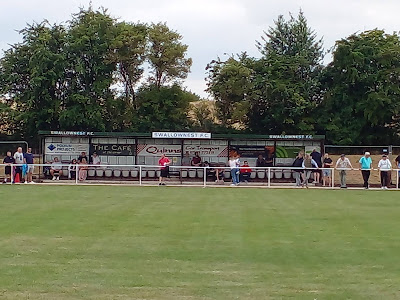 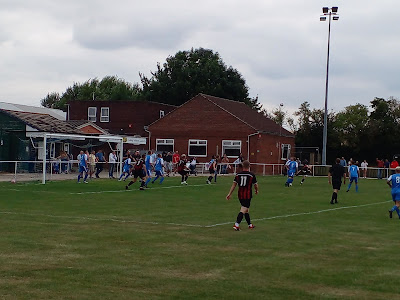 The match was played in honour and in loving memory of Chris Lill, who was an inspirational character and is sadly missed. The match receipts are shared between Sheffield Mind and Rushey Meadows Children's Home charities. There’s a loving tribute to Chris and the story of the Memorial Trophy on the Maltby Main website which can be read here 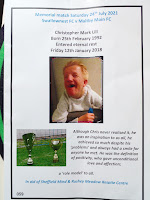 A frantic start from the visitors saw them take a two goal lead in the first 20 minutes. Joseph Austin headed in the opener, then Alex Hardwick got on the end of a right wing cross for the second. In the 68th minute Oliver Grady pulled a goal back which set Swallownest on their way to a thrilling come back. A left wing cross from James Woodhouse was deflected past his own ‘keeper by the defender, then five minutes later Callum Greaves stroked home the winner from the edge of the box. 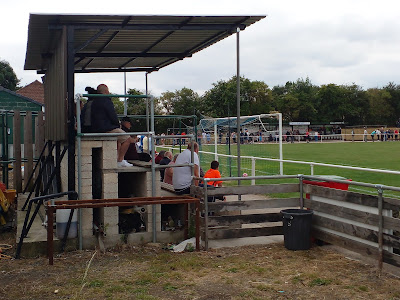 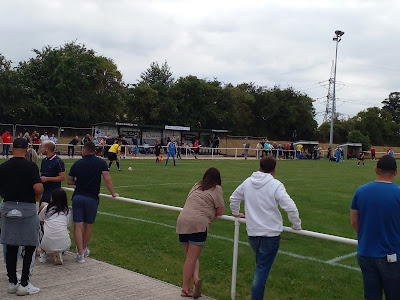 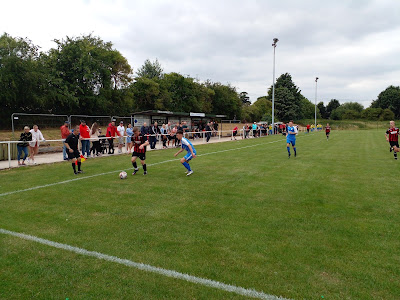 An easy double and another two off my ‘T’do’ list. The two grounds are just a 10 minute drive apart, and with both halves at Handsworth kicking off on time, there wasn’t a mad rush in between matches. As always, I saw someone who I know, but this time it was a first meeting - 100FgC Squad#59 and Blades supporter Brett Price was also at both games. (Thanks for the pin badge!)

The quiet traffic meant I was back, washed, fed and out of the house for 7.30, for my birthday eve night out with the breadknife after an afternoon of classic Groundhopping.