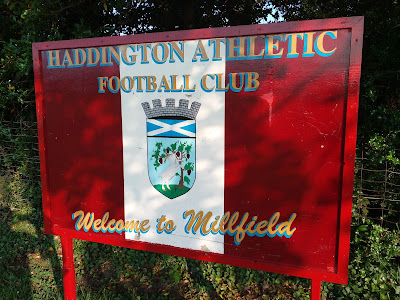 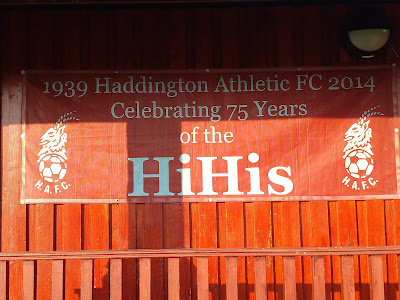 The Royal Burgh of Haddington is a town in East Lothian, 17 miles east of Edinburgh. The name Haddington is Anglo-Saxon, dating from the sixth or seventh century, when the area was incorporated into the kingdom of Bernicia(I wish this geographical area still existed) 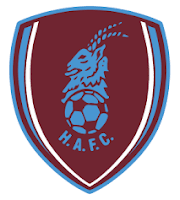 Nowadays, Haddington is a small commuter town for Edinburgh, with a population of under 10,000, but during the High Middle Ages it was the fourth-biggest city in Scotland after Aberdeen, Roxburgh and Edinburgh.

Haddington Athletic were founded in 1939 and currently play in the East of Scotland League First Division Conference A, having stepped up from the Junior Leagues in 2018. The Hi-His achieved their best finish in the East Region Premier League, when finishing 3rd in their final season at Junior level. 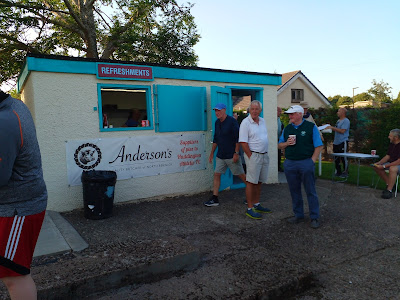 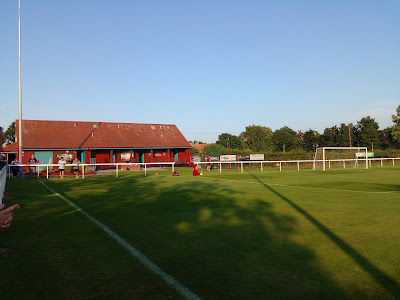 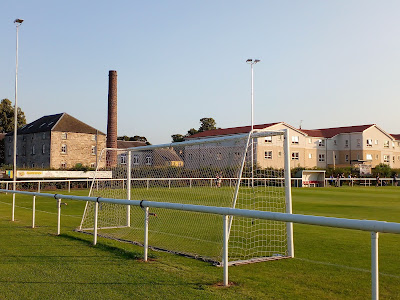 The ground has a covered standing enclosure with a few concrete steps next to the refreshment hut. The dugouts are on the far side with the changing rooms behind the goal in the nearside corner, next to the paying entrance. The club gained SFA membership in 2020 after upgrades were made to the ground, which included the addition of floodlights. The ground looked immaculate so it's obviously well maintained with a lot of tender loving care. 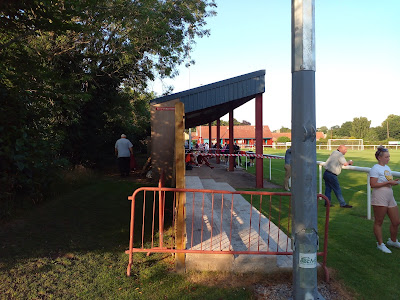 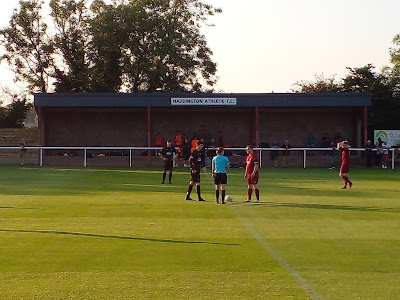 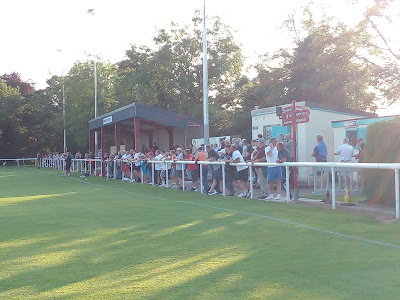 Once Guy McGarry put the Hi-His two goals ahead just after the half hour mark, the match result was never in doubt. The left-back made an overlapping run to double their advantage, following a Shaun Hill penalty in the 26th minute.  Haddington played some good football in the second half and extended their lead when Ryan Hutchinson finished off a swift move, then Euan Watson got on the end of a lovely through ball to fire home number four. Gary Shearer pulled one back for Arniston to make it 4-1 at full time (a popular scoreline for my matches so far this season) 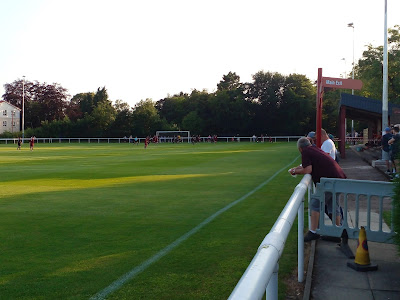 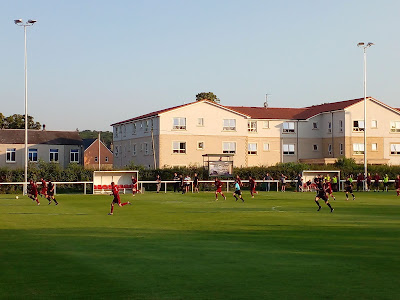 Following our two days in Aberdeen, (Cove Rangers ticked) the breadknife and I arrived in Edinburgh early Wednesday afternoon. On arrival we obviously went for a few bevvies, which included some previously uncharted hostelries, namely the Jeremiah Taproom (at £6.10 a pint, I won’t return) and the Hanging Bat. We arranged to meet James Little in the Summerhall Royal Dick Bar at 5pm, for a couple of drinks before he drove us down to Haddington for the game.

Our car journey back to Edinburgh saw a detour through Musselburgh because of roadworks on the A1. When I eventually met back up with the breadknife at the Hanging Bat, I took her to a couple of the JDW’s in the centre of Edinburgh, as they seemed to be the only pubs open after 10 o’clock.

Overall a very enjoyable few days in Scotland with plenty of great pubs and beer, good company, entertaining football and of course, a couple of more entries to add to my football ground ledger. 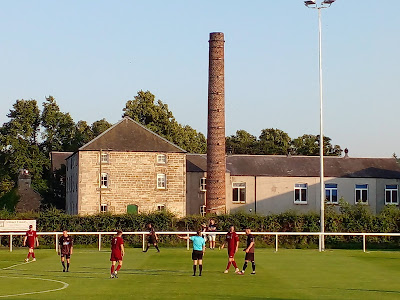 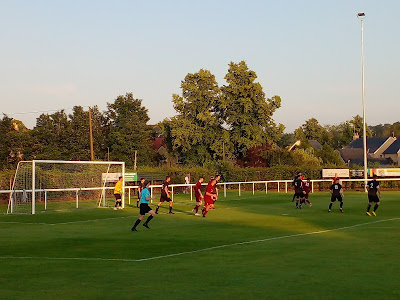 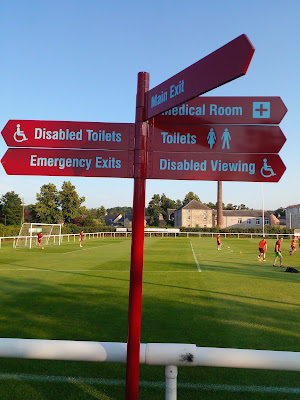