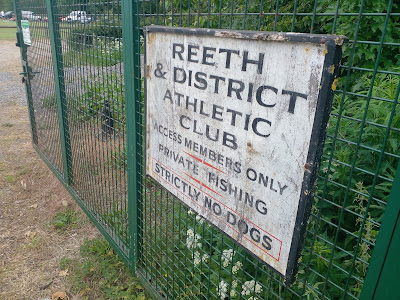 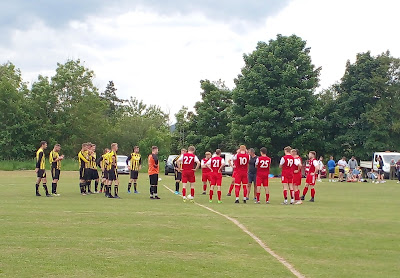 Reeth is a village 11 miles west of Richmond in North Yorkshire, located on the B6270 road that crosses the whole of Swaledale, linking Richmondshire with Kirkby Stephen in Cumbria.

Wensleydale Creamery League side Reeth & District Athletic Club play in the south end of the village. The ground is hidden down a winding dirt track which leads to a caravan & camping site, with the ground at the dead end. The field has a changing room cabin next to the car park entrance, with the River Swale snaking around its surroundings. 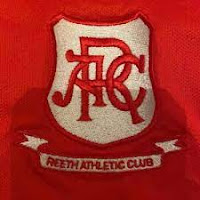 Picked up Lee & Katie on the way. A few Groundhoppers present including Ben & Flora who had travelled up from Preston, plus a kid from Bristol with whom Lee had a long, long, long chat with. 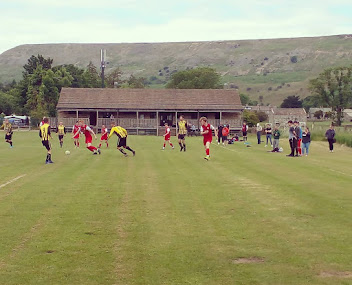 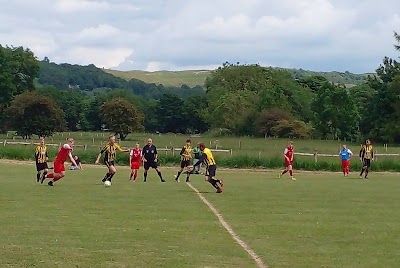 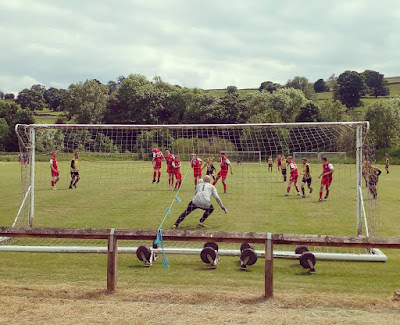 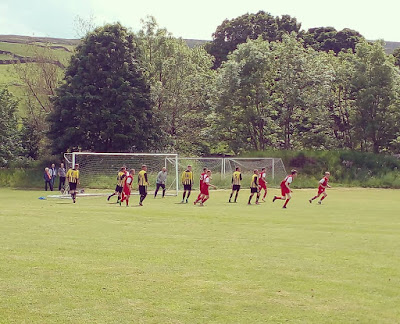 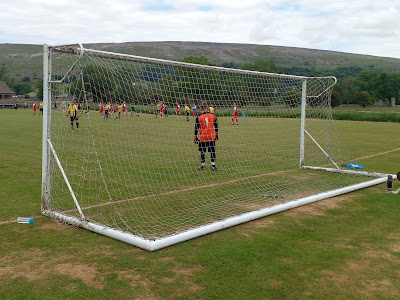 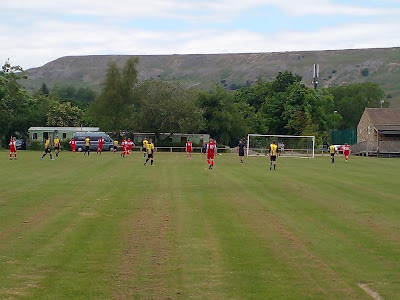 Reeth picked up a much needed and long overdue home win in an entertaining match, which was in danger of not even starting. The players, coaching staff and the gathering crowd were all geared for the 2 o’ clock start,  however someone was missing… the referee. After trying in vain to contact him, both clubs agreed to hold on for fifteen minutes and if he didn't show up, then one of the Spenni coaching staff would take the whistle.

The hosts took the lead when Ross Barnet lobbed the keeper in the fifth minute, before a Lee Thompson free kick from the edge of the box, took a deflection to draw the visitors level. In between the two opening goals the referee finally appeared, a bit shaking following a road collision which he was lucky not to have been directly involved in.

The match livened up in the final fifteen minutes with a  brace from James Connolly proving the difference. He latched onto a long ball to fire his team ahead, then following a Kalem Stanger headed equaliser, he got on the end of a right wing cross to poke home the winner. A bout of fisticuffs and a red card late on rounded off a nice afternoon in another beautiful Richmondshire setting. 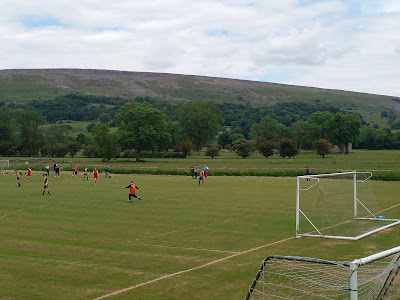 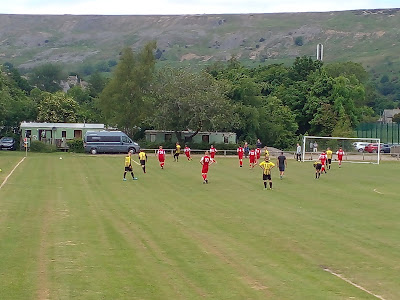 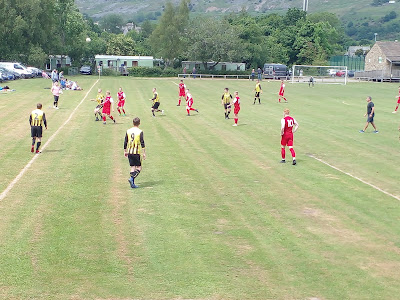 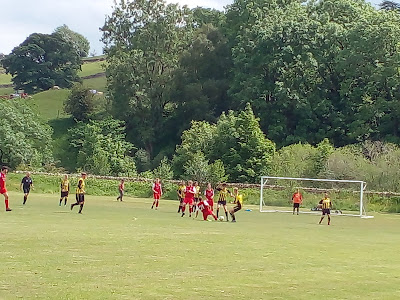 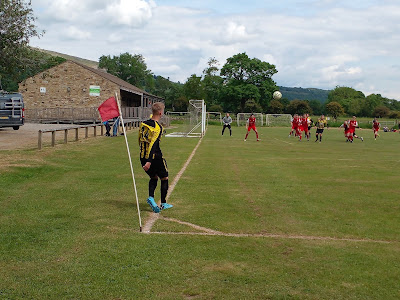 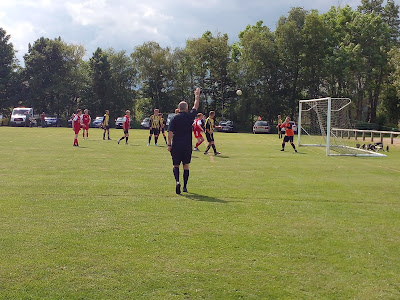