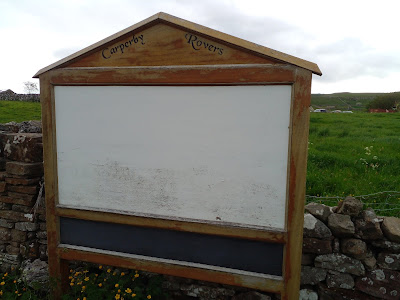 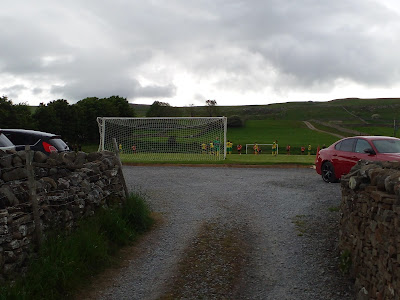 Carperby is a village in the Richmondshire district of North Yorkshire, 7 miles west of Leyburn. The village launched a campaign to provide a sports pavilion for Carperby Rovers in 2004. After years of events and fundraising, the campaign was still short of its target, until the Mars confectionery company donated the final £125,000 required to construct the pavilion. The building work was filmed in a time-lapse and used by Mars as a TV advert, which also had Peter Crouch playing and unveiling the plaque. (which can be viewed here) The club play in the Wensleydale Creamery League and have been league champions once, back in 2003-04 season. 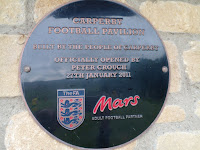 The front of the pavilion has a few benches and a picnic table at the front. There is a pair of brick dugout and the ground is set off by its picturesque views.

Met up with Paul Brockett and no surprise to see Alan KR there. 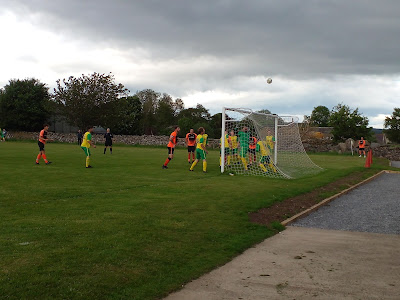 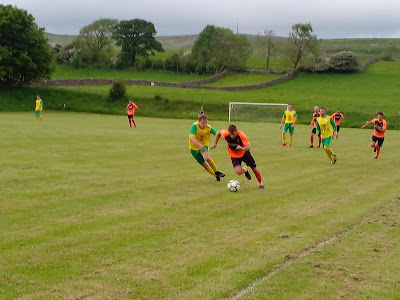 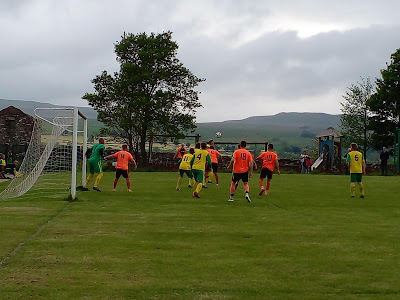 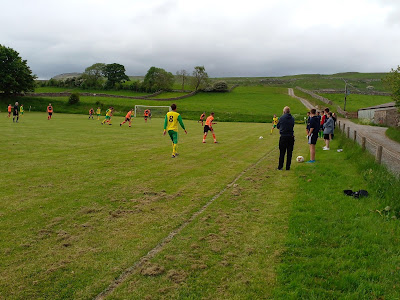 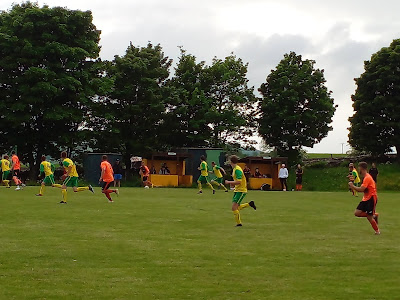 The Maverick came back from a three goal deficit to snatch a point at the death. Scott Lambert scored twice for the home team, sandwiched by a fabulous long range shot by James Spence. The visitors pulled a goal back through Mark Sims in the 44th minute immediately after going three goals behind, to give them hope.

In the 73rd minute, a free kick was met with a looping header by Wayne Gredziak, to set up an interesting final fifteen minutes. Both teams had plenty of good chances, then following a bout of flying fists, the Mavs 'keeper launched a long free kick which found Gredziak again, who stabbed home the equaliser. He celebrated by giving his opponents some stick, which earned him a red card and rounded off an eventful evening in this quaint wee village. 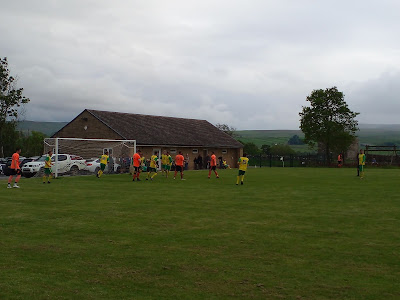 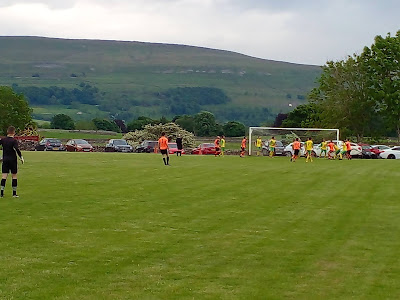 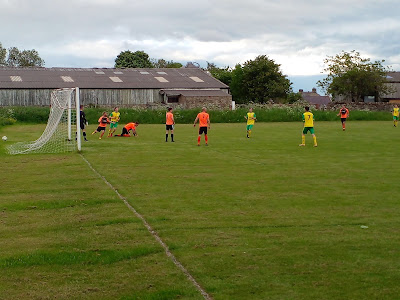 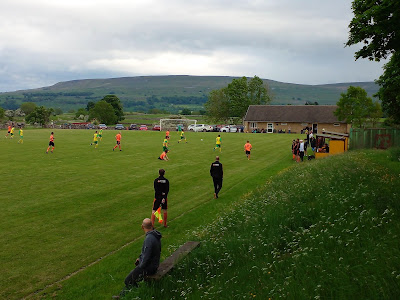 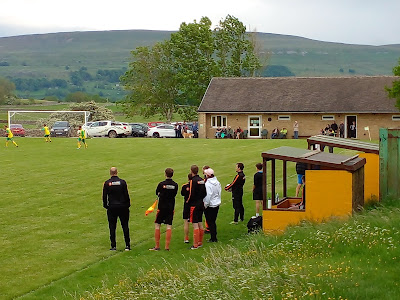 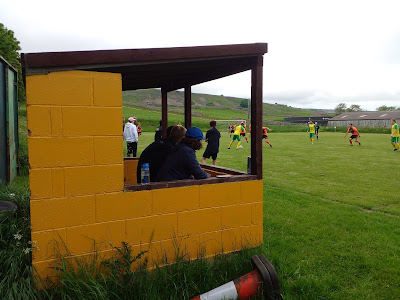 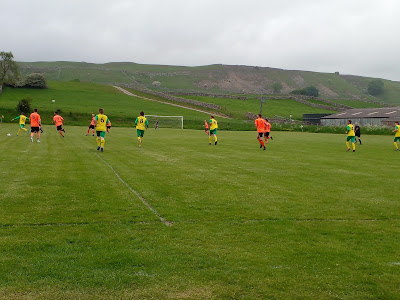 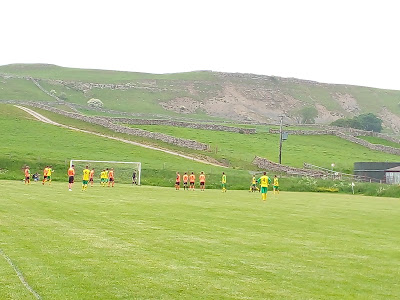