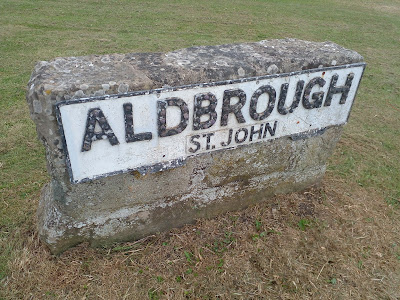 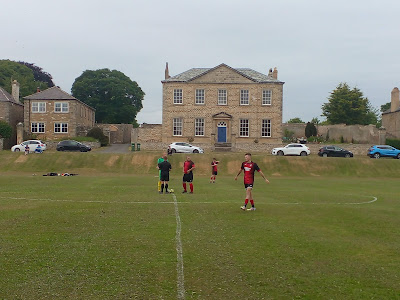 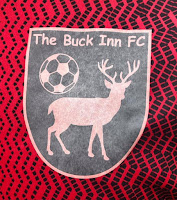 Richmond Buck Inn plays in the Richmondshire village of Aldbrough St John in North Yorkshire. The St John suffix was added to the name in the 1930s by the Post Office to avoid confusion with the Aldborough near Boroughbridge. The name in Norse language means "Old Burh" or fortified stronghold.(population 400) 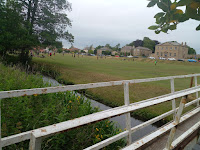 The football pitch sits alongside the cricket ground in the middle of the village, with the Aldbrough Creek running alongside.

Picked up Lee & Katie on the way for our first of three Wensleydale League fixtures this week. 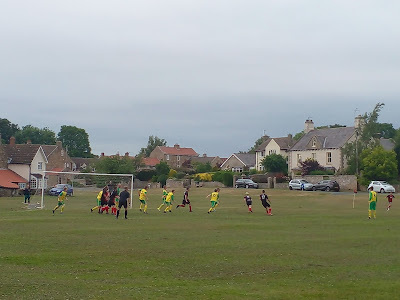 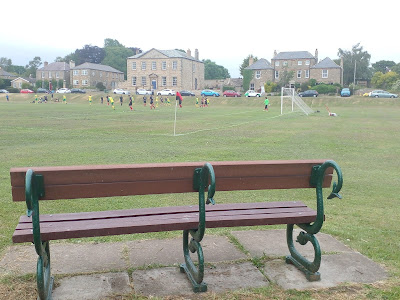 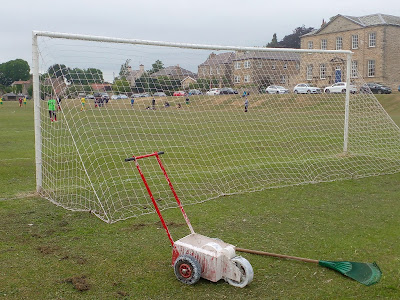 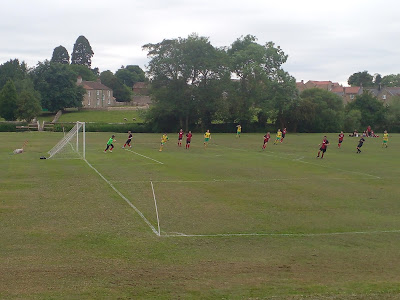 Carperby missed loads of chances before finally taking the lead on the hour through Sam Lambert. The big number nine reminds me of the lead singer from 90s indie band Neds Atomic Dustbin, and he'll be "Happy" with his ten minute hat trick. The pick of the three was his third, a lovely controlled volley from a right wing cross. A fine away performance was capped off by James Spence, who was on hand to make it 4-0, to finish their season with a good win. 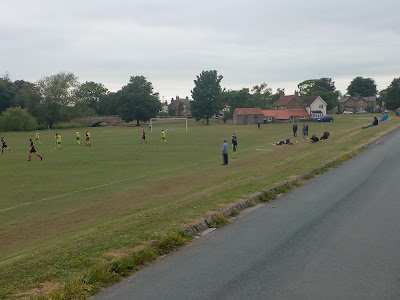 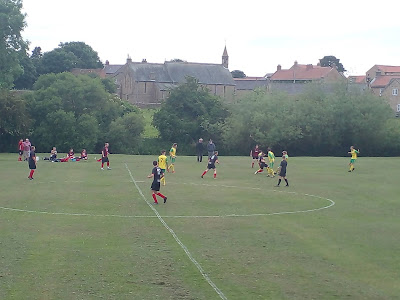 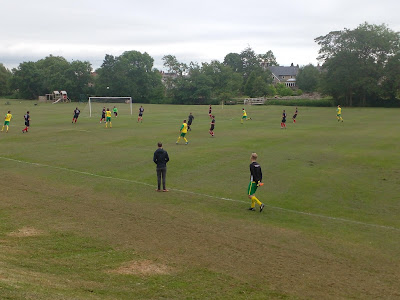 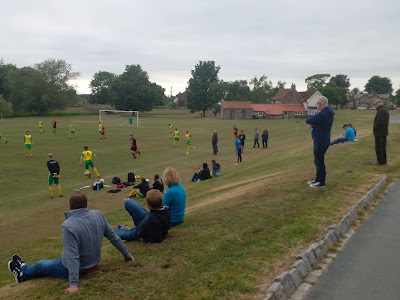