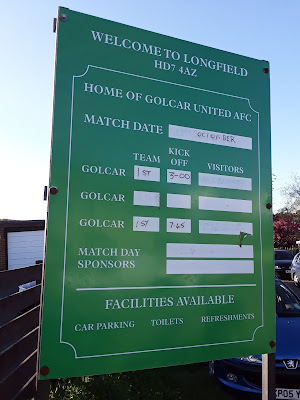 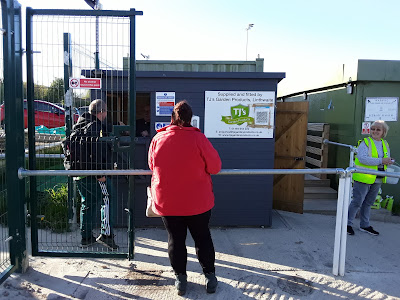 Golcar (with a silent L) is a village above the Colne Valley in West Yorkshire, just over 2 miles

west of Huddersfield. The village sits north of the River Colne and the Huddersfield Narrow

Canal, named after St Guthlac, who preached in the area during the 8th century. The village is

recorded in the Domesday Book as Goullakarres, and throughout the Industrial Revolution

became a major centre for weaving. (population: about 6,900) 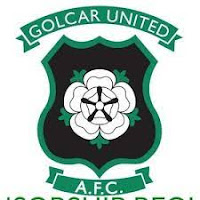 Golcar United was founded in 1904, initially played in the Huddersfield & District League. They joined the West Riding County Amateur League in 1934, finishing runners-up in their

debut season, but resigned after finishing bottom of the table in 1937–38. 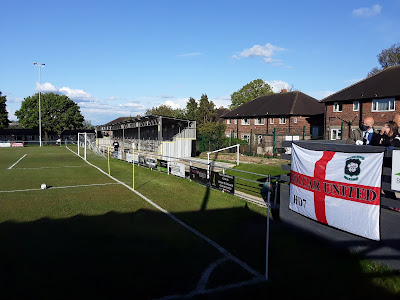 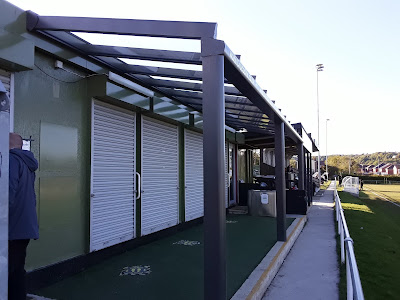 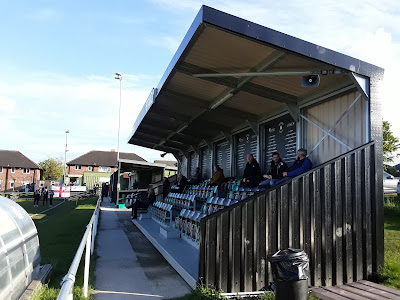 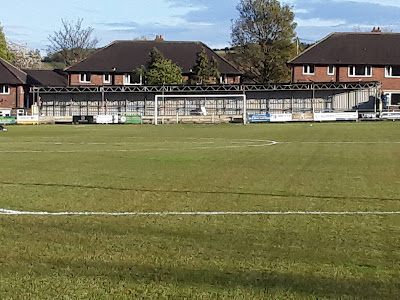 The club moved to Longfield Avenue in 1955, where the pitch had a prominent side-to-side

slope. The 100-seat stand was erected in March 2020 and sits on banking, beside the entrance

hut and clubhouse, which has an overhanging roof. There's a fully covered terrace behind one

The Yorkshire Trophy has been split into 2 groups of 3. Each club will play each other once in

the group stages, before the Semi-Final and Final. Golcar United are in Group 2 along with

tonight’s opponents Liversedge, and Nostell Miners Welfare making up the round robin.

The clubs competing in Group 1 are Brighouse Town, Penistone Church and Wakefield AFC. 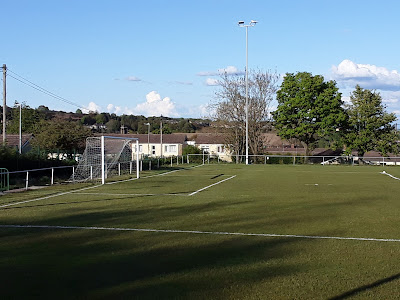 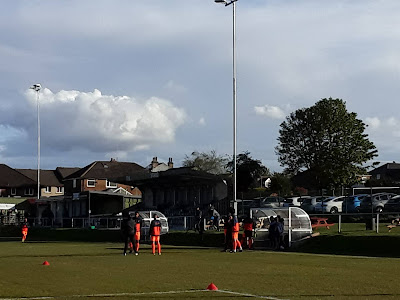 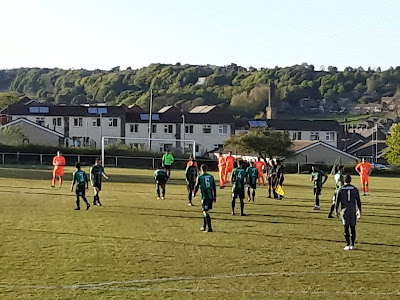 Golcar came back from two goals down to earn a point. Liversedge controlled the first half and

finally took the lead on the half hour through Alfie Raw, quickly followed by a firm header from John Cyrus. A succession of corners late in the half saw Buddy Cox twice benefit, with a

towering header followed by being on hand to profit from a mistake from the Sedgie 'keeper. 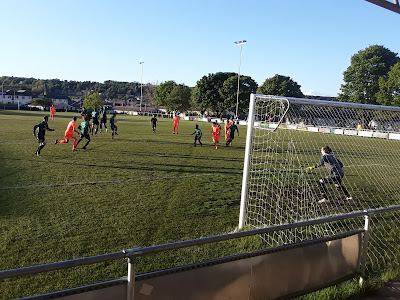 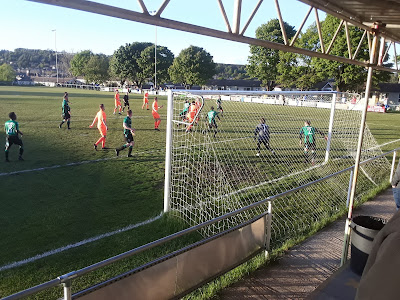 I picked up Lee & Katie in Houghton-le-Spring at 1645, before stopping off at Simon Lee's

house in Barton, North Yorkshire, who drove us the rest of the way.

It was great to be in a proper football ground again with stands and facilities. There were a lot

of familiar faces at this one, which was good to see and hopefully a sign of things to come. 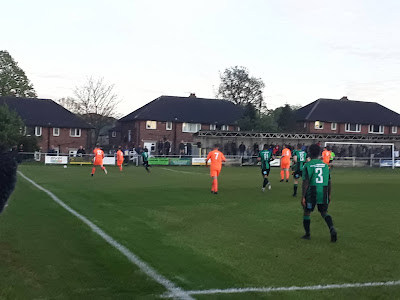 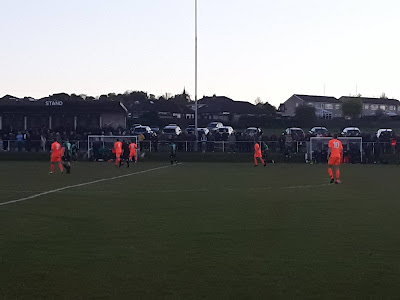 on May 19, 2021
Email ThisBlogThis!Share to TwitterShare to FacebookShare to Pinterest
Labels: Golcar United, Liversedge