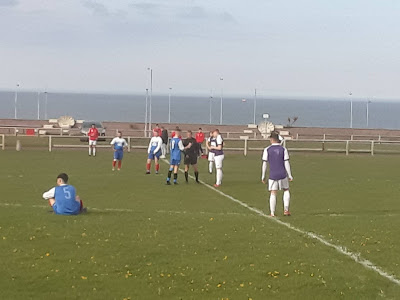 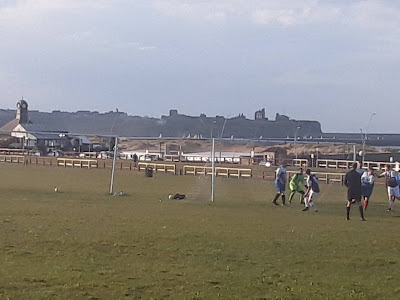 Jarrow FC Reserves changed their name to Simonside at the start of the 2019-20 season.
They've also moved grounds recently, relocating from the King George Playing Fields in Jarrow, where the pitch was vandalised, becoming unplayable.

Bent Recreation Ground is on South Shields seafront, with (on a lovely sunny night) fabulous

views of the Shields piers, Tynemouth Priory and the North Sea. 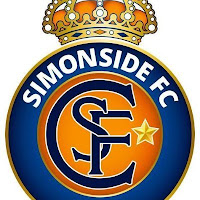 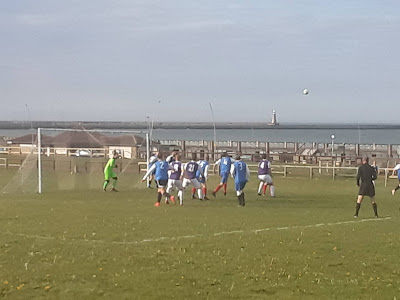 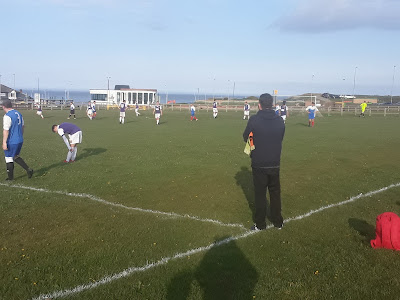 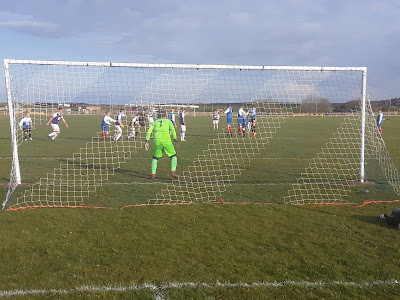 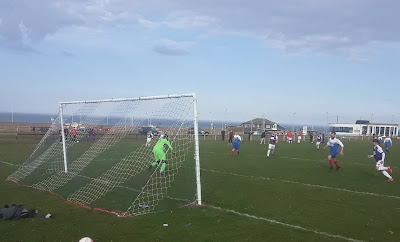 The club have a tough time on the park, regularly getting gubbed home and away, but they have to be

admired for still plugging away and not jacking it in.

The team were on the receiving end of another hiding, with Ryhope CW u-23 running up a final tally of fifteen unanswered goals.

The visitors went three up in the first twenty minutes with James Keilloh getting on the end of a right wing cross to fire home, before he dribbled his way through the defence to double their lead. It was Luke Wardle who rounded the keeper and tucked the ball into the net for the third, and he grabbed his second from close range to make it 0-4 at half time.

I could describe each of the eleven second half goals, but they were basically a much of a muchness, with Ryhope ripping through the home defence unchallenged and the lads in the purple shirts queuing up to fire home. Even when the keeper made a good save, there was always someone on hand to net the rebound.

Wardle and Kellioh completed their hat-tricks and Ryan Taylor chipped in with four, including two goals in the 70th minute, which is surely a first for me, seeing the same player score twice within seconds of each other. Ryan Foster, Joe Maddison, Luke Spalding and Jake Bowman formed an orderly queue to also get on the scoresheet to complete the rout.

I watched the match with Glenn, Gav and Alan and throughout the second half we chatted with the Simonside manager, who is a sound lad, who doesn't appear to get too disheartened by his team's performances. We could even share a laugh when some of his players wanted to be substituted, with one player saying " It's not fair that you've let him come off and not me" 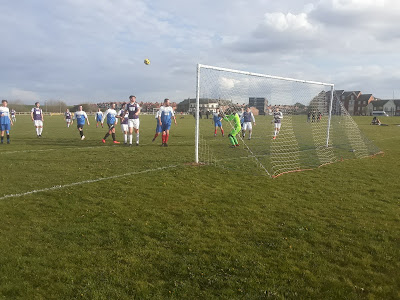 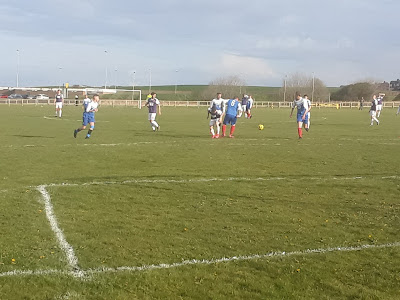 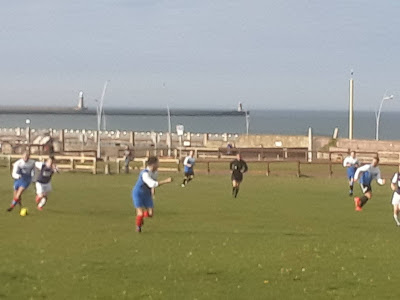 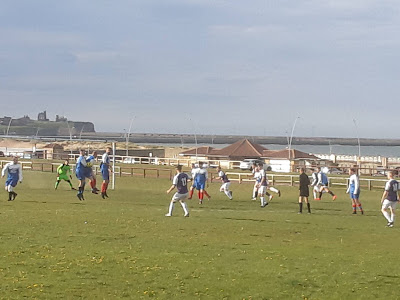