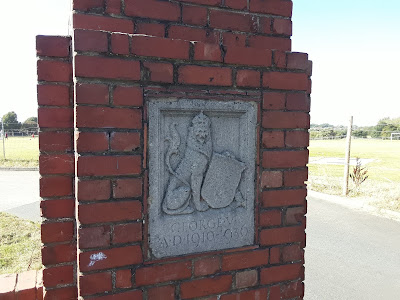 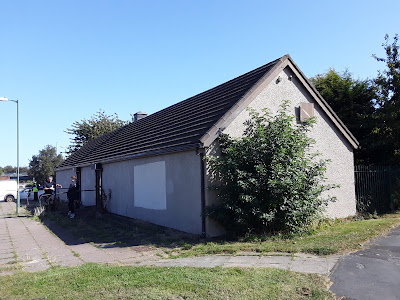 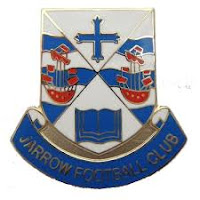 Last season Jarrow FC formed a reserve side to play in the Durham & Wearside Development Division. The season was a bit of a disaster, winning one game out of 16 and conceding 168 goals, plus they had to play some home games away because of a curfew time to vacate the ground on matchdays.
Despite all this, the club fulfilled their fixtures, when a lot of clubs would have chucked it, so top marks to the team for playing out the season. They return this campaign in the new Wearside League Division Two and at a new home pitch just off the Leam Lane Road. 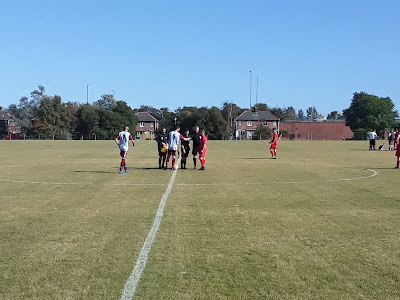 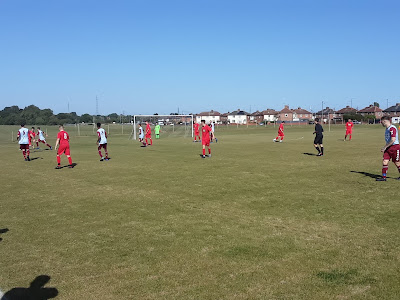 The ground is just off the A194/A19 roundabout. The pitch is one of several on the playing fields which is fenced in on all sides. The changing rooms and car park are behind the goal off the Lindisfarne Road entrance. 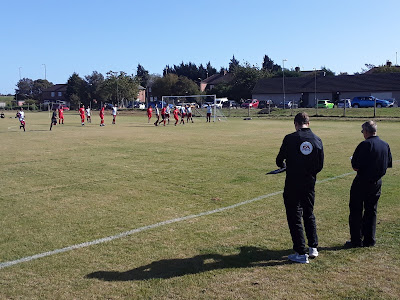 Hylton took a three goal lead at the break with a hat-trick of sorts by Jack Robertson. He fired in a right foot shot in the 3rd minute, followed by a cross via the defender, then an effort from outside the box which went through the 'keepers legs.
Jarrow responded early in the second half with a good finish from Leon Hewitt, but the away side regained control with a well placed effort by sub Ethan Hill, followed by a dribble and shot from the edge of the box by Edidiong Mfon Eyo to make it 5-1. Hill was on hand to grab his second before a late burst from the home side, with Brandon Smithwhite firing in and more good skill from Jarra's best player Hewitt, to make it 3-6 at full time. 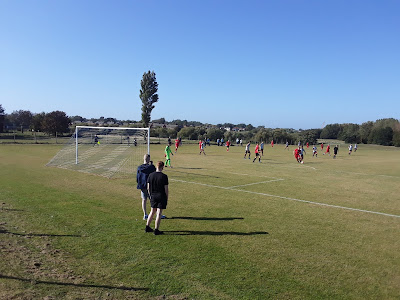 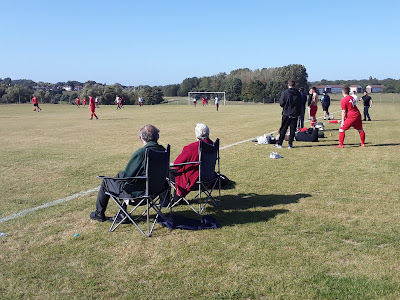 Just a quick 6 mile drive along to Jarrow only 15 minutes door-to-door.
Surprised to find Toon fans Glenn Wallace and Kenny Rogers look alike Alan at the game. They sandwiched in this game between the early Academy derby, which Newcastle won 2-1 and the shite dished up at St James Park at teatime. I also went to the Brighton match which ended my long sequence of not seeing a 0-0 draw.
on September 22, 2019
Email ThisBlogThis!Share to TwitterShare to FacebookShare to Pinterest
Labels: Hylton Sports Club, Jarrow FC Reserves, Simonside