From tomorrow, spectators are officially allowed to attend games again, just as long as its not played on private land or the purchase of a match ticket is involved, which may generate a large crowd. However if a game is played on council land or is part of a public park its fine. Apologies if I’ve got these facts wrong, but the statements coming from the FA are as plain as the instructions this shitstorm of a government has preached over the last 12 months. 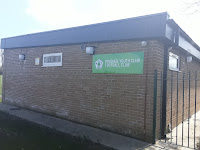 Over the last week I’ve attended three matches just by being in the right place at the right time. Last Saturday (3rd April) I took a drive along to Prudhoe as I wanted a photograph of the plague displayed in honour of It’s A Wonderful Life actor Henry Travers, who was born in the Northumberland town. Whilst in Prudhoe I stumbled upon a match about to kick off, so I parked up, sat on the grass (a good social distance from everyone else) and enjoyed an 8 goal thriller between Prudhoe YCS Development and West Jesmond. 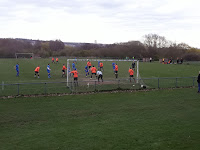 On Wednesday night I called up to Winlaton to drop some bits and pieces off at my son’s house. On the way back along Shibdon Road I noticed the players taking the field on Shibdon Park, so I pulled into the car park and watched - Blaydon Community 0 Newcastle East End Reserves 3, which was a good game and my third visit to this ground. 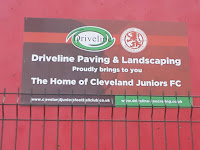 Finally, just yesterday, I drove down the A19 to Middlesbrough as I had agreed to purchase some rare Subbuteo teams on Facebook Marketplace. I arranged to meet the seller outside the rugby ground in Acklam, but the bugger didn’t turn up. However, the trip wasn’t a complete waste of time as just around the corner Cleveland and Boro Rangers Reserves were warming up just before their North Riding League fixture. I pulled into the car park ten minutes before the kick off and was thrilled to see my Groundhopping companions Lee & Katie there as well, which topped off a great week of games, when I accidentally stumbled onto some much missed live football action. 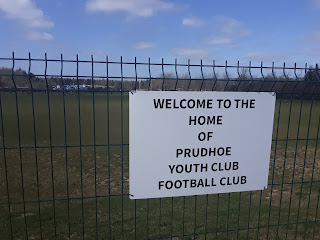 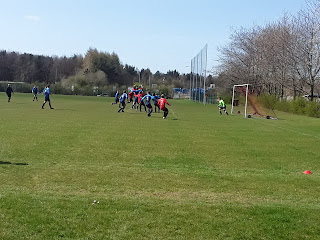 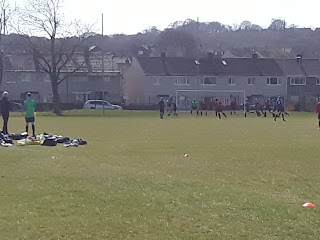 Eastwoods Football Fields is directly behind Kimberley Park and across the road from the Prudhoe Youth Club and Eastwood Park.

PYC took the lead in the 13th minute through Ben Milner before West Jesmond responded, with both Mylo Ferraro and Marc Cowley  latching onto right wing crosses. Michael Beck  made it 1-3 at half time with a good run and finish, then from the restart Ferraro added his second and Adam Johnson made it five with twenty minutes remaining. Prudhoe staged a mini fight back with 2 goals in four minutes from their centre forward James Reay, but the visitors saw out the game to earn a home tie against Cramlington United in the next round. 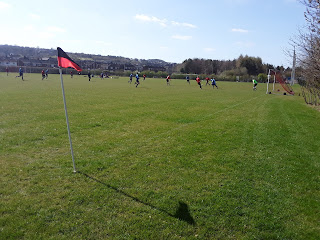 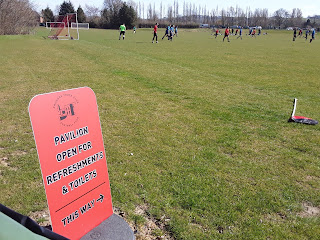 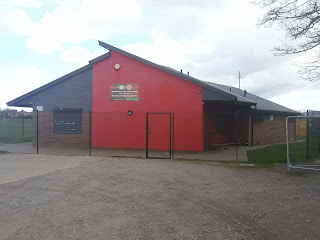 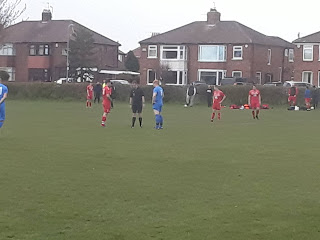 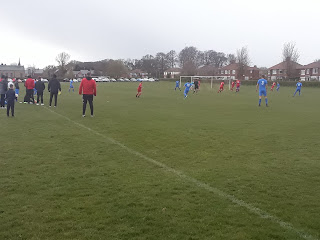 Cleveland FC are based in the Acklam area of the Boro. The Mill Hill facility has several pitches with the senior team using the pitch at the far end which runs parallel with St Mary's Walk.

For a nowts-each, this was a quite entertaining game. Cleveland wasted some good opportunities to forge ahead and wasted a golden chance in the 15th minute when a penalty-kick sailed high over the bar and into the bushes behind the goal. The match was very open and could have gone either way in the second half. In the final minute Cleveland had a player sent off and Rangers should have pinched it when a close range header went the wrong side of the crossbar. 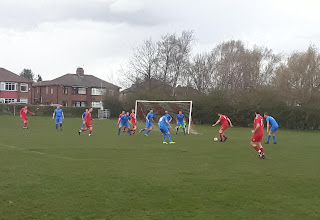 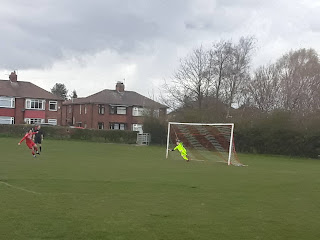 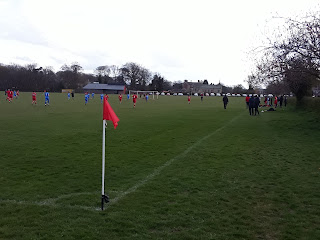 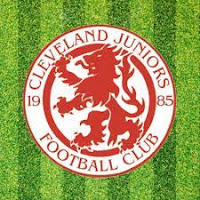 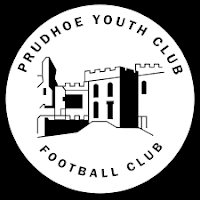