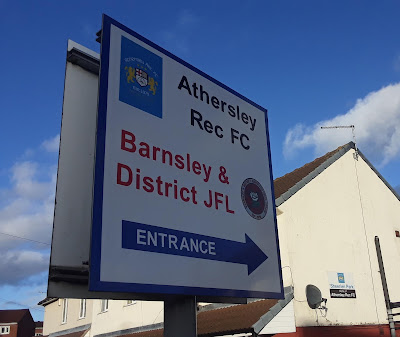 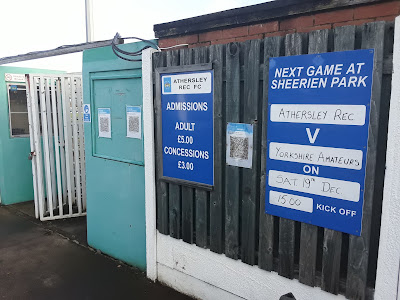 Athersley is a village in the metropolitan borough of Barnsley in South Yorkshire, which is
split into two regions - Athersley North and Athersley South. Construction began in the villages
near the end of the 1940s on original dense woodland populated by a variety of wildlife.

The name was first recorded in 1379 as 'Hattirslay', which probably means 'Aethred's forest

glade' from the Old English 'Aethe[l]red' and 'leah' 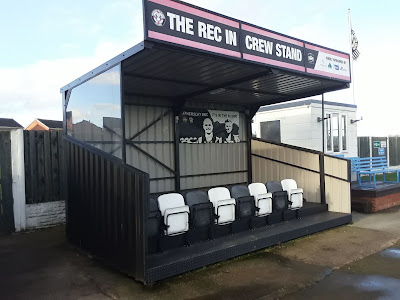 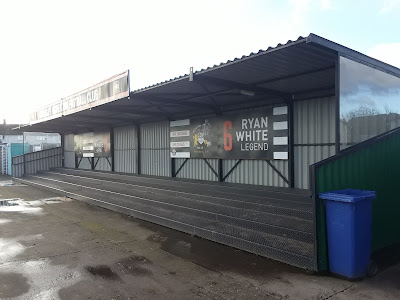 The Rec have played in the Premier Division since finishing runners-up in Division One in their debut season. 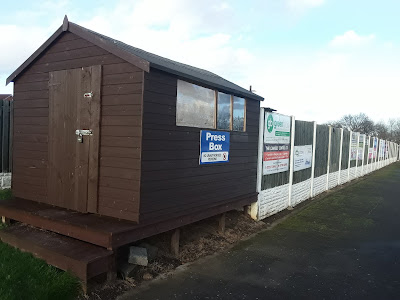 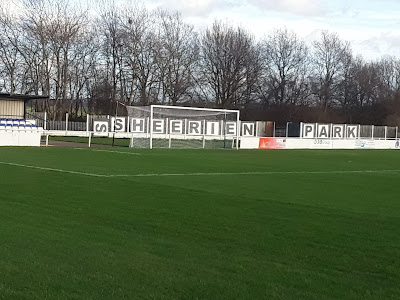 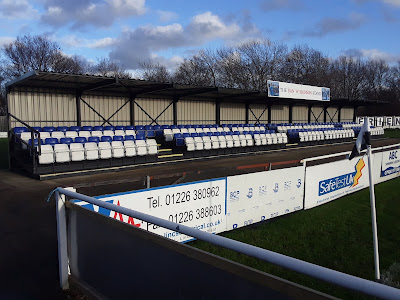 The ground has seated stands behind both goals. The Den Wilkinson Stand sits at the top end of the ground decked out in blue and white seats, with the stand at the entrance end in the club colours of black and white.

There are two covered stands on one side, a large section and a diminutive structure called the ‘Rec In Crew Stand’ with eight extra seats. The far side has open hard standing behind the dugouts. The catering facilities and players dressing rooms are in one corner. 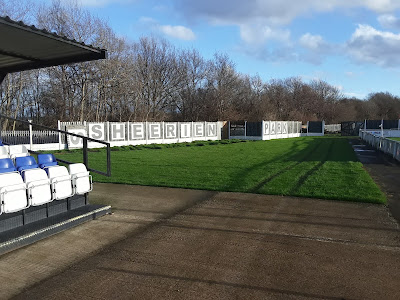 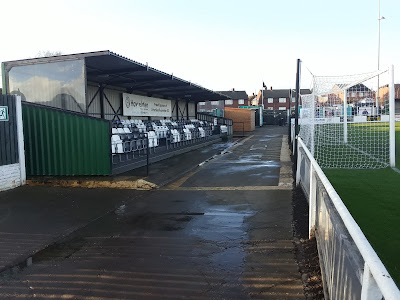 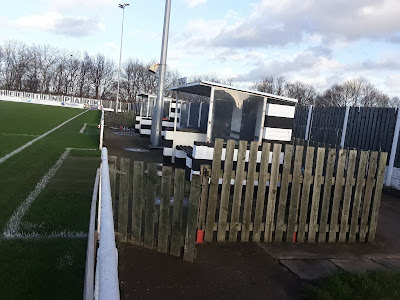 This top versus bottom encounter went the way of the form book. The Ammers started on the front foot and the early pressure paid off when Adam Priestley fired home in the 6th minute. They finally grabbed their second when a quick break was finished off by Casey Stewart five minutes before half time. Just before the break Lee Garside got the home team back in it, when his free kick from the edge of the box went in off the post, only for Priestley to restore the two goal advantage with a lovely turn and shot from a tight angle.

Roy Fogarty added a fourth with a superb scissors-kick, but they became a bit complacent with their comfortable lead, with the hosts creating a host of chances and finally getting a consolation through Kyle Wordsworth in the last minute.

Yorkshire Amateur are a good side and look on course to win the league, but Athersley showed encouraging signs that they can get out of trouble in the new year 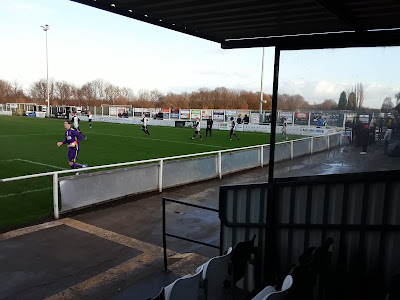 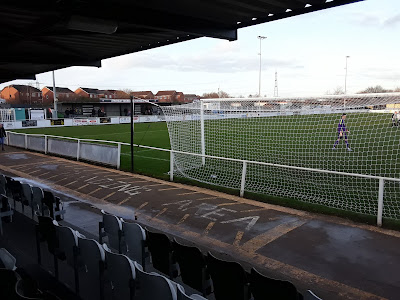 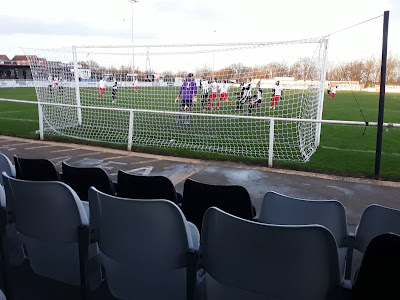 Well it had to happen sometime and now it finally has. All the grounds I’ve travelled to in the car without as much as a hiccup, my luck finally ran out as I broke down with a flat tyre, due to a split shock absorber disc. I discovered what had happened after the match just a few yards from the ground. I called the breakdown services and they arrived just ten minutes later, as the local garage was luckily just along the road. The spare was an emergency tyre which meant I was limited to just 50mph on the motorway, so a long, careful drive back home. I managed to steer Simon home without any bother and I was relieved to see the Angel of the North just before 8pm.