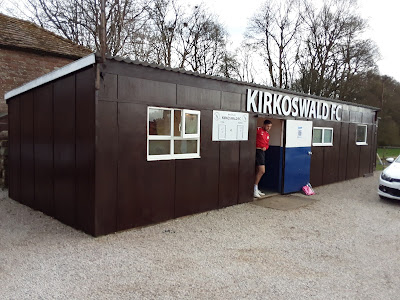 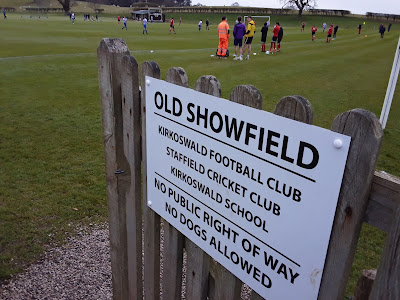 Kirkoswald is a village, civil parish, and former market town located in the Lower Eden Valley of Cumbria, about 9 miles from Penrith. (population approx. 900)

The village, referred to colloquially as "KO", takes its name from the church of St Oswald. He was the King of Northumbria who, according to legend, toured the pagan North with St Aidan in the 7th Century.

Kirkoswald FC was founded in 1946 and have been members of the Westmorland Football League since 1969. 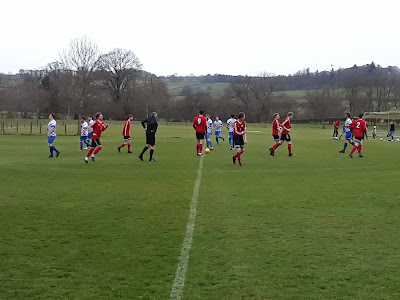 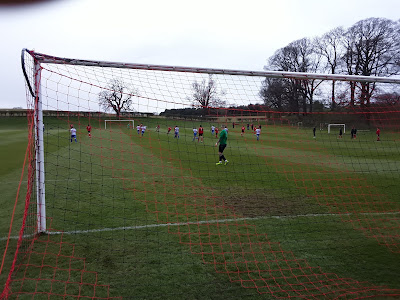 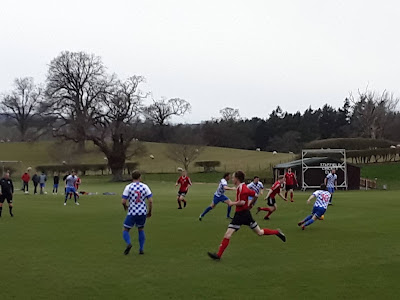 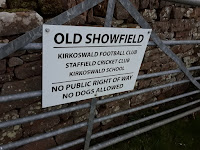 The ground is situated through a narrow lane off the main street. On arrival there's the car park and changing rooms which proudly states the club name in large letters. The pitch is next to Stan Cricket Club, which has its pavilion in the far corner of the pitch. 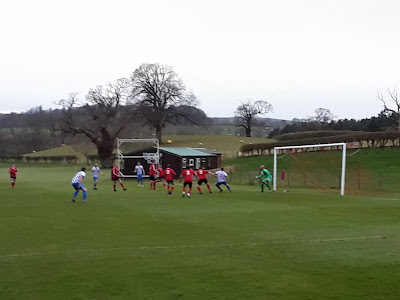 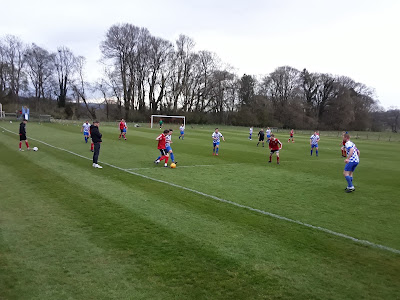 minute. The visitors hit back in the 33rd minute when a shot from outside the area was

knocked onto the post by the ‘keeper only to fall to Jamie Little for a simple tap in. They

mad scramble in the box.

minute when a right wing corner was met at the far post to make it 1-3.The match was wrapped up in the dying minutes with Andy Frampton getting on the score

sheet to top off a good performance. 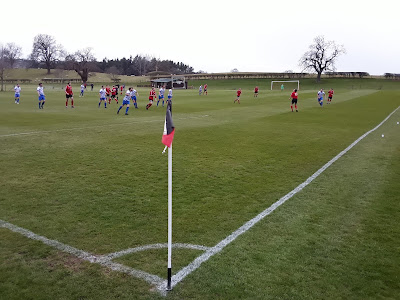 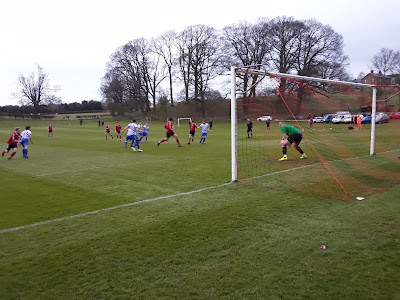 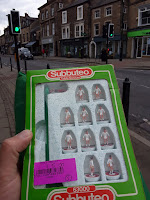 Before hitting the A66 we stopped off in Barnard Castle for an hour or so. (eye-tests-a-go-go!)

I was delighted to pick up a rare Liverpool 2nd Ref.623 Subbuteo team for a fiver from a charity

shop, while Katie was over the moon to see Bargain Hunt favourite David Harper outside his

antique shop. On arrival everything in the village was closed including the shop and both its

pubs, so we waited in the car out of the rain until kick off. The full match was completed before

the fall of darkness and we were treated to a decent game played at a friendly little club. 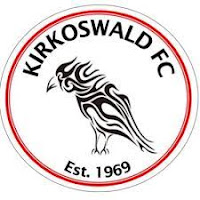 on April 14, 2021
Email ThisBlogThis!Share to TwitterShare to FacebookShare to Pinterest
Labels: Kirkoswald. Keswick