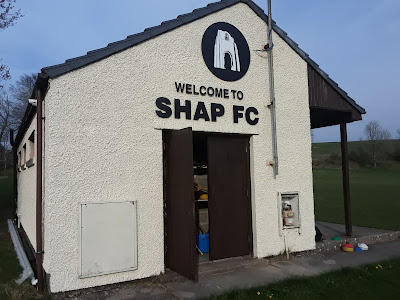 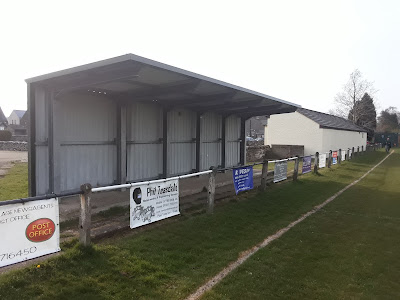 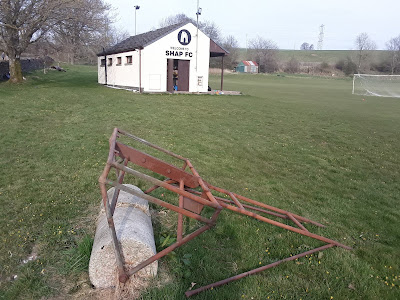 Shap is a linear village in the Eden district of Cumbria.The village consists mainly of two long lines of grey stone houses, many dating from the 18th century, which lines the A6 road. Before the completion of the M6 between Kendal and Penrith in 1970, the A6 across Shap summit formed the main route, linking north-west England with Scotland. The route was busy, and notoriously hazardous in poor weather conditions. Often in the winter the road would be blocked because of snow. Shap is also famous for its granite, with polished pink granite being found in many buildings in the UK, including outside St Paul's Cathedral in London. 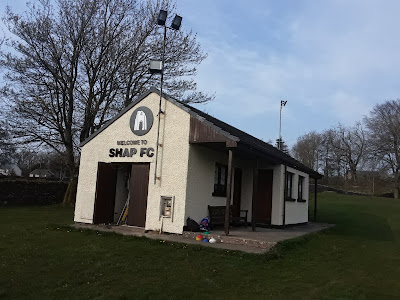 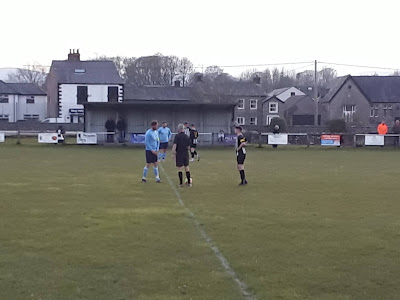 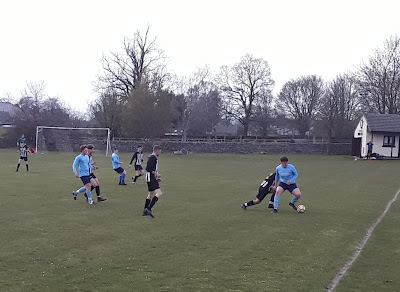 1st Division. The black and whites play at Memorial Park, just off the Main Street which runs

through the village. The ground has a standing enclosure on one side with the changing room 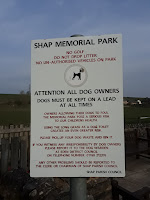 block in the corner. 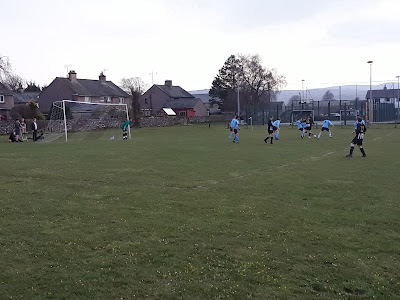 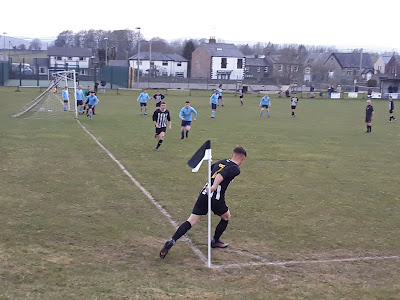 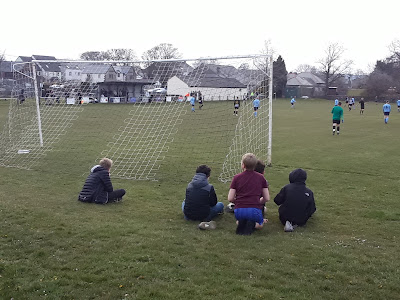 A late flurry of goals from the visitors saw them bag another win in the High Sheriff’s Cup.

simple tap in. All four goals were of a similar ilk, with good wing play down the right hand side

picking out an unmarked team mate in the box, with the Matt Maloney and Sam Fletcher both

on hand to score. Even the penalty kick was awarded after a mazzy run from the winger, but the

0-4 final score line, was a bit harsh on the hosts. 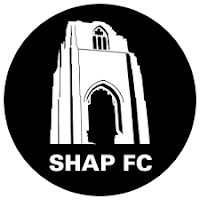 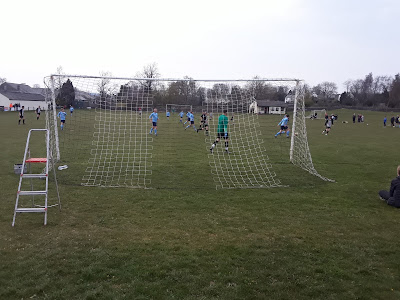 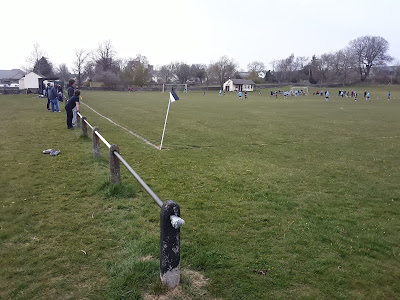 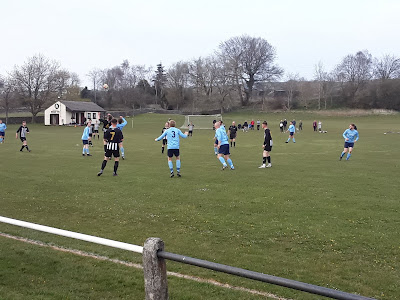 Driving 90 miles door-to-door via A66

Arrived at 5.30pm following a brief stop in Kirkby Stephen.

there.  We definitely wouldn't expect this to happen at a remote ground in the middle of

Cumbria, but we couldn't have been more wrong. The roll call of 'Hopper friends present

and Joris van de Wier(Dutch exile from Edinburgh) as well as a few others known on Twitter.

Also tonight I visited my first pub of 2021, that honour going to the pub across the road from

the ground -  The Crown Inn, which will hopefully be the first of hundreds over the remainder 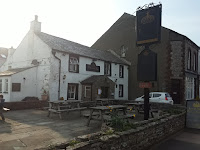