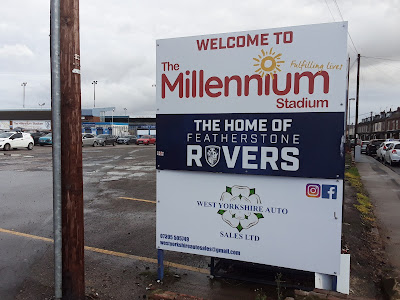 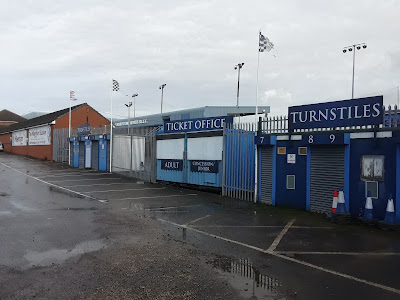 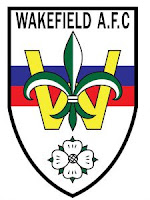 formed in 2019 by a consortium of businessmen including former Sheffield Wednesday & Manchester United goalkeeper, Chris Turner. Wakefield is the largest city in the UK without a professional football team and the club are ambitious enough to rectify this. 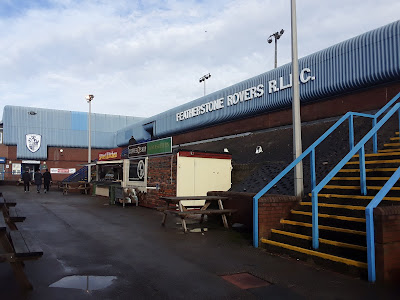 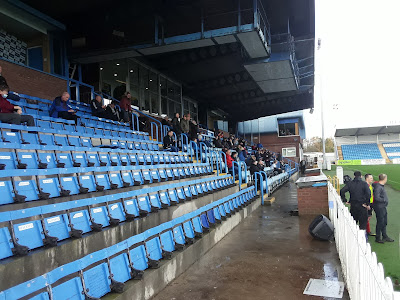 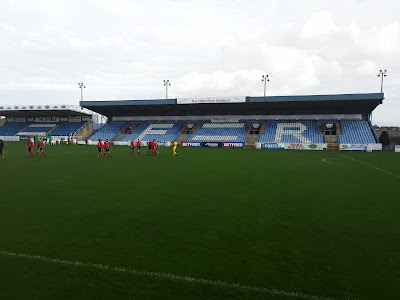 The ground opened in 1904 and has been used by Featherstone Rovers since their formation in 1908. The record attendance is 17,000 from a 1957 game against St. Helens.

The West Stand is the Main Stand, which contains covered seating and a small amount of uncovered terracing towards the South side. Towards the north end of the ground is the hospitality building which connects the main stand and the changing rooms. There are two covered seated stands on the opposite with the smaller stand erected in 2014 after it was relocated from Scarborough's McCain Stadium.

The North Stand or Railway End is the newest part of the ground which replaced the terraces in 2014 with more seats from Scarborough. The North-East corner also houses the scoreboard.  The South Stand or Post Office Road End is an open terrace which has a row of terrace houses behind which look into the ground. 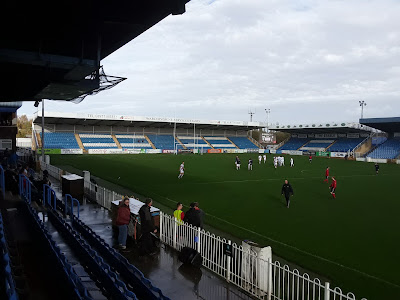 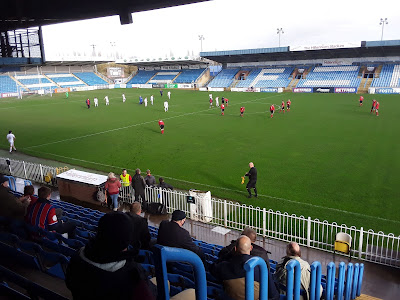 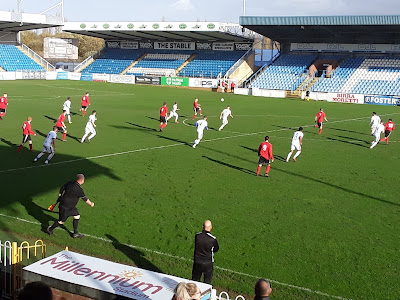 Wakefield gained revenge for their 3-2 defeat at Hepworth United last week with a first half winner from Dean Makunike. The striker latched onto a through ball and produced a good finish from the tightest of angles. The second half saw a red card for the visitors and a few handbags moments, which was accompanied by Yakety Sax(the Benny Hill chase theme) blasted over the PA. Wakefield had chances to wrap it up against the ten men, but that 22nd minute goal proved decisive. 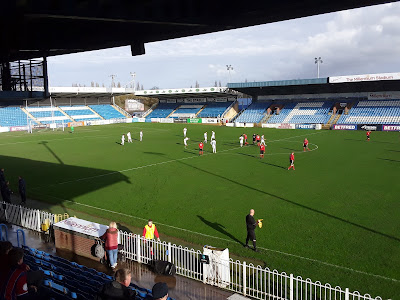 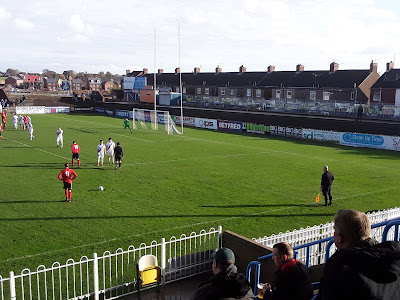 I had planned to tick this one off at the start of the season with Lee & Katie but I was unable to make it due to work commitments. Since then I've been desperate to visit this ground and I felt this might be my last chance before Christmas. As fate would have it, I was meant to be here today, as the Casual Groundhopper - Alan Oliver had travelled over from Manchester. I was surprised to see him at the game and it was great to catch up with one of the 100FgC squad.

It was announced last night that Lockdown 2 - The Sequel will begin on Thursday, so no football for at least a month, and more than likely for the remainder of this bugger of a year. The last match I attended before the first lockdown in March was at Widnes, another Rugby League ground shared with football, so history repeats itself, even in my own little groundhopping world. 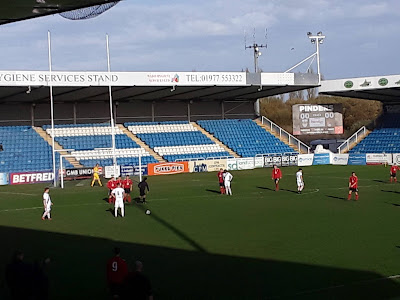 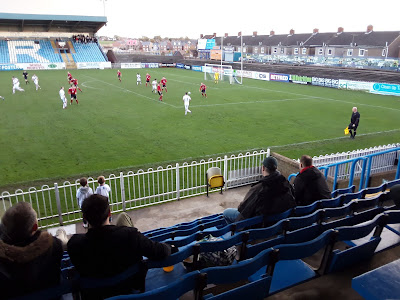 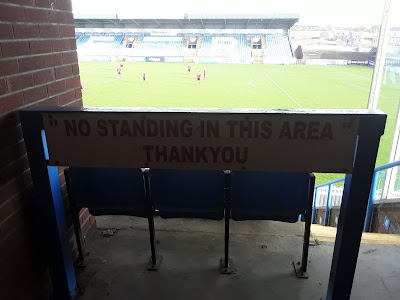