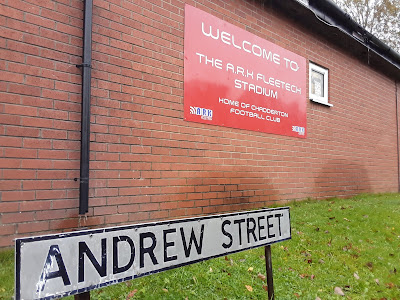 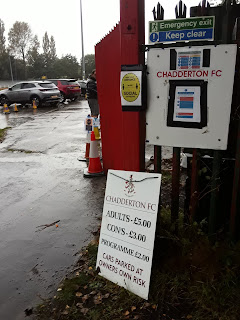 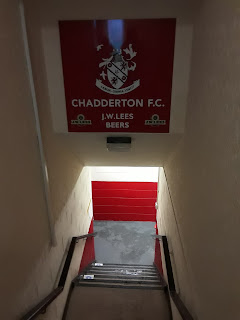 Chadderton is a town within the Metropolitan Borough of Oldham, in Greater

Manchester. The town lies along the course of the River Irk and the Rochdale Canal, on

undulating land in the foothills of the Pennines. (population:nearly 35,000)

Ages was chiefly distinguished by its two mansions, Foxdenton Hall and Chadderton Hall.

Urbanisation and expansion coincided with developments in textile manufacture during

the Industrial Revolution and the Victorian era, as Chadderton became a major mill town,

with more than 50 cotton mills built by 1914. The legacy of the town's industrial past still

remains in its landscape of red-brick cotton mills, now used as warehouses or distribution

centres, some of which are listed buildings because of their architectural, historical and 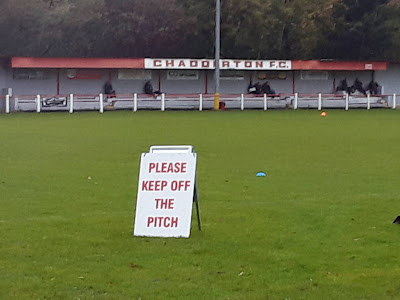 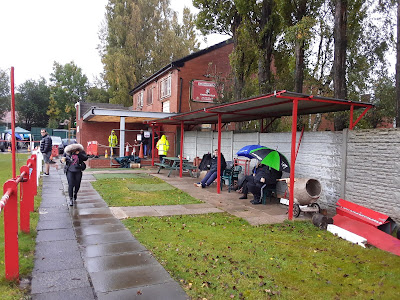 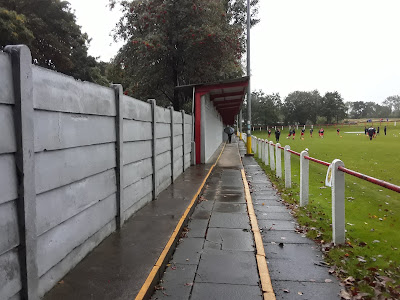 Chadderton FC was established in 1946 as Burnley Lane Estate Juniors, originally playing in the Middleton

Youth League. The following year the club became a senior side, renamed after their new

playing in the Oldham Amateur League, winning its Challenge Cup in 1954–55. Chaddy

moved up to the Manchester Amateur League and adopted their current name in 1957.

and man of many clubs Steve Jones, ...oh...and local lad Mark Owen from the boy band 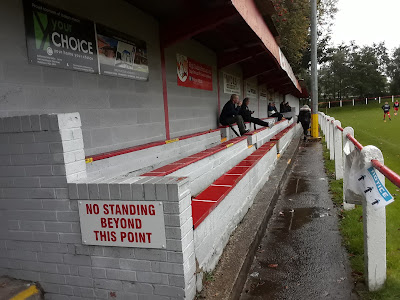 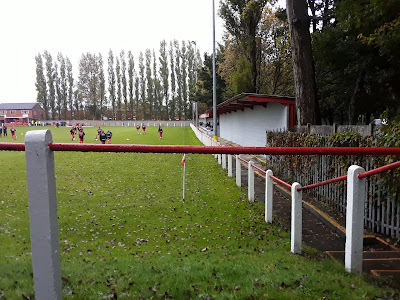 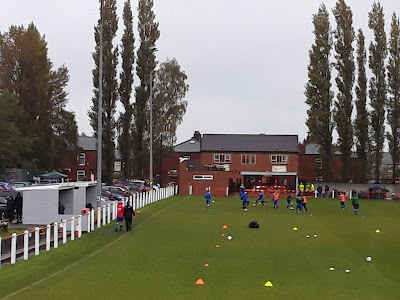 The changing rooms are at the entrance with the clubhouse bar upstairs. There is a covered

stand which runs pitch length along the far side, having three rows of bench seats in the

middle with terraces at the sides. The dugouts are opposite and there's inclined viewing

behind the far goal. 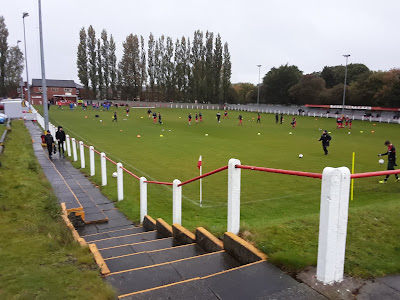 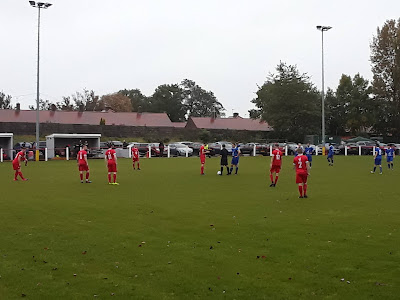 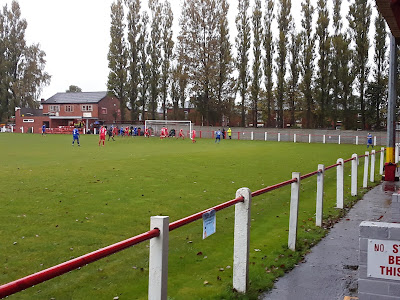 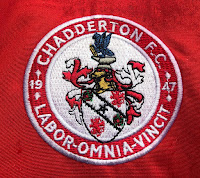 ahead, then a corner kick bypassed everyone and fell to captain Jordan Schofield at the far

post to make it 2-0 with just twenty minutes gone.

Yaroslav Maksymyk latched onto a through ball and produced a good finish. The visitors

were rewarded for their late spell of pressure, when a shot from Colin Quirk took a

deflection to make it all square in the last minute. Saints could have pinched all three points

in added on time, but Lewis Fearns' effort came back off the post. 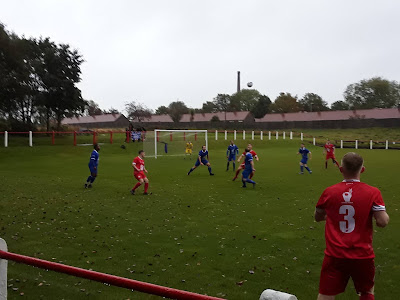 A decent Saturday morning finish at work, mainly due to the fact I was working with our office's version of Nijinsky(and I mean the champion racehorse not the ballet dancer) meant I could get to Katie and Lee's for our noon departure to Greater Manchester. We picked up Connor on the way and travelled across the Pennines through the heavy rain to arrive on Andrew Street at 2.15. We were treated to a good game at a friendly club, plus it was nice to catch up with Saints supporters Jeff & Debra Voller at the match. 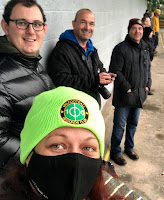 FOOTNOTE Since Blogger changed to a new publishing interface, publishing these blogs has became hard work, taking a good one hour longer than it has done for the past 14 years. What I'm basically trying to say is the new set up is shit and they should have left it as it was.