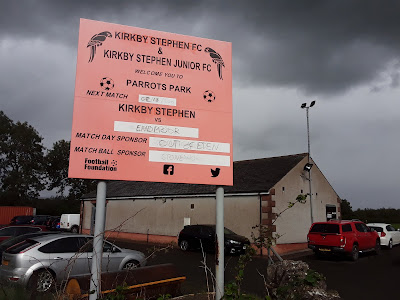 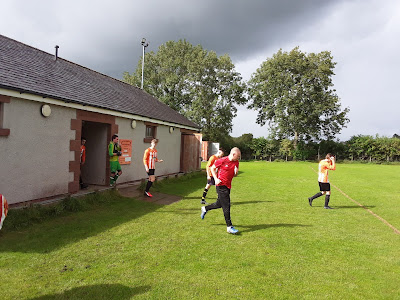 The market town of Kirkby Stephen lies at the head of the Eden Valley, the source of which is in the Mallerstang Valley, to the south east. Kirkby Stephen was granted a market charter in 1352, and a lively market is still held on Mondays. The town is close to the southern boundary of the North Pennines Area of Natural Beauty and just north of the Yorkshire Dales National Park. (Population: just under 2000)

Kirkby Stephen FC was founded back in 1907, but the present set up was established in 2017. The team took several players who were part of the Carvetii United team which dropped out of the Westmorland League a couple of years beforehand. That team played home games at Brough and Kirkby Stephen, but the new club is based solely at Parrot Park. The club started off in Division 3 but have worked their way up to the top division in a short space of time. 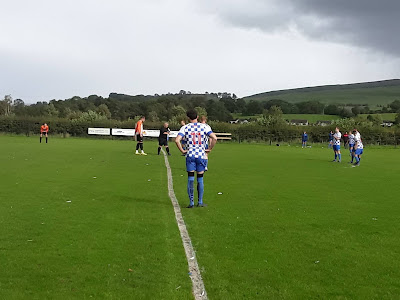 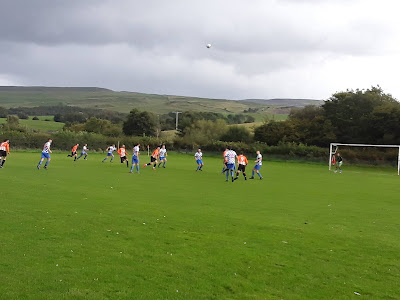 The ground is just off the main street in the town, across a narrow bridge which crosses the River Eden. The car park and pavilion are at the entrance with the pitch set further back. 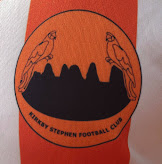 After a goalless first half with plenty of missed chances, Keswick took the lead just before the hour mark, when Steve Hindmarch headed in from a left wing corner kick. The visitors doubled their advantage ten minutes later with a snap shot from Andy Frampton on the edge of the box.

Kirkby finally got on the score sheet, but it was far too late, as Ben Collinson slotted home from the penalty spot deep into added on time. 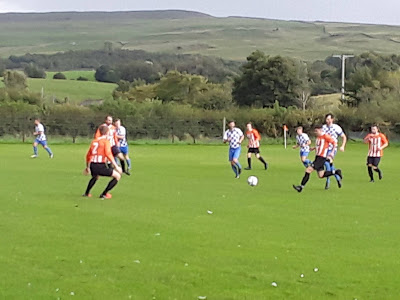 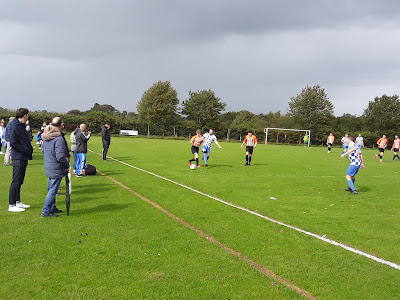 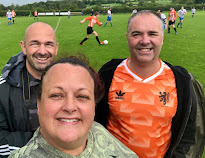 At long last after a 6 months gap, the NE Groundhopping Contingent(or Mafia as some might say) were back watching football together. Katie finally got home from New Zealand last week, so this was only her second match of the season, although Lee and I have been to several games together already.

We headed off at midday, so there was time for a toby around Kirkby Stephen before the match kicked off. A huge thank you to Katie (and Teddy) for my belated birthday presents which I was delighted with, and her Dad's s records which I will treasure. 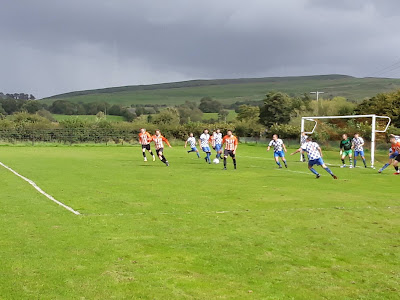 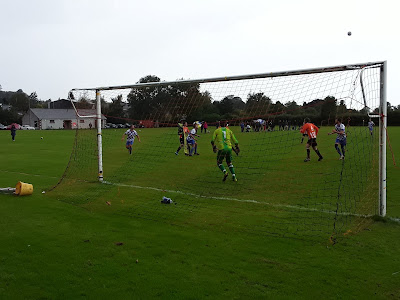