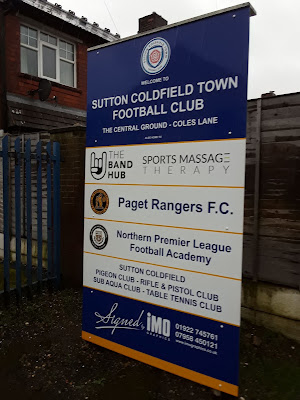 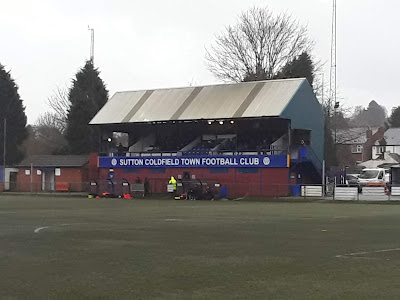 The Royal Town of Sutton Coldfield is a civil parish and suburban town in Birmingham, about 7 miles north-east of the city centre. Historically in Warwickshire, it became part of Birmingham and the West Midlands metropolitan county in 1974. The name translates as "South Town". with "Sutton Coldfield" meaning the south town from Tamworth or Lichfield on the edge of the "col field". "Col" is usually derived from charcoal, so presumably charcoal burners were functional around this area.

The Sutton Coldfield Football Club was founded in 1879 playing in a variety of leagues during their early years, including the Central Birmingham League, Aston and District League, Small Heath League and Suburban League. 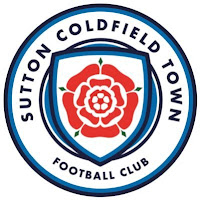 
The Royals rejoined the Southern League for one season in 2018-19 but are back in the NPL in its new Division 1 South-East Division for this season. 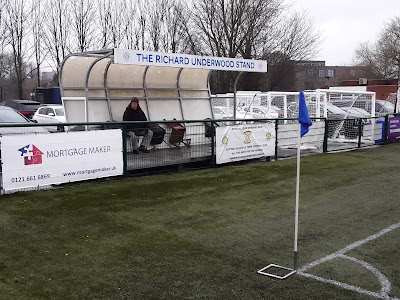 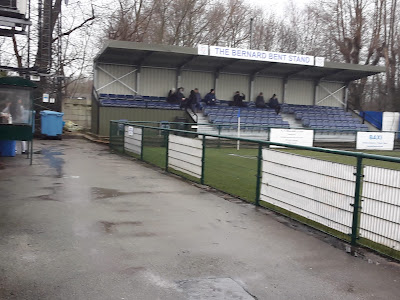 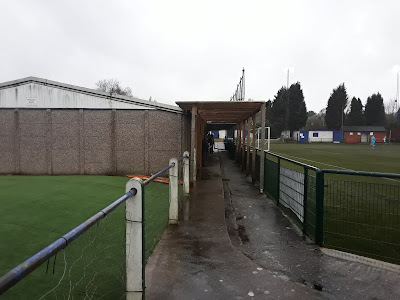 The club originally played at Meadow Plat in Sutton Park until moving to Coles Lane in 1900, then to the present Central Ground site in 1920. The ground has a classic main stand, which was purchased from Manchester City in 1956. The stand has raised seating and stairs access on each side, with the changing rooms housed underneath and the team dugouts at the front. There is another covered seated stand in the corner next to the clubhouse and snack bar. There's also covered standing behind one of the goals and the 3G pitch was installed in December 2011. 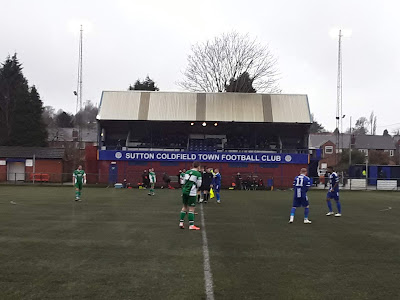 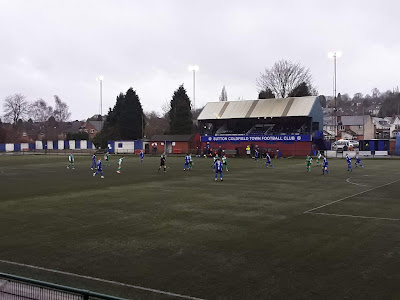 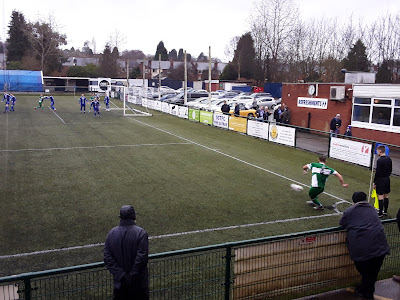 The Royals took a two goal lead in the first half an hour with Ryan Moore sliding in a Ben Usher-Shipway cross from close range, followed by an unmarked James Beresford heading home from a corner kick.
The visitors replied early in the second half when Ryan Hollingsworth slotted home a cross from the corner, but the hosts quickly restored their two goal advantage when Reece Gibson latched onto a through ball before running in on goal and finishing well to make it 3-1. 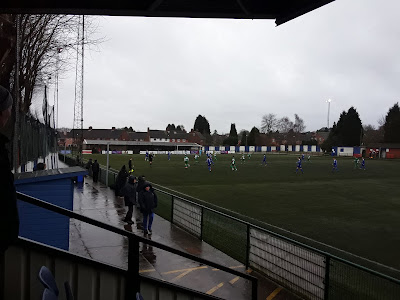 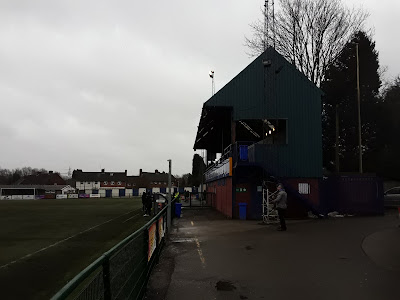 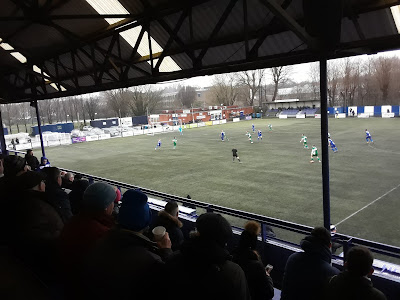 When booking this Birmingham weekend break for the breadknife and I back in November, we planned a dozen pub visits with my afternoon football fix spent in Stourbridge. The arrival of Storm Dennis meant a change of heart on route to Brum, deciding on the safer option of the 3G pitch at Sutton Coldfield, instead of the risk of a late postponed, as there's been a lot of matches called off at short notice recently. 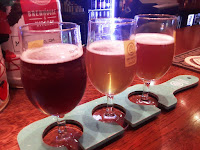 It turned out to be a good decision, as I enjoyed my brief visit to the town, enjoying a pre-match drink in The Bottle of Sack and the Brewhouse & Kitchen, before calling at the Station Inn after the match.
At the game I got talking to a couple of Spurs 'hoppers who were stopping over for the Villa game on Sunday, as it turned out we had a mutual friend in legendary Tottenham supporter Simple Pieman.
As far as the Birmingham pubs are concerned, we ticked off the ones on my list, our favorites being The Victoria, Craven Arms and The Old Joint Stock.


Our weekend came to a somewhat disappointing ending, with the water supply at the Birmingham Central Travelodge being cut(got washed with the water left in the kettle) followed by the cancellation of the 1203 Cross Country train back to Newcastle (caught a later one at 12.30) but at least I've been given a hotel refund so that's some of the ale money reimbursed.
on February 17, 2020
Email ThisBlogThis!Share to TwitterShare to FacebookShare to Pinterest
Labels: Lincoln United, Sutton Coldfield Town