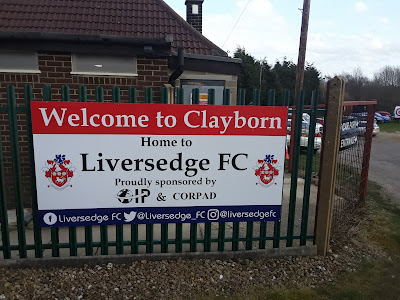 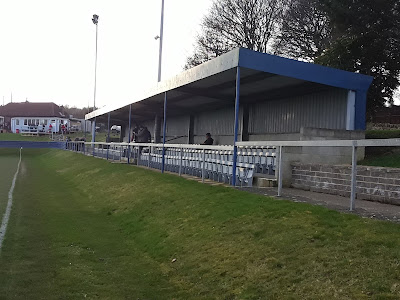 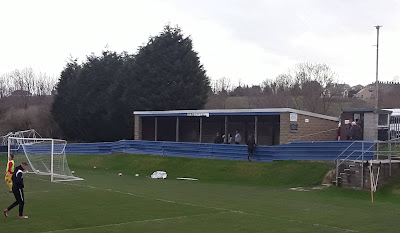 Liversedge is a township in the former parish of Birstall in the metropolitan borough of Kirklees, recorded in the Domesday Book as Livresec -  a manor belonging to Radulf, a vassal of the Ilbert de Lacy Norman family. The name derives from the Old English Lēofheres-ecg meaning 'a ridge or edge belonging to Lēofhere'. 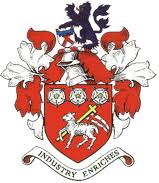 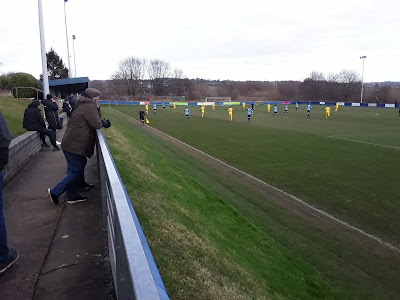 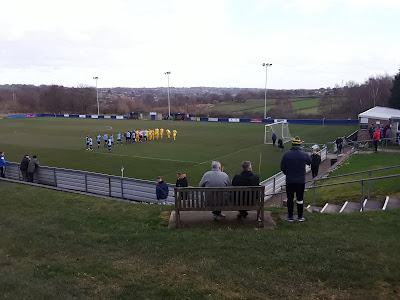 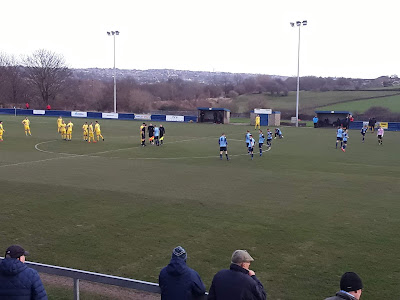 The clubhouse, changing rooms and snack bar are in the top west corner of the ground. The covered Stuart Silverwood Stand does what it says on the tin - 3 rows of wooden flip seats painted silver. There's a tidy looking covered enclosure at the turnstile end, made with fancy brickwork and wooden tree trunk style supports. There's also a few individual wooden benches on top of the banking and plenty of dining furniture, with the team dugout on the opposite side. 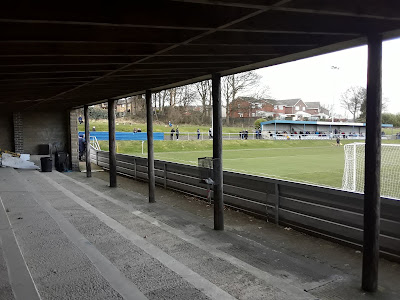 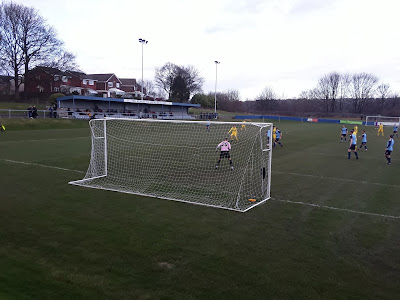 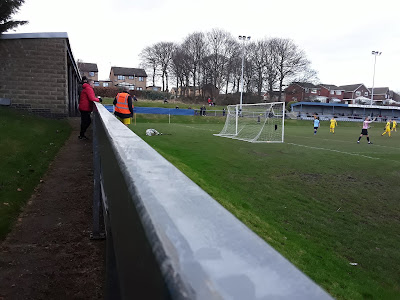 Mansfield looked to have grabbed all three points following a brave backs-to-the-wall defensive display. After being on the back foot for the majority of the game they broke the deadlock ten minutes from time, when the league’s top scorer Ross Duggan latched onto a through ball, before going around the defender and lashing in his 29th goal of the season.
Some fabulous saves from Warhurst in The Bulls goal and numerous blocks and tackles from the back line looked to have been enough to deny The Sedge, but with time running out a corner kick was met at the far post by Mark Simpson, his stooping header finally breaching the Mansfield defence to make it 1-1 at the finish. 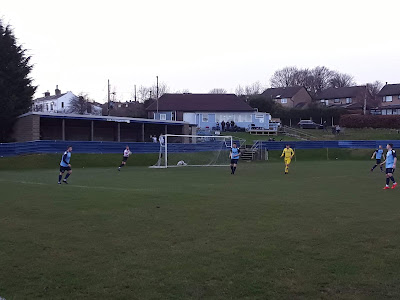 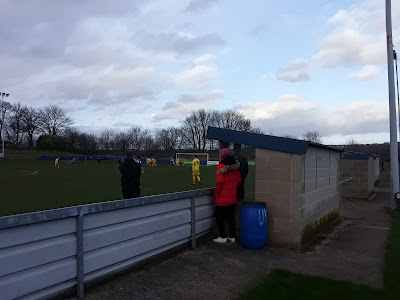 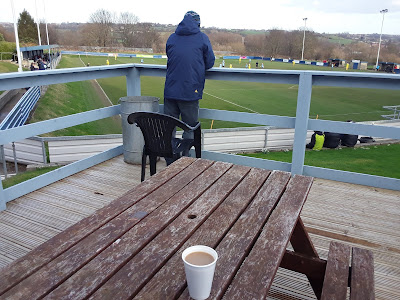 Drove straight down after finishing work and arrived at Clayborn at 1.40pm. As I’ve been to Cleckheaton previously, I decided on an hour's shuteye in the back of the car, having been on the go since 5.20am. I was just beginning to nod off when I was suddenly awoken by a selection of shitty modern dance music, with the volume turned right up to the maximum 11. The banging noise was coming from the clubhouse and it was probably loud enough to be heard across in Birstall. I gave up on the snooze and headed into the ground, being quite impressed with the neat set up and a terrific location for football. As always, I saw someone who I know, this time it was Billingham Groundhopper Andrew Clark, who as usual, was combining watching football with bairn sitting duties.
I had a clear run up the motorways for the return journey, not feeling too fatigued to arrive back at 100FgC HQ at 6.40pm.
on February 09, 2020
Email ThisBlogThis!Share to TwitterShare to FacebookShare to Pinterest
Labels: AFC Mansfield, Liversedge