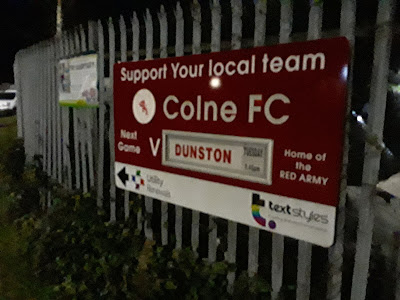 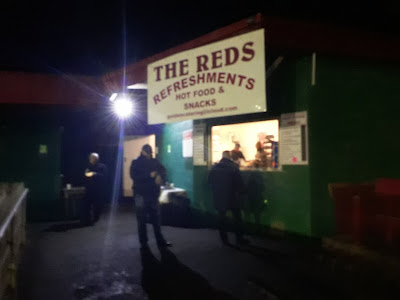 Colne sits in the far eastern corner of Lancashire, six miles north-east of Burnley, close to the border with North and West Yorkshire. (population just under 18,000)
The ancient market town was at the heart of the Lancashire cotton industry. Colne is the birthplace of  the band master aboard the Titanic - Wallace Hartley and the home of The Great British R&B Festival. 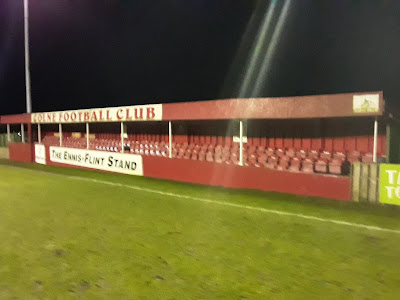 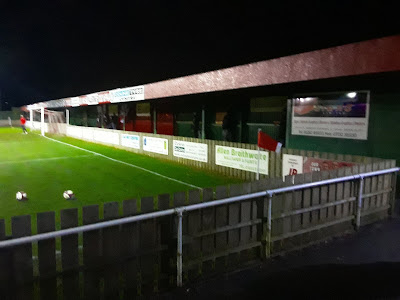 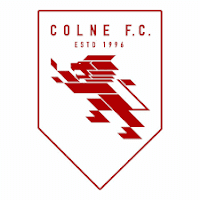 Colne FC was established in January 1996, six years after the demise of Colne Dynamoes, who folded after they were refused promotion to the Conference. 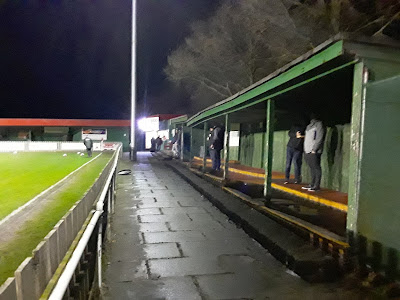 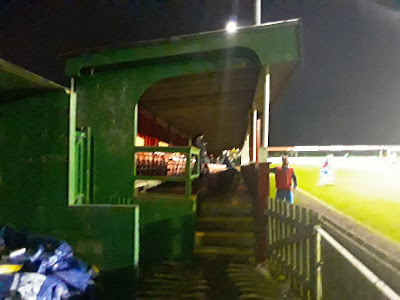 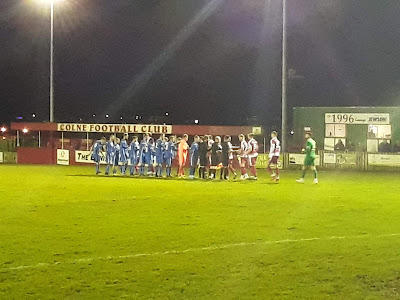 Holt House was originally an area with several pitches, before being enclosed in 1975 when Colne Dynamoes joined the Lancashire Combination. In the first half of the 1980’s three stands were erected and floodlights installed, with another new stand added in 1986. After Dynamoes, the ground was used by the Colne Royal British Legion FC until they also folded in 1995. The wooden main stand has 160 red flip seats made up of three rows. The Nigel Coates Stand is a full covered terrace behind the goal, with further cover down one side. The 1996 Lounge, Reds Bar and changing rooms are in between the stand and the turnstile entrance in the corner. 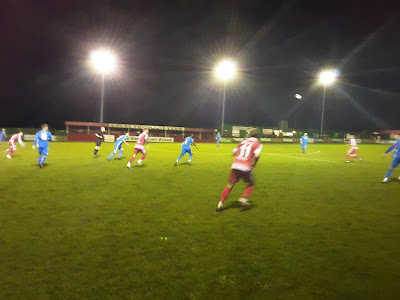 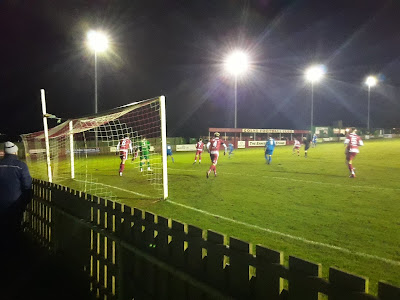 A match of very few chances looked to be heading towards a (rare for me) goalless draw, until the deadlock was broken in stoppage time, when a Michael Hall cross picked out Michael Pearson who headed into the far corner of the net to clinch a well earned three points. 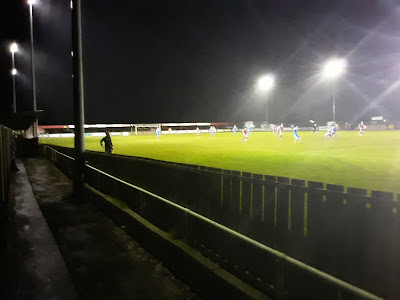 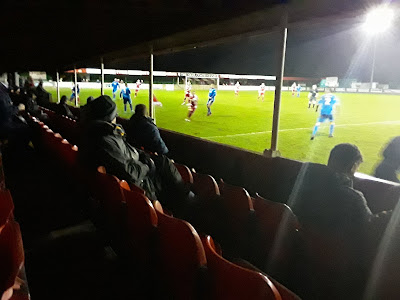 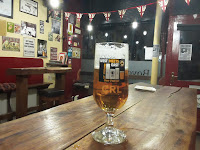 Arrived at Holt House at 1845, later than planned because of heavy rush hour traffic in Harrogate, where we called to pick up one of the players from the train station.

On arrival I legged it down the hill and walked back up another steeper hill to the town centre, to visit two Good Beer Guide pubs - The Wallace Harley (JDW) and Boyce's Barrel. A good night out in Colne, with my only regret being that I would have loved to visit Holt House during the daytime for the picturesque backdrop views of Pendle and the surrounding areas.
on January 08, 2020
Email ThisBlogThis!Share to TwitterShare to FacebookShare to Pinterest
Labels: Colne, Dunston Fed, Dunston UTS