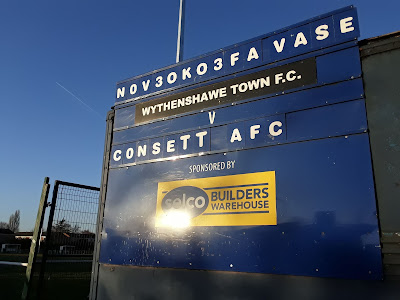 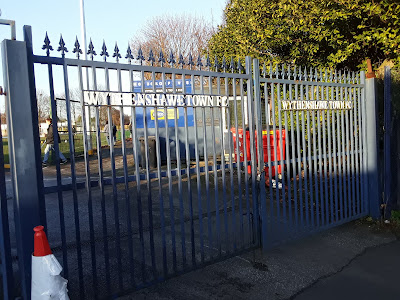 Wythenshawe transferred from Cheshire to the City of Manchester in 1931, where at the time, the largest housing estate in Europe was in the process of being built, covering 11 square miles.

Wythenshawe is 8 miles south of the city centre and is the southernmost district of Manchester, bordering Altrincham, Hale, Sale and Cheadle.(population 110,000)
Wythenshawe was the original outdoor film location for the Channel 4 series Shameless, (when it was good) which shows various shots of residential areas and other buildings unique to this area. 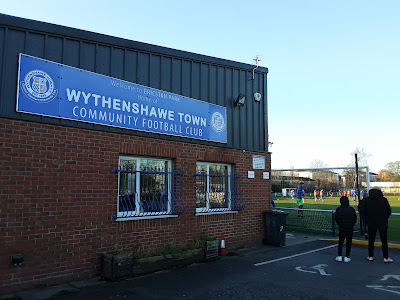 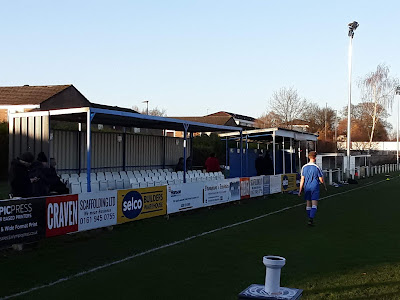 Wythenshawe Town was established in 1946 as North Withington Amateur by attendees of St Crispin's Church in nearby Fallowfield and they adopted their current name in 1987. 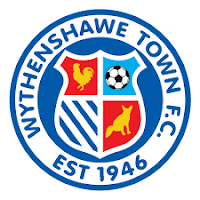 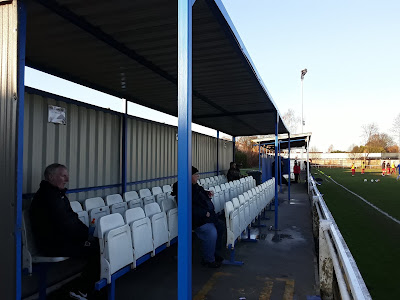 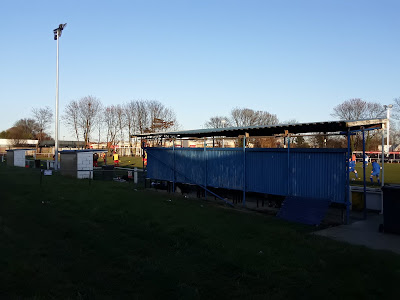 The club originally played at Hough End Field on Princess Road, using the Princess Hotel as their headquarters. They moved to the Baguley area of Wythenshawe in 1974, naming the ground -  Ericstan Stadium after founder committee members Eric Renard and Stan Hahn. The two are also honoured in the club crest, which has a fox (Renard in French) and cockerel (Hänchen in German).
The changing rooms and clubhouse, which opened in 2009 are behind the goal by the entrance gate.There is two enclosures on the dugout side, one with two rows of seats plus a standing enclosure called the Billy Moore Stand. Opposite is another covered structure with a long singular row of seats. Currently over one half of the dugout side and the far goal are out of bounds. 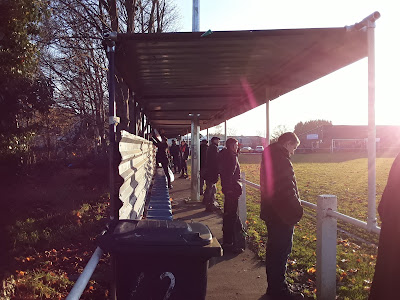 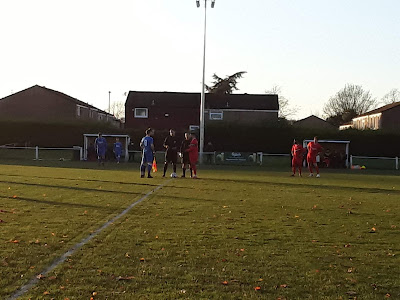 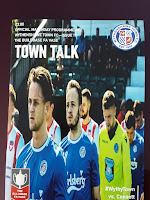 The Buildbase FA Vase Round 3
3pm ko
Att.302
Admission £5
A tight game saw the hosts break the deadlock in the 72nd minute when the keeper brought down Timmons in the box, with Brad Byrne slotting in the penalty. Consett quickly responded with Dale Pearson heading home the equaliser six minutes later. The visitors finished the game the strongest, but were unable to grab a winner within the 90 minutes. The teams still couldn't be split after extra time so they'll have to have another crack at it at Belle Vue next week. 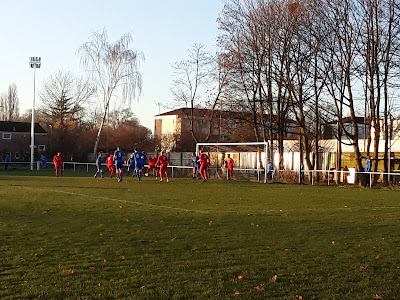 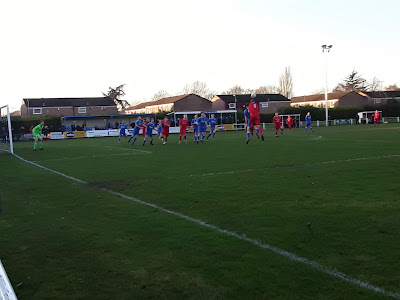 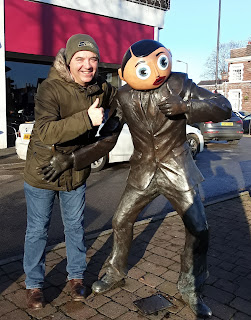 I made my way down to Katie & Lee’s on the bus for a 10am departure to Greater Manchester. We called into Sale for lunch at The JP Joule before nipping to Timperley before the match. The reason for this brief visit was to pay homage to Frank Sidebottom, as his statue stands in his hometown on Stockport Road.
When we arrived at the ground we were greeted with a warm welcome by the club committee, however this warmth didn’t extend to the clubhouse as there were a few glum faces after Man City were denied victory in the Premier League lunchtime kick off. (Great point for the Toon, but I kept my gob shut!)
It was also good to see former Northern League main man Mike Amos at the game. He had a chat with us during the first half and it's good to see he still follows the Northern teams away in the Vase.
As the match had gone into extra time I was back home later than intended, the X1 bus dropped me back at HQ in Sheriff Hill after 9pm, following a nice day out in the FA Vase. 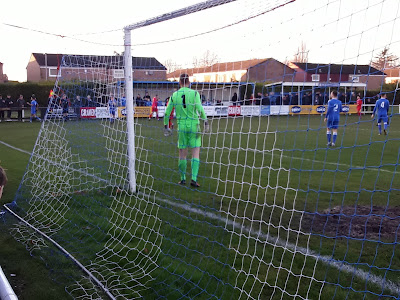 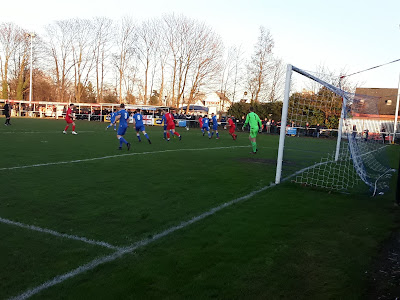