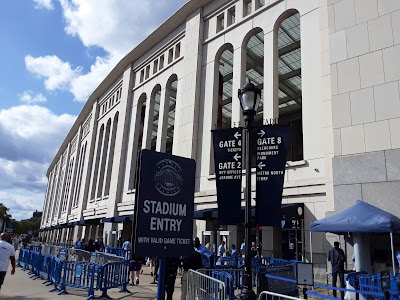 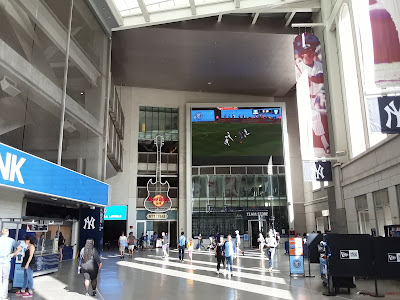 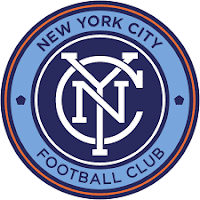 New York City Football Club formed in New York City in 2013, joining Major League Soccer as a member of the league's Eastern Conference in 2015. The Bronx Blues are the twentieth overall expansion team of the league, the first franchise to be based in the city and the second in the New York metropolitan area, after New York Red Bulls, based over in New Jersey and their rivals in the Hudson River Derby. 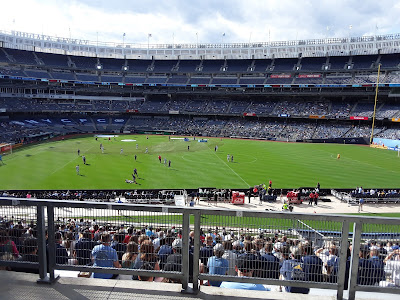 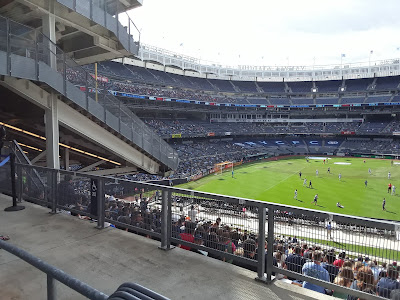 The club is owned jointly by the New York Yankees and Manchester City, currently playing at Yankee Stadium in the Bronx until their new stadium project is complete.
The Bronx is the northernmost of the five boroughs of New York City. It is south of Westchester County; northeast and east of Manhattan across the Harlem River and north of Queens across the East River. The Bronx has a land area of 42 square miles and a population of almost 1.5 million.  While we were in the borough we visited the Bronx Zoo and the renowned Arthurs Avenue, where we visited the Bronx Beer Hall found within a busy market hall. 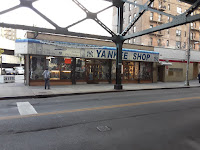 The new Yankee Stadium was built in 2009 and is meant to evoke elements of the original stadium. The exterior is modeled on the original 1923 look and the interior closely resembles the post 1988 dimensions of the ground. Because of the unique measurements of the Yankee Stadium field, the playing surface of the soccer pitch is the smallest field in all of the MLS just 110 yards long by 70 yards wide and the smallest allowed by FIFA's international guidelines. The current stadium features 4,300 club seats and 68 luxury suites. 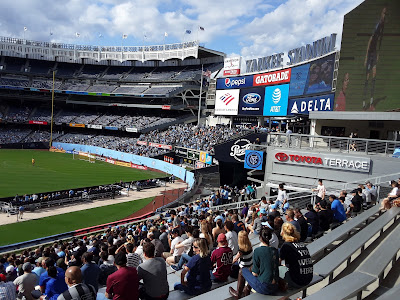 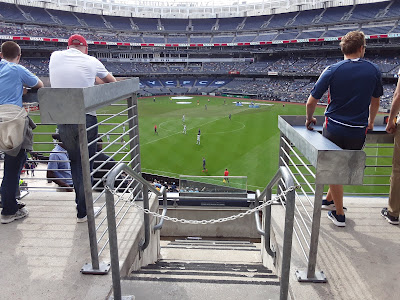 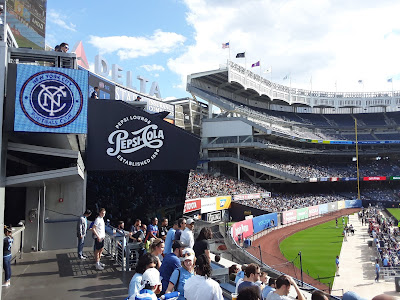 New York City went to the top of the Eastern Conference after recording a fifth straight win. They fell behind to an early goal when Juan Fernando Caicedo ran onto a long ball to fire in the opener. New England were reduced to ten men after just 9 minutes after a VAR assisted dismissal for Antonio Delamea Milnar and from that point it was backs against the wall. NYC missed an array of chances until finally equalising when Jesús Medina flicked in a right wing cross with twenty minutes remaining. The Blues were rewarded for their dominance, clinching the winner deep into stoppage time with Medina fired in his second after a foul on Alexandru Mitriță. 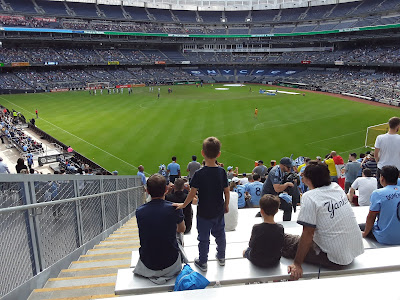 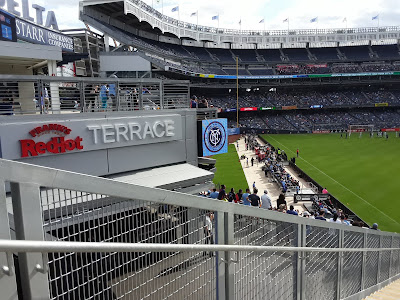 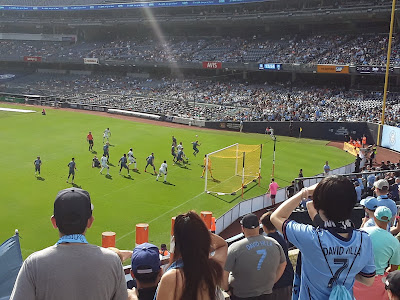 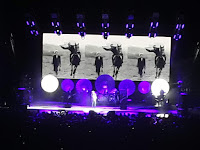 Those of you who follow me on Facebook and Instagram will already know what a dream holiday the breadknife and I had in the Big Apple. Apart from hitting all the tourist hot spots and some of the best pubs in Manhattan & Brooklyn there were three stadiums visited. The match at Yankee Stadium was followed by the Forest Hills Stadium in Queens, but not to watch tennis, but to see a fantastic show by Morrissey, which was the best Mozza gig I’ve seen in years. 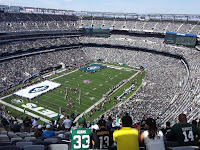 Following Super Saturday, Super Sunday saw us head over to New Jersey for the Buffalo Bills @New York Jets at the Metlife Stadium, which kicked off the new NFL season. (more to follow on my other blog) So overall a fantastic week in New York, a city I’ve already started to miss and inspired to return to someday. 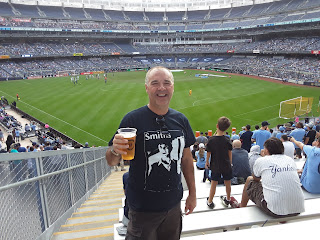