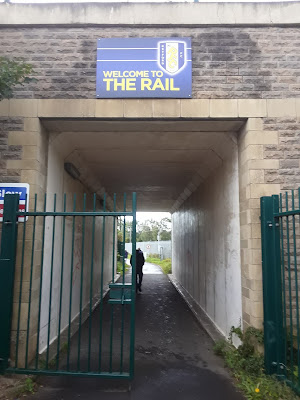 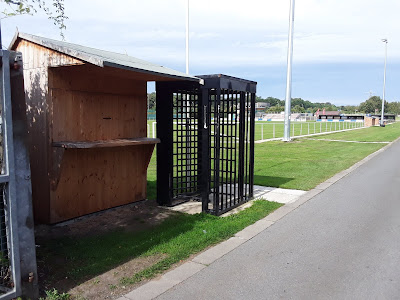 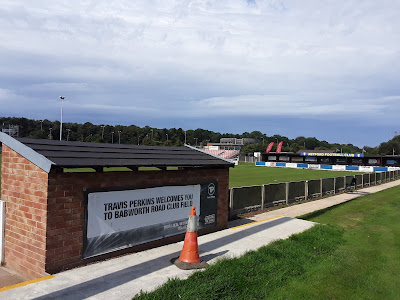 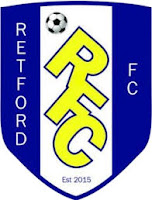 Retford is a market town in Nottinghamshire in the East Midlands in between Nottingham to the east and west of Lincoln.  The town is in the valley of the River Idle and the Chesterfield Canal passes through the centre. Retford is one of the oldest boroughs in England, mentioned in the Domesday Book as 'Redeforde' (population over 22,013) 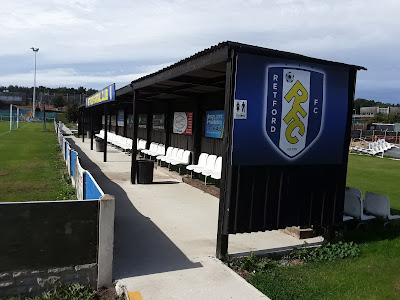 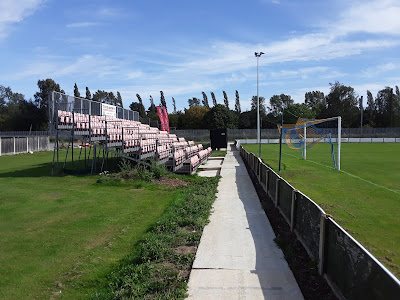 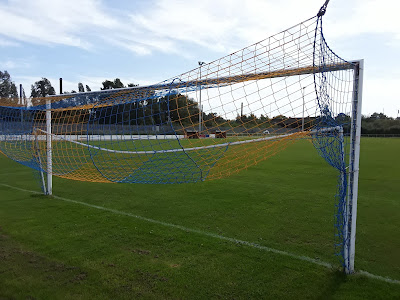 The club moved to The Rail in 2017 after ground sharing with Retford United. The ground has been developed over a short period of time with hard standing all around and floodlights for the necessary Step 6 requirements.


There are three stands, an uncovered bank of seats and a small row of seats behind the far goal, with a similar shallow stand behind the goal at the entrance end. The changing rooms are behind the far goal at the back of the neighbouring bowls club. The ground has an interesting entrance through a subway underneath Babworth Road which bridges the East Coast Main Line. I've been to quite a few grounds where you can view the passing trains on this line, but this must be the closest, just a few yards from the team dugouts on the east side of the pitch. 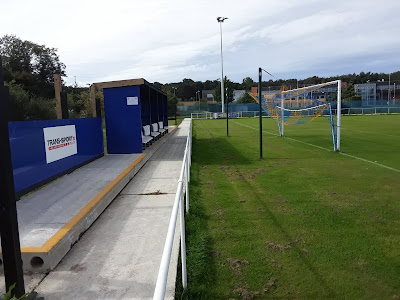 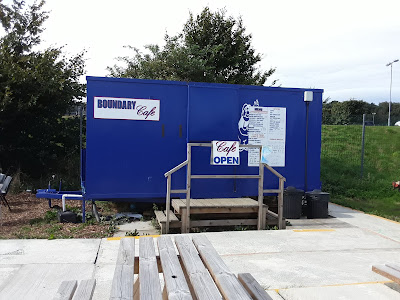 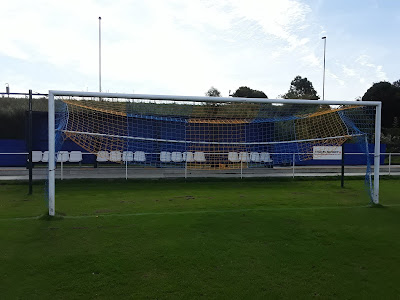 Barton took the lead midway through the first half when a left wing ball was side footed home by Ben Hinchcliffe. As the match progressed it looked like that goal would be the decider until the Choughs were awarded a penalty with twenty minutes left, which was converted by Shay Evans-Booth. The visitors quickly responded regaining the lead three minutes later when Waudby's shot was saved only for Marc Cooper to be on hand to net the rebound. The Swans booked their place in the next round of the Vase when Goddard laid the ball onto Craig Dislay to curl into the bottom corner of the net to make it 3-1 ten minutes from time. 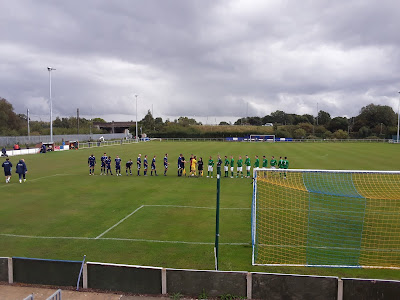 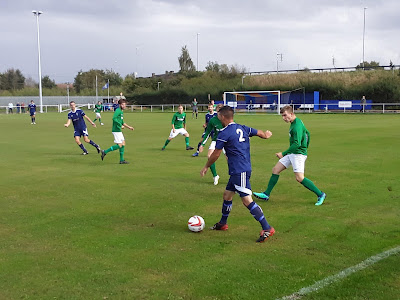 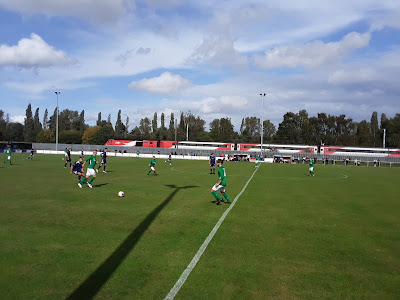 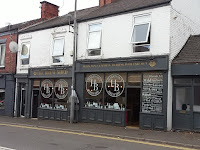 As I arrived early (and the pubs weren't open yet) I walked along to the ground to check out how far it was from the station to The Rail, as there was little time in between the match finishing and boarding my return train home. When I arrived at the ground it was open with not a soul around, so I took my blog pictures before strolling back into the town centre.
I revisited the Dominie Cross for breakfast then onto BeerHeadZ, White Lion, Ship Inn, Idle Valley and my favourite of the day - The Brew Shed, where I supped a few of the Harrison ales, brewed just a stone's throw away from the pub.
I had a very enjoyable day in Retford and look forward to returning in the not too distant future to do a similar day trip when I tick off Retford United.
on September 01, 2019
Email ThisBlogThis!Share to TwitterShare to FacebookShare to Pinterest
Labels: Barton Town Old Boys, Retford

Hi Shaun,
I’m Paul, the QPR supporter who shared the journey from Darlington to York in your company.
Looks like an enjoyable day in Retford, must try out The Brew Shed next time I visit my sister.
Great account of the match and pub activity. I had a great day at Hillsborough with QPR winning, despite the referee!
The train arrived into Sheffield at 11:56 exactly 1 hour late (held at Meadowhall for 40 min) due to breakdown ahead.

Cheers Paul! I had an eye on the QPR game and pleased you saw an away win. All the best!