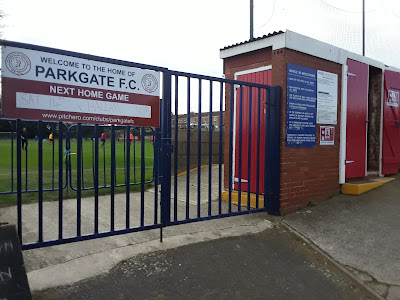 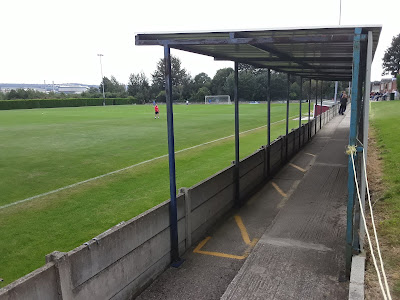 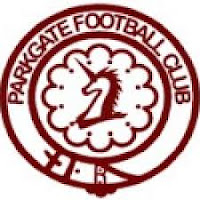 Parkgate is a suburb in Rotherham which is now part of the neighbouring Rawmarsh, near to the Park Gate Iron and Steel Company.

The club was established in 1969 as BSC Parkgate starting life in the Hatchard and Sheffield Association leagues. In 1990 they changed their name to RES Parkgate before The Steelmen became plain Parkgate FC four years later.
Yorkshire League 1974-1982
Northern Counties East League 1982-present
Division One champions 2006-07 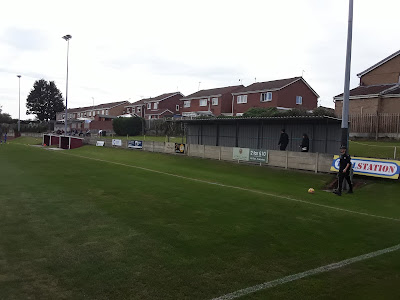 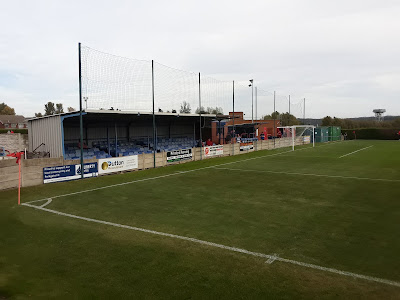 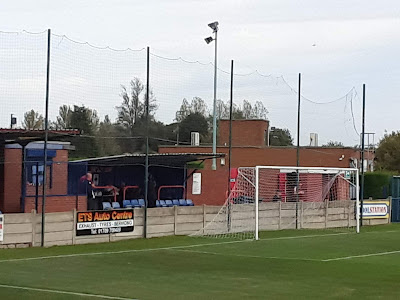 The complex car park is shared with the golf course and Rotherham United Academy. The ground has two seated stands behind the goal by the turnstile entrance with a tea hut in between. The smallest of the two covered seated stands is nicknamed “The Saga Stand”. There’s a few large steps of terracing running down one side with a small covered enclosure. The far goal is open and the other side has a hedge border which runs pitch length with the RUFC pitches on the other side.
A new record attendance was set in July when a capacity crowd of  1,536 witnessed a pre-season friendly v Rotherham United 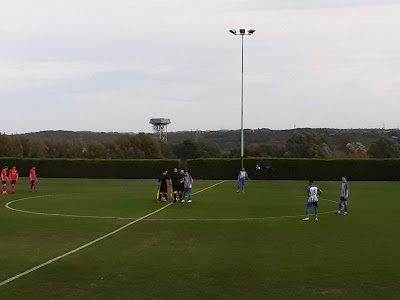 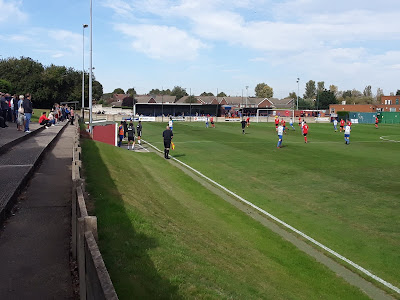 The Steelmen twice hit the woodwork before a long ball found Zak Khalifa who had time to pick his spot then volleyed home in the 35th minute.
Hallam improved in the second half and they equalised in the 78th minute when a corner kick went through the defence and found Micah Bishop at the far post to fire in off the crossbar.
After a goal each there was a red card apiece in added on time. A bad challenge by Parkgate’s Elliott Simpson on Clayton saw a straight red then in the final minute Hallam equalised again, when Tyler Bradley received a second yellow card. 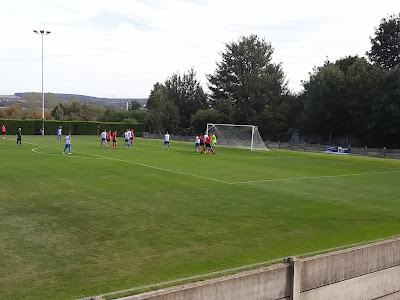 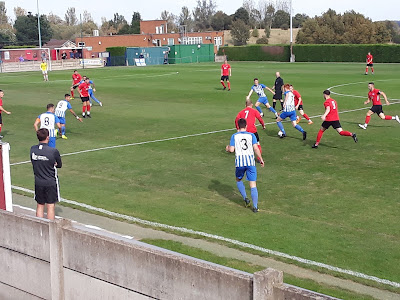 Current NCEL grounds visited 30/40
A solo 117 mile drive door-to-door via A1/J37 then the winding country roads down to Parkgate. I set off at 12.20pm and the trip went well until I reached the vicinity of the ground. I ended up in the neighbouring housing estate and couldn’t find the lane which leads into the complex, but I still arrived in good time at around 2.35pm.
The return journey went smoothly so arrived back at 100FgCHQ at seven bells. 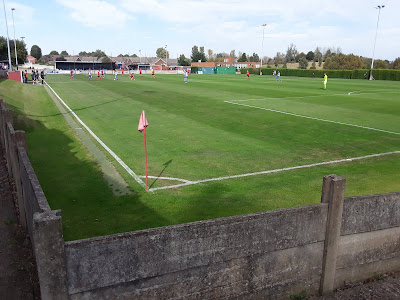 on September 15, 2019
Email ThisBlogThis!Share to TwitterShare to FacebookShare to Pinterest
Labels: Hallam, Parkgate